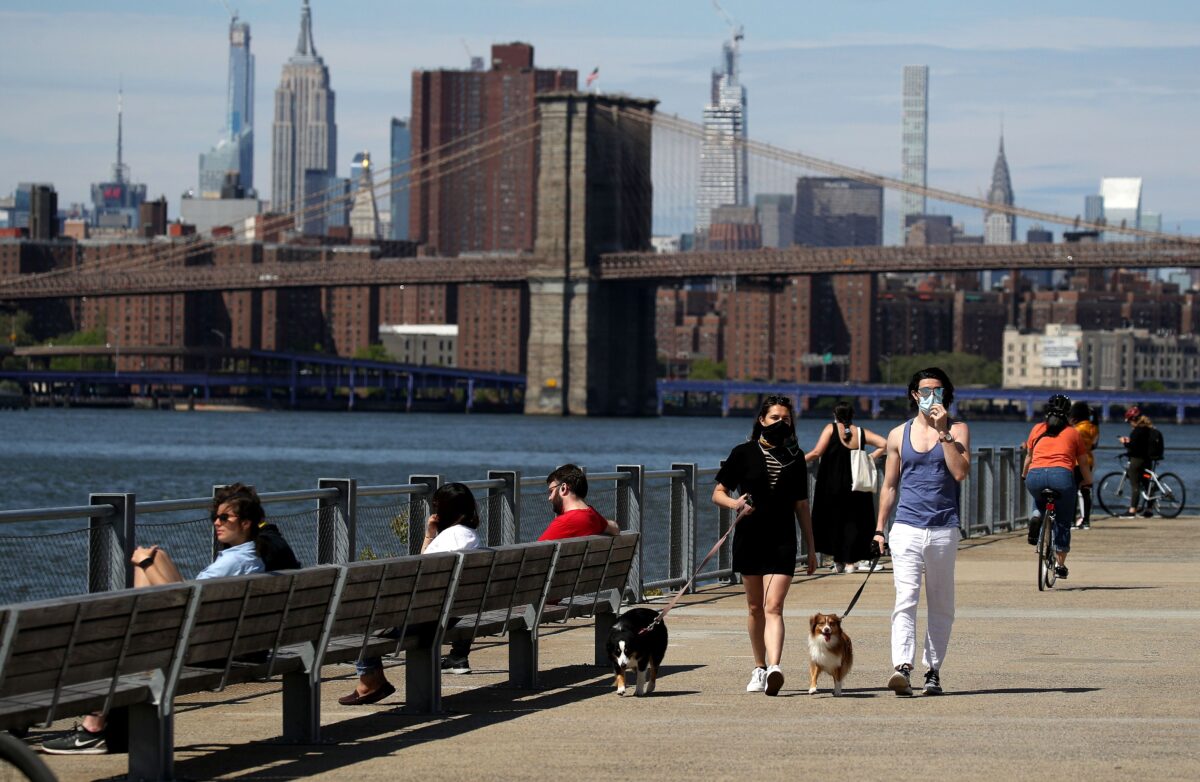 In the 2016 U.S. election Hillary Clinton won the popular vote handily, but—against all poll and virtually all pundit predictions—she lost the election because Donald Trump amassed a winning number of Electoral College votes.

The outcome so stunned and outraged Clinton’s followers that an instant “resistance” sprang up to protest what they perceived as an illegitimate victory for Trump. For the next four years, Clinton herself, Democratic politicians, Big Tech and most major media outlets banged the “illegitimate presidency” drum, seeking by any and all means, fair or foul, to unseat Trump. Democracy, we were told again and again, was “dying in darkness.”

(Perhaps more like apathy or disdain for the options. It is noteworthy and relevant that neither Clinton nor Trump received a majority of all those who were eligible to vote, or even those who were registered to vote, many of whom failed to show up, perhaps because they considered both candidates unworthy of their vote.)

It was almost as if these highly educated people (as Clinton’s most ardent supporters tended to be) were unaware that their country is not a direct democracy. The United States is not ancient Athens. It is a republic, whose wise founders mandated the Electoral College in the Constitution’s 12th Amendment, with its state-by-state electoral system, to ensure that citizens’ diverse interests and values were protected in the election process.

The Electoral College is what stands between J.S. Mill’s famous “tyranny of the majority” and the disenfranchisement of citizens who live in less populous communities and in geo-political clusters. They are by urban elites’ standards less—to put it kindly—enlightened than their good progressive selves, but they are no less American in their right to freedom of opinion and speech, and no less valuable contributors to the nation’s common weal.

Ferment over the alleged unfairness of the Electoral College first began to bubble up over the “hanging chad” election of 2000, which was decided in George W. Bush’s favour by the Supreme Court, to the fury of Al Gore supporters. By 2006, a movement began to coalesce in support of a proposed system called the National Popular Vote Interstate Compact (the Compact), whereby the Electoral College voters in any of its member states would assign their votes to whichever presidential candidate won the overall popular vote in the 50 states and the District of Columbia. The gambit is an intended end run around the constitutional requirement, near impossible to meet, for three quarters of the states’ approval to amend the 12th Amendment.

In his forthcoming book “Un-Cancelling America: Resisting Political Thought Control in American Society,” David Barnhizer, professor of law emeritus at Cleveland State University, with a formidable history in teaching, writing and consulting, has analyzed the extraordinary factionalism within the states (plus the District of Columbia) that had signed on to the Compact by May 2019. All—Maryland, New Jersey, Illinois, Hawaii, Washington, Massachusetts, Vermont, California, Rhode Island, New York, Connecticut, Colorado, and New Mexico—have Democrat-controlled legislatures. In each case, Clinton dominated the large urban centres and/or coastal regions, while Trump dominated the rural and central areas, mostly by dramatic percentage margins.

If the Compact were to achieve its goal, the effect would be election outcomes controlled by America’s 10 largest metropolitan areas. In California, for example, Clinton received 7,363,490 votes to Trump’s 3,916,209. To parse California even finer, it was the voting margin in five counties—Los Angeles, San Francisco, Santa Clara, San Mateo, and San Diego—that gave Clinton the 2,528,011 votes that alone provided her entire national margin over Trump: 65,844,610 votes to Trump’s 62,979,636 (with another 7,804,213 votes cast for other candidates).

Under the Compact’s aegis, between New York City and California’s privileged enclaves, a Republican candidate would have a “handicap” of five million votes, which by coincidence is the near-exact popular-vote advantage Biden achieved in this election. Fortunately for the Democrats—and for the nation; a Trump Electoral College win in California and New York could have fomented violence on an uncontrollable scale—the Electoral College votes tipped to Biden.

Since the polls were off nearly as much in 2020 as they were in 2016, with a great “blue wave” anticipated, there had been a great deal of chatter among the far-left Democrats about using their expected political dominance to push the Compact principles to the fore of their agenda. There was bold discussion about making the District of Columbia (more populous than Vermont, and overwhelmingly, predictably Democrat) into a state, adding two Democratic senators. They even fantasized about the far more complex notion of Puerto Rican statehood. But the wave having subsided into a ripple, with diminished strength in the House and the Senate almost certain to fall into Republican hands, bravado on those fronts has dissipated.

If Trump had reprised his 2016 Electoral College win, however, the Compact campaign would certainly have picked up steam. What if more and more states had signed on to it, ending up with something like 290 Electoral College signatory states in total? Could they triumph? Because if they did, as Prof. Barnhizer put it to me in an email exchange, “It would destroy the essence of our form of political system and permanently shift the country into an ‘Urban Superstate’ where a significant part of the nation would be ruled by the major cities and most intense Identity Groups.”

But that could never happen, you might say, because if Electoral College voters ignored their state results and assigned their votes contrary to the majority state will, the matter would go to the Supreme Court. They would decide that those voters in Compact states who had not voted for the Compact’s preferred candidate had been robbed of their constitutional rights. Certainly, with the present configuration of six-three conservative justices—thanks to Donald Trump—that would doubtless be the outcome, and the Compact would fold its tents.

But what if the blue wave had happened, or happens eventually? Many Democrats, angry at Trump’s under-the-wire appointment of constitutional originalist Amy Coney Barrett to the Supreme Court, openly declared a wish for court-packing as their first order of business. In October, Joe Biden pledged to appoint a bipartisan commission to produce “recommendations as to how to reform the court system, because it’s getting out of whack.” Would a bigger, majoritarily liberal court consider the Compact unconstitutional?

Barbara Kay has been a weekly columnist for the National Post since 2003. Publications she currently writes for include thepostmillennial.com, Canadian Jewish News, Quillette, and The Dorchester Review. She is the author of three books.