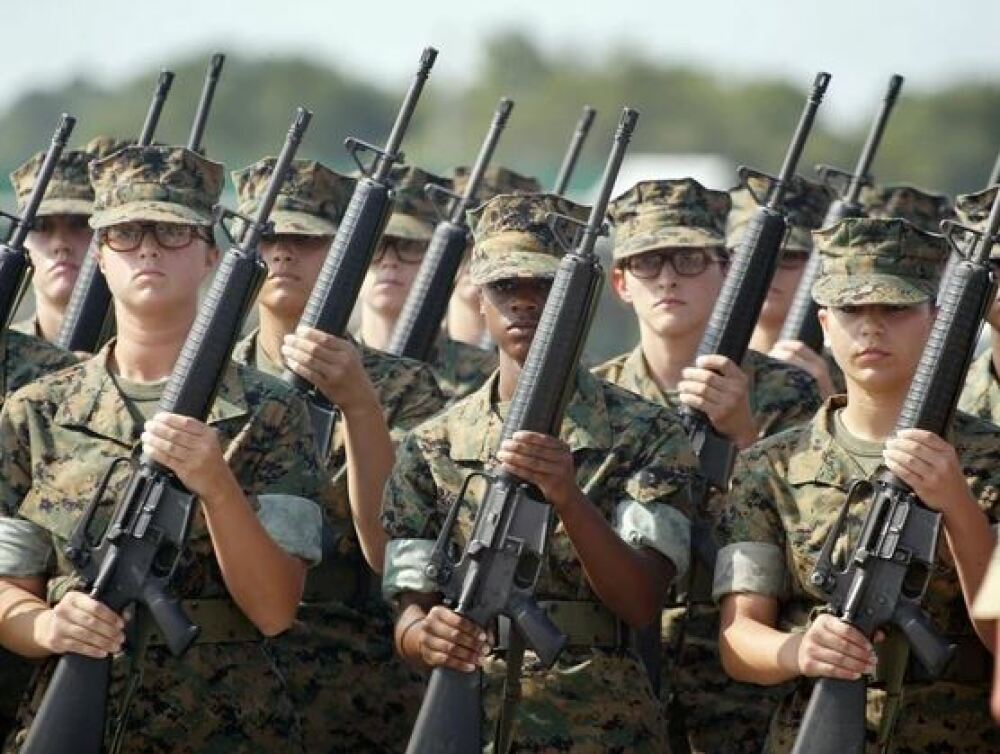 U.S. Army forced to admit that male and female soldiers are not equal

Last week, the Biden administration requested that males who identify as transgender register with the Selective Service — which is required by law for men aged 18-25 — according to their sex at birth, not their gender identity

In 2021, U.S. President Joe Biden was so eager to please his progressive faction that during his first week in office, he ordered transgender recruits to be treated by the military according to their gender identity, not their biological sex, reversing the Trump administration’s ban. But his administration has been forced to admit that identifying as the opposite sex does not change one’s immutable characteristics at birth.

Last week, the Biden administration requested that males who identify as transgender register with the Selective Service — which is required by law for men aged 18-25 — according to their sex at birth, not their gender identity. Those who were born female but identify as men are not required to register. On Twitter, the question promptly arose: “If Trans Women aren’t Women regarding Draft Registration, why are they Women when it comes to sports, prisons, bathrooms, etc.?”

A cynic might answer that it is easy to pander to radical gender theories when it is only women who are disadvantaged, but that the looming spectre of proliferating war, which now preoccupies those tasked with national security in the West, entails the acknowledgement of certain hard realities.

When Russia invaded Ukraine, evacuation plans were made for women and children, but male Ukrainians up to the age of 60 were not permitted to leave. There were no protests, as everyone understood the rationale. This was real life, with the nation’s survival at stake.

Combat, like sport, is all about biology. And fit men are, with too few exceptions for general policy-making, better suited for combat than fit women.

A 1992 Presidential Commission on the Assignment of Women in the Armed Forces report found that, “The average female army recruit is 4.8 inches shorter, 31.7 pounds lighter, has 37.4 fewer pounds of muscle and 5.7 more pounds of fat than the average male recruit. She has only 55 per cent of the upper-body strength and 72 per cent of the lower-body strength.” Further, “The average 20-to-30 year-old woman has the same aerobic capacity as a 50 year-old man.”

Nevertheless, in 2015, 19 army jobs previously closed to women were opened — including infantry, armour, cavalry, fire support and special forces. It made no sense, but encouraging women to take up combat roles was always more about “glass ceilings” than evidence-based policy. As multiple internal military studies have demonstrated, only “gender-norming” — the lowering of standards for women — will ensure that women’s performance achieves recorded parity with men’s performance.

In 2012, as the military was in the process of integrating men and women, a female marine, Capt. Katie Petronio, published a controversial essay in the Marine Corps Gazette, advising the military that, “we are not all created equal, and attempting to place females in the infantry will not improve the Marine Corps as the nation’s force-in-readiness or improve our national security.”

Petronio came to the marines as an elite college athlete, the cream of the candidacy cream, and scored “far above average in all female-based physical fitness tests” while undergoing training. Yet deployment in various combat hot spots took a dreadful toll on her body.

In Afghanistan, the ongoing stress of combat operations over several months caused her legs to atrophy and buckle, and her mobility to decline. Petronio lost 17 pounds and developed polycystic ovarian syndrome, which rendered her sterile.

“I understand that everyone is affected differently,” wrote Petronio. But “I can say from firsthand experience in Iraq and Afghanistan, and not just emotion, that we haven’t even begun to analyze and comprehend the gender-specific medical issues and overall physical toll continuous combat operations will have on females.”

Conscription ended in the U.S. in 1973. But registration with the Selective Service for all male citizens and immigrants continued, and the penalties for failing to register can be harsh. Women had agitated for equality of opportunity in the military, but they balked at being forced to register with the Selective Service. So male-only registration soon became a bone of contention.

In 1982, forced registration for women was one of the major sticking points in the failure of the equal rights amendment (ERA), which was passed by Congress 10 years earlier, to achieve ratification, due to a successful STOP ERA campaign. It helped the ERA dissenters that in 1981, a Supreme Court decision affirmed the constitutionality of the Selective Service System’s male-only registration policy on the grounds that the two sexes were “simply not similarly situated for purposes of a draft.”

Women currently make up 16 per cent of the Canadian Armed Forces (CAF). This figure is an embarrassment to the military, which has poured extraordinary time, effort and money into recruiting women, in an effort to achieve a modest 25 per cent female enrolment. Yet in spite of a serious shortfall in manpower — 12,000 short in recruitment with another 10,000 unavailable for duty as of last November — the CAF remains fixated on gender equity.

The U.S. military is also experiencing a recruitment shortfall. It’s so grave that, according to one military analyst, “2022 is the year we question the sustainability of the all-volunteer force.”

By no coincidence, the U.S. military is now as hyper-woke as ours. Decorated Afghanistan war veteran James Hasson’s 2019 book, “Stand Down: How Social Justice Warriors are sabotaging America’s military,” counts the ways. Cringe-inducing examples include an army “gender integration study” urging an end to “hyper-masculinity” (while China is doing “masculinity training”), and PowerPoint presentations instructing commanders about “male pregnancy.”

As former U.S. infantry officer Brian Mitchell, author of “Women in the Military: Flirting with Disaster,” pointed out so persuasively in 1997, rather than shortfalls being a reason to recruit women, recruiting women causes shortfalls: “The more attractive you make the military look to women, the less attractive you make it look to men.”