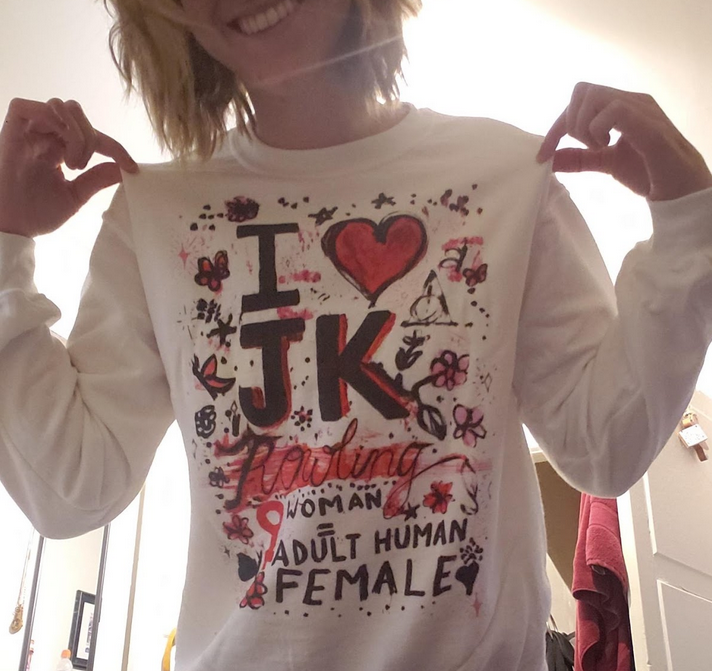 It is important that ordinary people understand that the phenomenon of cancellation has spilled over the banks that once contained the process to high-status people in the public eye.

Because I write frequently about cancel culture and free speech issues, hardly a week goes by that I don't receive a request to tell the story of someone who has suffered consequences for holding and expressing "incorrect" opinions. Almost every story evokes my sympathy for the victim, and most of them contain discouraging evidence of the progressive shrinkage of the free-speech window in our culture.

Trouble is, just when the story has engaged my writerly instincts, I too often run into these or similar words: "Please do not use my real name." At this point, my enthusiasm flags, and I regretfully inform the individual that unless he or she is willing to go on the record, I won't write about it.

I have on occasion respected a protagonist's anonymity when the story highlights institutional injustice in its policies, and the policies are themselves the big deal, rather than the particular victim of them, whose importance is his or her service as a vehicle for their exposure. I also realize there are very good reasons why someone writing up his or her own story in order to demonstrate a systemic problem in an institution or in society in general may choose to write under a pseudonym.

But both of these exceptions are quite a different kettle of fish from a journalist writing up a stranger's story. In the latter case, the story loses its punch if I can't name names. When an informant is guaranteed anonymity, you're asking the reader to place enormous trust in you, the writer, a burden I am not interested in shouldering. Even the most shocking revelations – such as President Trump's alleged comments about AmericanWorld War Two soldiers buried in France being "losers" and "suckers" – arouse skepticism and irritation, whether or not they prove to be true, when they are detached from an identifiable human being.

All this to say that it is fairly rare when someone who has requested anonymity undergoes a change of mind when presented with my reasons for backing off. When that happens, I feel obligated to ask if he or she has considered the consequences of going public. It will be on the record, I tell them, and may incur blowback of an unpleasant or even career-altering nature. To ensure my conscience remains clear and to avoid any blame if "buyer's remorse" sets in, I don't press anyone to "out" themselves. In fact, I ask these individuals to do a cost/benefit analysis to be sure they do not act impulsively. When they do, after independent consideration, offer me informed consent to speak on the record, I treat it as an act of courage, to be honoured in our "fear society" as an inspiration to others.

So today I honour 27-year old Vanessa Vokey of Guelph, Ontario. Check her out here. As you can see from her bio-video, she is smart, talented and career-focused, with a great sense of humour and – significantly for her story – a huge fan of the Harry Potter series.

Vanessa was hired last month to work as a social media/website content creator at The Cornerstone, a vegetarian restaurant in Guelph, Ontario, then branching out into online food delivery service. Her employment there happened to coincide with the social-media explosion around Harry Potter author J.K. Rowling following the famous writer's public declaration of support for those feminists known (positively) as "gender criticals" and by their hostile detractors as TERFS (Trans Exclusionary Radical Feminists).

Gender criticals refuse to say that transwomen "are" women, as trans activists insist they do. Sometimes there is a big price to pay for holding that opinion. (I guess I must be a gender critical, as I am aware that no degree of self-identification with the opposite sex, including surgery on the secondary sex characteristics of breasts and genitals, changes one's biological sex.)

Vanessa described herself to me as a "socially liberal person but I am also not politically aligned with any one ideal." A tomboy growing up, she has been following feminist issues since she was a teenager. Nowadays she is a member of a few gender critical groups on Facebook. She has shared several posts in support of Rowling and against the silencing of people who push back against gender ideology.

Nowhere in any of her posts did Vanessa mention that she worked at The Cornerstone. But apparently someone, perhaps a fellow employee, alerted Vanessa's boss, Mark Rodford, to her page. He called her out for posting "intolerant" content on Facebook. When she asked for an example, she says Rodford at first demurred, then finally, at her urging, pointed out a posting titled "I supported trans ideology until I couldn't anymore." Vanessa says he admitted to not having read the actual post, but insisted the title alone was sufficient to indicate it was harmful to trans people in "denying their reality." According to Vanessa, Rodford equated his employment of her with employment of a "racist."

Vanessa says she riposted that it is not intolerant to wish to protect women in their private spaces from sexual predators, nor should she be obliged to subscribe to the "religious belief" that surgery changes a person's biology. To this Rodford allegedly replied that this opinion was proof of her intolerance. (I informed Mark Rodford by email of Vanessa's allegations and invited his response as to their veracity, encouraging any further comments he cared to make regarding the incident, either by email or in a telephone interview, but I had no reply.) So ended Vanessa's job with The Cornerstone. (To add to her bad luck, she was in a car accident the following day in which she narrowly escaped grave injury or death.)

But that was not the end of Vanessa's adventures in censorship.

Rowling's identification with the gender criticals, elaborated on in a deeply personal essay, brought the ongoing debate to fever pitch. After being fired, Vanessa turned her hand to Rowling/gender-critical themed merchandising (quirkystitchcrafty) on Etsy.com.

I realize Vanessa's story does not fall under the heading of major news in the realm of cancel culture, like the forced resignation of an editor at The New York Times for publishing an "incorrect" op ed, or the withdrawal from publication of Woody Allen's memoir, or the attempted cancellation of J.K. Rowling. But that's precisely why I chose to tell it.

Cancel culture is pandemic. There are doubtless thousands of Vanessas out there: being fired, being harassed on social media, being suspended from websites like Etsy on a daily basis, merely for holding opinions that are not only legitimate, but the received wisdom of humanity up until about five minutes ago.

We mostly see the tip of the iceberg, the famous cases. And oftentimes people think to themselves, oh well, these are privileged people. They can always find another job or write another book. The Vanessas of this world are not privileged. They are decent people, upstanding, hard-working citizens, eager to make their contribution to society. They are also not haters. They have the right to express their non-hateful opinions, and to be left alone thereafter. It is important that ordinary people understand that the phenomenon of cancellation has spilled over the banks that once contained the process to high-status people in the public eye. It can happen to anyone. It can happen to you.

Who is Mark Rodford, the proprietor of a vegetarian restaurant, to tell Vanessa Vokey what she can and cannot say on her own Facebook page, when she made no mention of her connection to The Cornerstone on it? Who made Mark Rodford a member of the Thought Police? Where did he get the idea that it is normal behaviour to fire an employee for opinions he may not agree with, but that have no relevance to him personally or to his business?

Does Mark Rodford even understand the substance of the gender ideology Vanessa is critiquing? I doubt it. I believe his indignation was a reflexive response to gender dogmas he has absorbed by cultural osmosis. I think he experienced Vanessa's implied criticism of trans ideology in the same spirit as any whisper of criticism of Islam is experienced by bystanders in certain fundamentalist Muslim countries, or criticism of the Chinese Communist Party in present-day Hong Kong. That is, as a form of blasphemy. Also reflexive: the inclination to punish the alleged transgressor.

To be clear, I have no wish for Mark Rodford or his business to be materially affected by this column. I am not calling for the mob to descend upon him in retaliation for his ill-considered treatment of Vanessa Vokey. I don't want The Cornerstone to lose a single takeout order on my account. Because that is not the way we anti-Wokesheviks operate. Indeed, I would have some sympathy for Mark Rodford if he had fired Vanessa because there was a mob of trans activists standing outside his restaurant screaming at him to do so on pain of a social media campaign denouncing him and his business. But there was no mob. He fired Vanessa off his own bat. So I have no sympathy whatsoever for him.

What I do hope is that Mark Rodford takes a lesson from this episode. I hope it helps him to recall that our country is not a theocracy or a one-party state, but a democracy—and that a democracy's strongest pillar is freedom of speech. And that if another such occasion arises, he will realize that he should let it go, because it is literally and figuratively none of his business.

Finally, Godspeed to Vanessa Vokey in her future endeavours, not least the worthy cause of championing science over ideology in the field of human biology.