Unsporting: How Trans Activism and Science Denial are Destroying Sport

Radical gender activists are using a pseudoscientific theory of human biology to hijack sports and subvert the long-established concepts of fair play — forcing women and girls to risk their safety, pushing them aside for male athletes using the excuse of “inclusivity.”

Anyone who questions this dogma risks being branded as a transphobe and having their social and professional lives “cancelled”.

In the new book, Unsporting: How Trans Activism and Science Denial are Destroying Sport, former Canadian track champion Linda Blade and renowned National Post columnist Barbara Kay, examine the dangers of gender ideology in sports. They document the attack on biological facts upon which the level playing field of sports rests.

Tackling issues few have the courage to say out loud, Unsporting shows the harm inflicted on female athletes, and identifies the institutions driving this movement.

What does the future hold for sports if biological reality is ignored? Blade answers that question, and concludes with a reasonable plan to reverse course. 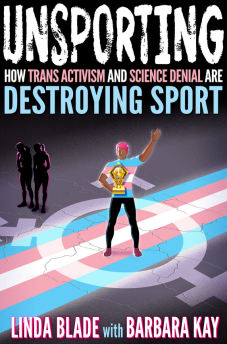 It’s 1992, and language tensions are roiling Montreal. But 100 kilometres away at the peaceful Le Centre Equestre de L’Estrie in Quebec’s Eastern Townships, francophones and anglophones, bonded by their common love of horse sport, get along just fine.

Cracks appear in the stable’s sunny façade, though, when Le Centre is designated the site of a prestigious competition for Olympic hopefuls in the disciplines of Dressage, Three-Day Eventing and Jumping. Suddenly personal conflicts surface. Political and language tensions flare. The stable office is vandalized, the walls covered in anti- anglophone graffiti. A beautiful stallion is mutilated. A viciously anti-Semitic fax is sent to Le Centre’s Jewish owner. Three culprits? Two? One?

Then the head stable boy’s strangled corpse is discovered. A murder investigation begins, with former Jumper champion Polo Poisson cast as chief sleuth. Suspects abound, as everyone with a stake in Le Centre’s success hated the victim – and with reason. Over the course of three days, Polo tracks all the intertwined mysteries to their source, in the process flushing out a long suppressed mystery about his own past. 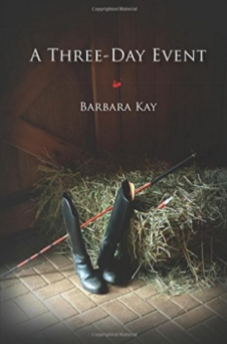 A Cultural Memoir and other Essays is a collection of unpublished writing by National Post columnist Barbara Kay. This wide-ranging selection includes original essays – notably the title essay, a mini-memoir of the cultural and intellectual influences that shaped Kay’s worldview - as well as a discursive ramble through the bizarre sub-culture of the pit-bull advocacy movement. 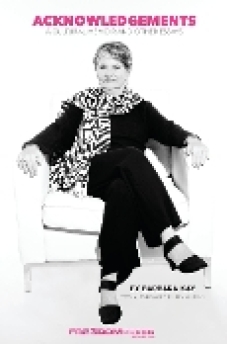 Is the memoir of a South Asian immigrant to Canada, whose formative years in India were steeped in a reigning culture of honour and shame, in which the burden of the family's good standing rests on the sexual purity of girls and women. The book traces the author's lonely, poignant, often risk-charged struggle to free herself from the oppressive code. As well, the book chronicles her courageous battle to help other South Asian girls and women in Canada step out of their kinsmen's ancient patriarchal cycle and claim their gender rights as fully equal Canadian citizens. 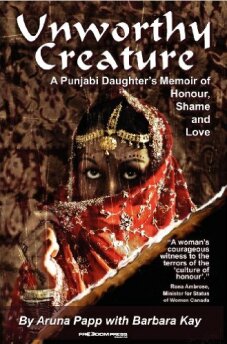