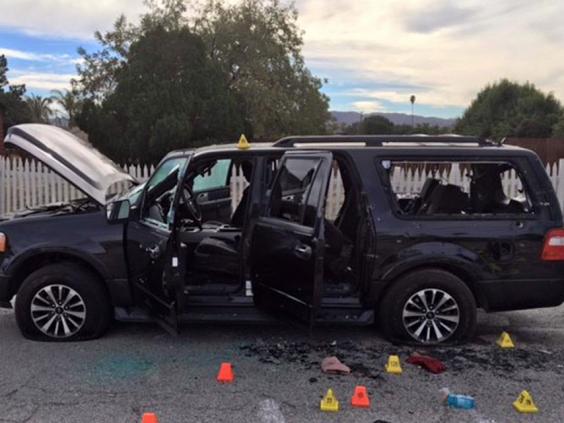 As jihadis, women can be just as savage as men

“Hell hath no fury like a woman scorned.” The old dictum must be retired. Women rejected in love may very well be dangerous, but all the fury of all the scorned women in the world pales in fearsomeness beside the ferocity unleashed by women set ablaze by ideological passion.

News of females abetting, and even fighting alongside male warriors is no longer surprising. We first took special note of the phenomenon in our era with reports of the “black widows” of the Chechan Republic, so called as many of them had lost husbands during the wars Russia launched against Chechnya in the 1990s. The black widows, every bit as ruthless as their former husbands, formed an organized sisterhood around 2000. They targeted Russian civilians and security units and moderate Islamic clerics in suicide attacks that accomplished their goal of terrorizing the entire population.

In the case of jihadism, what began in ethnicity soon spread to converts throughout the world. British converts seem especially susceptible to the pathology. About 60 women aged 18-24 are believed to have travelled to join IS in 2014, and dozens more have made inquiries, their zeal apparently stoked by the beheading of American journalist James Foley in August, 2014. Many make no attempt to sugarcoat their bloodlust. “My son and I love life with the beheaders,” said British jihadist Sally jones. Mujahidah Bint Usama tweeted a photo of herself wearing a hospital coat, holding a severed head, with the message: “Dream job, a terrorist doc.” There are female jihadist doctors, engineers, translators and general factotums, many lured by smooth-talking recruiters to join Islamic State’s ranks. British female jihadists are said to be in charge of guarding 3,000 non-Muslim Iraqi sex slaves.

Some American women have travelled to Syria to support IS, but now the female jihadist factor has arrived inside the U.S. in a dramatic way. After the San Bernardino massacre last week, it came out that while the murderous couple had been radicalized for some time, the driving partner was Pakistani-born Tashfeen Malik, wife of U.S. born Syed Rizwan Farook. Malik left a post on her Facebook page indicating her allegiance to IS, leaving little wiggle room for those who reflexively assume that in couple killing sprees, the woman is taking her cues from the man (and is therefore less culpable).

We would like to believe that women are victims, not perpetrators of violence, and that bloodlust is a peculiarly male quality. But history shows us that in no movement depending on violence are women entirely passive or resistant. Significant numbers of women have always found ways to put their shoulder to the wheels of war. Choose any revolution or war – the Spanish-American wars of independence, the November Uprising in the Polish-Russian War, World War II – women have been fighters, spies, executioners, couriers and, notably amongst the Palestinians, mothers indoctrinating sons in the beauty of martyrdom.

Women make excellent terrorist. They tend not to arouse suspicion and they are further privileged in having the right to walk around masked. Girls raised in strict patriarchal cultures are furthermore highly susceptible to the blandishments of IS recruiters who promise them lives of adventure, romance and – above all – freedom: freedom to have sex, to be independent, to be part of what they perceive is a heroic movement. Dr. Anat Berko, an Israeli psychologist and IDF reserve officer who specializes in the study of terrorism, has done a great deal of research on female suicide bombers. (Suicidal Palestinian girls and women, once a rarity, are now a commonplace. Significant numbers are participating in stabbing attacks in what is being called the Third Intifada, or the “knife intifada” in Israel.) Berko says these girls who join IS are the rebels of today as those who went to Woodstock were the rebels of yesterday. In IS they find a “meaning of life” that has been absent in their boring and purposeless lives before.

Our government has suggested that we can reduce security risks amongst the flood of incoming Syrian refugees by privileging families and excluding single young men of warrior age. It is assumed that men in domestic situations are domestically focused – ‘tame’ so to speak – and unlikely to jeopardize their families by acts involving a high risk of self-sacrifice. Well, Syed Farook was not only married, but the father of a six-month old child that the couple casually handed over to his grandmother while they marched off to what they had to know was death or a lifetime in prison. And would Omar Khadr, scion of Canada’s “first family of terrorism,” have been so zealous in his efforts to abet jihadism if it were not for the constant harrying towards martyrdom he was subject to from his odious mother Maha Elsamnah, who enrolled Omar in Al Qaeda training, and equally odious sister Zaynab, whose marriage to a terrorist was attended by no less a celebrity than Osama Bin Laden himself?

Feminists in the West are obsessed with “equity.” They demand equal opportunity for women to shine in male-dominated professions, and in large part they have achieved their goals. It was recently announced that women will be allowed to serve in combat roles in the U.S. military, even with the Marines and the Navy Seals, the two last bastions of male-only military redoubts in America. The symbolism of serving one’s country in defence mode is satisfying. But when it comes to initiating violence, feminists prefer that women be cast as pacifist victims who would never be violent if they were not provoked to it. In reality, we know that women perpetrate violence in their domestic partnerships at almost the same rate as men do.

We have changed our way of thinking about women’s competencies in every other area. It is time we realized that ideological radicalism that seeks pathological violence as its expression is, gender-wise, an equal-opportunity seduction – and it’s time our public policies reflected that acknowledgement.

Barbara Kay is a member of the PAH advisory board and a columnist for the National Post.