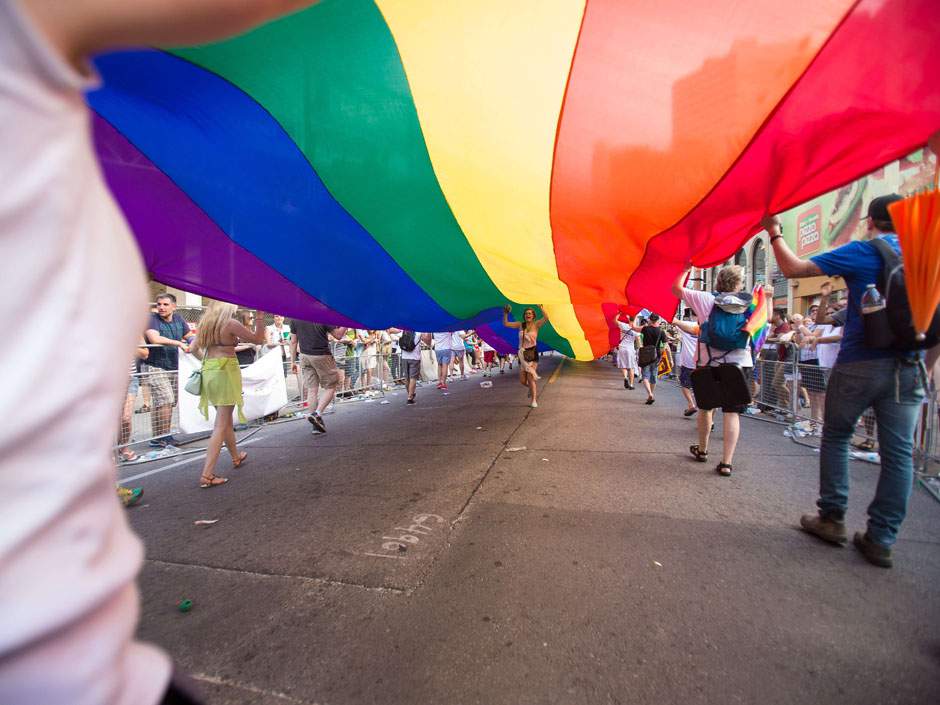 Grayson Perry, a successful British potter, has from the age of 10 enjoyed dressing up as a woman. Perry’s “alter ego” Claire sometimes favours a Mrs. Thatcher persona, sometimes a “girlish shepherdess” look. Perry considers his penchant a fetish — “my greatest sort of potent sex dream was to be a housewife walking down the road” — and nothing to do with gender identity. “I have no special insight into being a woman. I am just a bloke in a dress.”

Autogynephilia poses a serious problem for transgender advocacy. For two reasons. First, Perry and his ilk muddy the pure waters of the typical narrative: namely that males who yearn to appear as female are females who were “assigned” the wrong body at birth, and require rescue by the medical community in order to be made whole. Second, the introduction of eroticism (“potent sex dream”) into the near-spiritual and de-sexualized tropes cultivated in transgender advocacy lends credence to the idea that at least one form of cross-gender identification is paraphilia — kinkiness, in lay terms — rather than a noble, existential struggle for self-emancipation.

Blanchard’s writings on autogynephilia are directed toward the scientific community, so have little appeal for the general public. But in 2003 a disciple, J. Michael Bailey, popularized Blanchard’s work in a provocative, reader-friendly book, The Man Who Would be Queen: The Science of Gender-Bending and Transsexualism.

Bailey describes the typical autogynephiliac as the opposite of what is commonly associated with transgenderism. The autogynephiliac appears traditionally masculine in childhood and heterosexual in adulthood. He often marries and fathers children before deciding to transition. He looks male up to the point of transitioning, at which point he adopts a retro-glamorous female look. (Caitlyn Jenner fits this general description.)

Upon publication of the book, Bailey was savaged by infuriated transgender activists. One highly prominent activist downloaded to her website photos of Bailey’s young children with the caption: “There are two types of children in the Bailey household … those who have been sodomized by their father (and those) who have not.”

This month, we saw a similar mobbing of Daniel Harris, cross-dressing author of Diary of a Drag Queen, for an article he wrote in the Antioch Review, “The Sacred Androgen: The Transgender Debate.” It’s a remarkable text that pulls no punches in terms of the contempt the author feels for the transgender bullying that marks its public activism. In the push to normalize and airbrush transgender as one healthy choice amongst others, advocates are, Harris charges, suppressing unpleasant, but pertinent facts, such as the elevated unemployment and homelessness among the transgender population and, most worryingly, a transgender-related suicide attempt rate of 41 per cent. “It would be disingenuous,” he writes, “to say that the cruelty of stigmatization is the reason for all of it.”

Harris pours particular scorn on the unkindness transgender activists direct to cross-dressers and transvestites, “whom they view as dilettantes and epigones, failed women, as daffy gay men, whereas they (consider themselves) genuine heterosexuals.”

The blowback to Harris’s article was so fierce that it was briefly withdrawn, then reposted with the editor’s statement its “views and values … are not those held by the editor, the Antioch Review or Antioch College,” and “I sincerely regret any pain and hurt that the publishing of this piece has caused to … transgender people.”

What does the Antioch Review have to apologize for? If anyone has suffered “pain and hurt,” it is sex researchers like Blanchard and Bailey, and non-transgender cross-dressers like Harris. They have had the integrity to explore sexual variation in all its complexity, but have been stymied by transgender turf warriors bent on imposing an absolutist dogma that chills scientific and therapeutic progress.

None of this is to deny that there are some people who may genuinely require sex-reassignment surgery. But we shouldn’t assume anyone with any degree of gender fluidity does. Anyone who puts his head over the politically incorrect parapet to say so gets shot down by the transgender police. This has to stop.