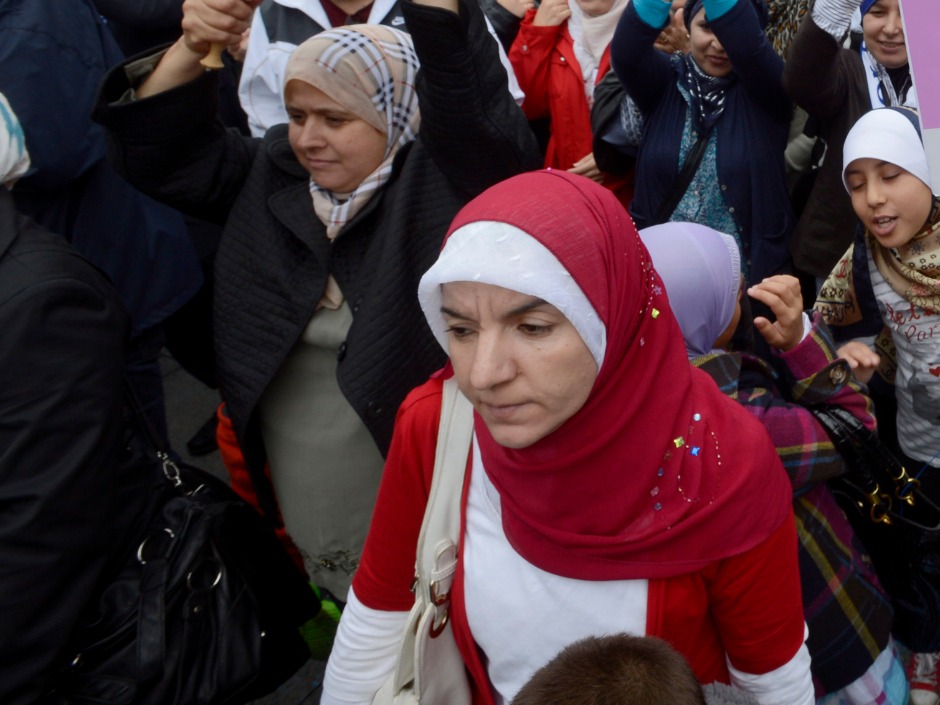 Demonstrators take part in a protest against Quebec's proposed Values Charter in Montreal on Saturday Sept. 14, 2013.

Quebec’s Status of Women Committee has released a 167-page report that primarily addresses the disturbing phenomenon of honour killings of girls and women, 17 of which have been officially designated as such in Canada since 1991. The report also considers strategies to combat non-lethal honour-motivated abuses, including genital mutilations, virginity testing, forced marriage and “excessive control.”

One of the report’s seven recommendations to the government is the creation of a plan to educate health-care workers, teachers and protection specialists who work closely with populations in cultural communities considered at highest risk. Another recommendation would change the law by stipulating that youth-protection agencies must inform parents when children report honour-motivated abuses to them.

The report has its conception in the revulsion experienced by all Canadians at the brutal 2009 murders of three Quebec sisters (Zainab, Sahar and Geeti) and their stepmother, Rona Amir, at the hands of their Afghan-born parents (Mohammad Shafia and Tooba Mohammad Yahya) and brother Hamed. The document is welcome: Honour-motivated crimes are a reality (albeit a rare one) in this country. But the immediate response from the Quebec government, exploiting it as a prop for its controversial Charter of Values — which would ban “conspicuous” religious accessories such as the hijab and yarmulke from public life — is unwelcome.

"I wouldn’t make a direct link between the two," said Bernard Drainville, the Parti Québécois minister overseeing the marketing of the proposed law, “but the symbolism of the charter may help us prevent these kinds of crimes. The Charter sends a very strong signal that equality between women and men is an important value, a non-negotiable value in Quebec society.”

Mr. Drainville is off base in his assessment. In newspaper photos of the Shafia women, one sees modest attire, but no special religious garb at all, neither hijabs or niqabs. No mention was made of regular mosque attendance. No appeal was made to shariah law by the defendants at trial. The parents’ attachment to a draconian sense of family honour sprang from a cultural obsession common to great swaths of populations in South Asia and the Middle East, where honour crimes may be disproportionately found amongst Muslims, but which are regularly committed among Sikhs, Hindus and even Christians — many of them religiously observant, but others less so or even disengaged from religion altogether.

As Liberal MNA and women’s issues critic Maryse Gaudreault riposted in denunciation of Drainville’s opportunistic linkage, the real threats to girls and women is not what they wear (which isn’t to say that honour crimes don’t happen to women wearing hijabs and niqabs, too), but rather “fundamentalism and extremism.” One can be fundamentalist and extreme about one’s ancestral cultural values even if one dresses in an outwardly Western way.

The belief that the sexual purity of girls is the cornerstone of a family’s honour, and that any stain on that honour cannot be redressed except through violence, is an ancient, tribal notion that has persisted through the centuries and can be extraordinarily difficult to uproot. In such households, when a family feels “shamed,” action is required — meaning the punishment of the perceived family shamer, virtually always a girl or woman. The Ontario case of Aqsa Parvez provides a chilling example of how brothers and fathers suddenly can transform into ruthless killers. At such times, the natural affection between parents and children is set aside in favour of the more pressing peceived need to restore the family honour.

If the Quebec government believes that the forced removal of a hijab will mitigate against centuries of a cultural tradition so strong that people prefer a lifetime in jail rather than tolerate what we would call normal female autonomy, they are dreaming in technicolour. Quebec’s Status of Women report treats a serious subject with the concern, objectivity, ideological neutrality and earnestness it deserves. The Quebec government has no business exploiting the good faith of its writers and the tragic deaths of innocent girls and women to further its secularist agenda.