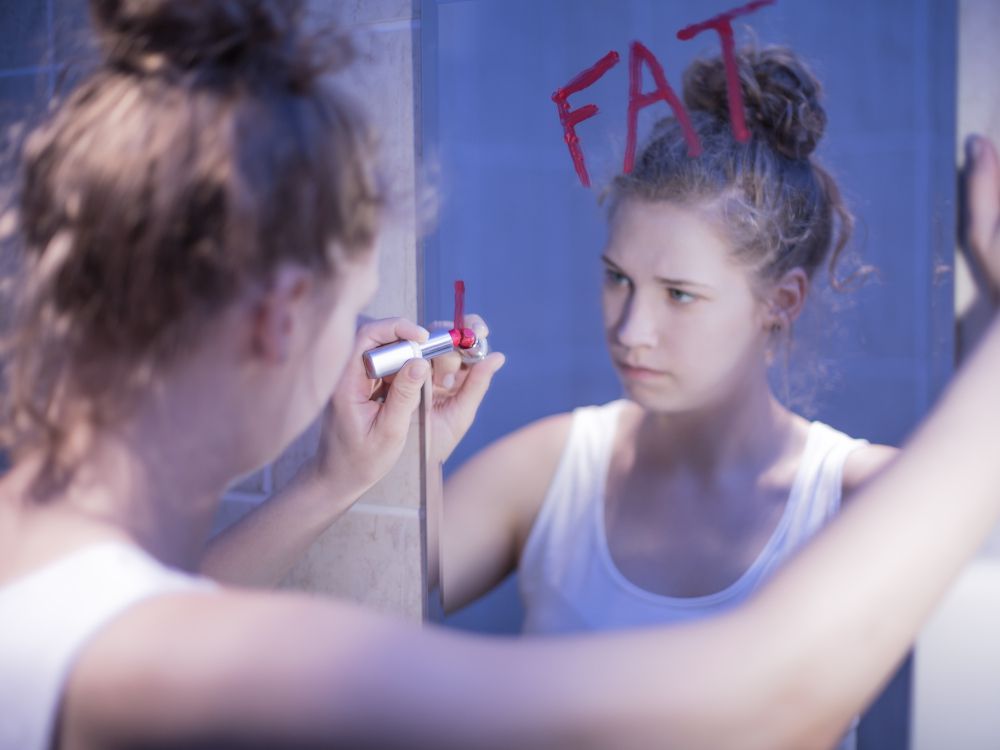 The COVID-19 disruption hit adolescents hard, but teenagers don’t always voice their anxieties. Instead, they’ll often channel them into troubling behaviour, such as eating disorders. And we’re beginning to see just how tough the pandemic lockdowns have been for those who have, or are struggling to emerge from, an eating disorder.

In a poignant essay written by Natalie Johnson, a young recovering anorexic, for NBC News, she describes how COVID-19 was “threatening to take an ax to all of the recovery work I’d done. If my eating disorder were a fire, body image is the wood upon which the flames burn. But anxiety is the kerosene that ignites the flame.”

Barbara Kay: COVID unleashed a pandemic of eating disorders Back to video A recent article in the Globe and Mail describes an alarming rise in eating disorders in the 12-18 cohort that is “overwhelming Ontario hospitals.” According to Dr. Leanna Isserlin, the psychiatric director of the eating disorders program at CHEO, a pediatric health centre in Ottawa, those being admitted are “sicker and with more mental-health issues.” Admissions went from 127 per cent above capacity in January, to 223 per cent above capacity in June. The situation is so urgent, CHEO is transferring patients to hospitals more than 100 kilometres away.

Social isolation and lack of activities play a role in ratcheting up anxiety, Isserlin told me in a telephone interview. Teens are not interacting with extended family, teachers, coaches or family doctors — adults who would notice significant weight loss. At home, the girls — the ratio is generally 9-1 girls to boys, but the spread has grown more pronounced since 2019 — can disguise their diminishing bodies in sweats.

Isserlin is concerned about increased wait times for treatment, as early intervention is crucial for anorexia, which generally manifests during puberty. It often begins as a normal weight-loss diet, but then, triggered by a combination of environmental and genetic factors (recent research confirms genes play a role similar to those for depression), spirals into pathology.

Once in progress, the disorder is unusually intractable, and highly resistant to treatment. As psychiatrist Karl Deisseroth writes in his new book, “Projections: A Story Of Human Emotions,” “I had found no greater mystery than eating disorders, anywhere in psychiatry or medicine. None greater in all of biology.” He describes anorexia as a “distant and stern” disease that imprisons its victims “in a cold tomb of cognitive control.”

Social media — and the social contagion it encourages — looms over other factors, with remote learning elevating consumption of the kind of anorexia-promoting content that TikTok and Instagram are awash in. And what began in North America has gone viral.

In Japan, for example, a 2015 epidemiological survey on eating disorders, the first since 1992, finds the prevalence of anorexia “has reached levels comparable to those in Western societies.” Japan, which ironically boasts the lowest obesity rates in the world, was already a country with an “obsession” around healthy food, as one person told the Guardian for a story on the subject in 2016. Indeed, obesity is actually illegal there, with fines imposed on citizens aged 40 to 75 who exceed recommended body-mass markers set out by a 2008 law.

Prof. Nancy Snow, who lives in Japan and the United States, said the problem is exacerbated by the Japanese social custom of reticence in speech and behaviour around emotions. “This is not a place where you are going to admit to any weakness,” she said. “It’s also a disease that is not connected to Japanese culture, and is seen as an import, something that has come from somewhere else.”

Dr. Nazrat Mirza, medical director of the I.D.E.A.L. pediatric weight management clinic at the Children’s National Hospital in Washington, D.C. — reports an acceleration in the number of children shifting from the 10th or 20th percentile for body mass index, to the 70th or 80th. At Stanford Children’s pediatric weight clinic, one 14-year-old patient gained 37 pounds and developed Type 2 diabetes.

According to a May study in the journal Pediatrics, the biggest increase in obesity was found in children aged five to nine. Those from lower-income and Latino households were most affected. The causes are pretty obvious: home all day, little to no physical activity, unmonitored snacking, boredom, etc.

On its face, the two issues — anorexia and obesity — seem to be two sides of a food coin. The one thing they have in common is that both conditions are, past a certain point, difficult to reverse. But psychologically, they are worlds apart.

The children who are packing on the weight do not suffer from a disorder. They are simply eating too much, and eating the wrong kinds of food. They aren’t driven by a compulsion to get fat. They aren’t yet linking food to body image. They don’t hate their bodies. Moreover, food intake in children can be externally controlled by conscientious parents, whereas anorexics, as noted, are notoriously impervious to external influence. Most importantly, obesity in young children is a gender-neutral phenomenon.

In our conversation, Dr. Isserlin informed me that 90 per cent of adolescent girls and 50 per cent of adolescent boys in North America embark on a diet or some other body-altering change, which speaks to a shocking rate of teenage discontent with their bodies, although fewer than 10 per cent of them will end up with an eating disorder. And as all studies agree, most who do will be the girls.