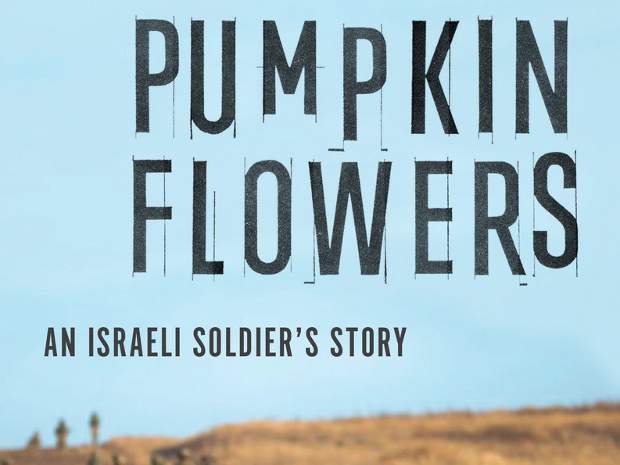 Barbara Kay: Death at the Pumpkin

From the cover of Pumpkin Flowers by Matti Friedman.

The winner of the Hilary Weston Writers’ Trust Prize for Nonfiction will be announced in Toronto Wednesday. I would delight in seeing the award bestowed on Toronto-born Israeli journalist Matti Friedman’s splendid new book, Pumpkin Flowers: an Israeli soldier’s story.

Pumpkin Flowers is the story of “a forgotten little corner of a forgotten little war, which “never officially happened,” and of those caught up in its toils. Its setting near the Lebanon border was a wooded hilltop rectangle of earthen embankment “the size of a basketball court,” nicknamed Dla’at — “Pumpkin” (“flowers” was code for dead soldiers).

By any standard comparison with Israel’s other wars, the tedious mutual surveillance and intermittent skirmishing between Israeli soldiers and Hezbollah militants characterizing “Lebanon” (as this long but indeterminate war in which the Pumpkin featured was ignominiously dubbed) should render it historically insignificant. But although there are no public sites to preserve collective memory of them, Friedman asserts in the book’s governing theme, “anyone looking for the origins of the Middle East of today would do well to look closely at these events.”

Background: In 1982, goaded by assaults by the Lebanese-based Palestine Liberation Organization on Israeli citizens in schools and on buses, Israel retaliated with force and successfully expelled PLO leader Yasser Arafat from Beirut. Hubris in attempting to follow this success with the forced installation of a friendly government resulted in the disastrous massacre of Palestinians in refugee camps Sabra and Shatila by Israel’s Christian allies.

This, in turn, encouraged the rise of Hezbollah, Iran’s Islamically triumphalist proxy, fixated on inflicting maximum damage on Israel. Roiled by internal dissent, Israel pulled back to the “security zone” along the border, where it maintained a constant presence for 15 more unchronicled years, an archival gap this book is dedicated to filling.

In the 1990s, Iran lavished Hezbollah with expert training and Russian rockets, imbuing its members with suicidal passion and visions of heavenly virgins to reward their martyrdom. Opposed to them were newly minted Israeli soldiers “with bourgeois aspirations and rifles stamped Hartford, Conn.,” who also dreamed of young women — real ones they hoped to marry. They weren’t fighting for ideology, honour or even patriotism. For Israeli soldiers, including Friedman, who served on the Pumpkin for four months in 1997, it was more “let’s get through this” to move on with their lives.

Friedman’s book vividly recreates the broader millennial clash for which the two opponents serve as metaphors: the dream of peace that seemed finally within the grasp of optimistic, confident Israelis, set against the relentlessly corrosive power of a militarily inferior, but fiercely single-minded and unflagging enemy. A Hezbollah ambush in June 1996 killed five soldiers and wounded 12. In Israel, that is a huge loss. One soldier wrote to his girlfriend: “I have the feeling that everything is disintegrating … everything I know is changing inexorably, and all of the principles of life are collapsing.”

Neither the Israel Defence Forces nor civilians were prepared for the traumatic effect of this war on Israeli morale. The army had erroneously put faith in superannuated military strategies, while Israeli civilians, constantly reassured that ongoing “negotiations” would yield the long-deferred peace they yearned for, had erroneously put faith in their Arab neighbours’ capacity for rational nation-building. In the end, “marginal events turned out to be the ones of most significance.”

One such event, triumphantly deployed in an endless loop on Arab newscasts, was the videotaped nighttime sequence of a Hezbollah flag being triumphantly planted on Israeli soil at the Pumpkin. It was pure political theatre; afterward, the actors slunk away without seeking a confrontation. But the videotaping turned military dross into propaganda gold and marketing inspiration for all Israel haters, notably Palestinians, who happily adopted this and other Hezbollah innovations like headbands, videotaped farewells from martyrs and fulminating clerics to devastating effect in their intifadas against Israelis.

To Israelis, used to victories or defeats, not this grey zone of national humiliation, the flag incident generated a societal tremor. Israeli writers began referring to it as “the Disgrace.” Disabused of their illusions about the superiority of Israel’s military might, their morale plummeted. An unprecedented fissure ruptured the time-honoured cohesion of the military with families of soldiers.

A few mothers of slain soldiers tentatively agitated to get Israeli boys out of Lebanon. Soon the “Four Mothers” campaign went viral to stunning social and cultural effect. Then there was the 1997 double transport helicopter disaster at the Pumpkin, one crashing into another, in which 73 soldiers died for nothing. Every Israeli had a link to someone involved in the tragedy. That self-inflicted wound achieved what no enemy of Israel could. The “hinge around which the whole period revolved,” it broke Israelis’ will to win a decisive victory. Along with 25 more casualties in 1997, “the helicopter crash made the price too high.”

Soldiers began to cry at the funerals of brothers in arms. Crying at funerals! Another cultural taboo transgressed. It provoked a major debate: “The idea that soldiers are children, everyone’s children, the joint custody of all Israeli adults, caught on then, and has never really gone away. This explains why a soldier’s death here can be considered more tragic than the death of a civilian.”

In 1999 it had still seemed to Friedman that Lebanon was “the end of something bad, not the beginning of something worse.” The last soldiers left the Pumpkin in May 2000. And so, because they did not decisively lose, Hezbollah came off as the war’s winner in Lebanon and beyond. Hezbollah also normalized an exterminationist paradigm as its anti-Israel vision. Western observers take terrorists’ apocalyptic language as mere rhetoric masking practical, territorial goals, but, as Friedman wryly notes, “it turns out that Hezbollah and its many ideological cousins and imitators generally mean what they say.”

“Lebanon” left Israel a different country. “The Israel that believed in compromise, a country rooted in the old left of the kibbutz movement, was shattered. The left went from ascendant to defunct in a matter of months. The triumph of the Four Mothers was, in retrospect, the last charge of the kibbutzniks, the final instance in which those Israelis would lead anything of national importance. By the end of the pivotal year, 2000, they receded into the margins, where they remain.”

It was then Israelis accepted they were powerless to change the Middle East unilaterally. From then on in Israel, “Lebanon might have been the moon.” But they didn’t despair. Rather, Friedman says, they turned inward. “Something important in the mind of the country — an old utopian optimism — was laid to rest. At the same time we were liberated … from the curse of existing as characters in a mythic drama, from the hallucination that our lives are enactments of the great moral problems of humanity, that people in Israel are anything other than people.”

While serving on the Pumpkin, Friedman had dwelt on the possibility of one day eating a meal at a small Lebanese restaurant he could see in the border town below. Eventually (travelling on his Canadian passport) he found it. In his fantasies the meal had been perfection. In reality it was dry, overcooked, beset by flies. “So it is with the realization of dreams.