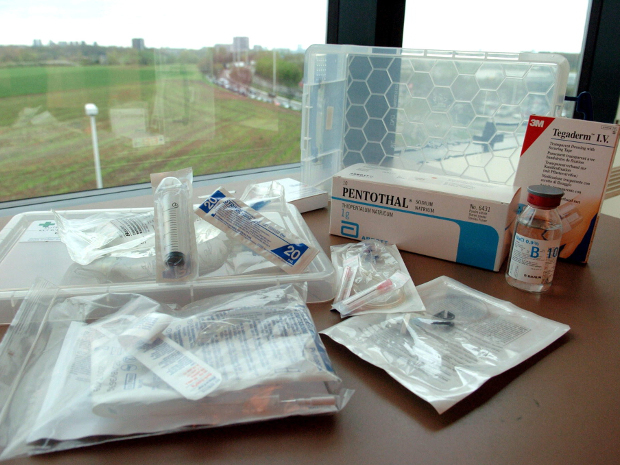 Well, here we go again. Another controversial plan for assisted suicide – not surprisingly in Belgium, as so often in the past – and a first for a couple seeking an exit from life together, as they have lived for 63 years.

Identified only as Francis, 89, and Anne, 86, they are both disabled. Francis has needed daily morphine for 20 years, while his wife Anne is quite deaf and partially blind. Fearful of being apart even for a minute, and too financially straitened for the kind of care home they consider suitable, neither can bear the thought of the inevitable loneliness to come by letting nature take its course.

Belgium isn’t the only place where euthanasia is legal, but it certainly seems the place, along with the Netherlands, where the envelope gets pushed the farthest.

Their 55-year old son John-Paul (one of three children who heartily approve of the idea, since none of them feels capable of caring for a survivor parent) approached their regular doctor to request their euthanasia, but was refused for lack of grounds. Undeterred, John-Paul found a willing doctor in more flexible Dutch-speaking Flanders, where more than 80% of Belgian euthanasias are performed (on average, five people in Belgium die by lethal injection every day).

Belgium isn’t the only place where euthanasia is legal, but it certainly seems the place, along with the Netherlands, where the envelope gets pushed the farthest. In 2012 twin Belgian brothers, deaf and going blind, were euthanized at age 45. A 44-year old transsexual was euthanized on the grounds of despair over an unsuccessful sex change operation. And just weeks ago, a rapist and murderer successfully petitioned for euthanasia on grounds of mental anguish.

Opinion is divided about Francis and Anne, as it always is. We’ve been here so often that by now most people who have given the matter serious thought have settled their convictions and their mental hatches are firmly battened down. The slippery slopists square off against the sentimental humanitarians, and nobody changes anyone’s minds.

I’m a slippery sloper myself. Once the principle that the state has the right to end any life on demand was established, how could anyone fail to foresee this becoming a “rights” issue, whereby nobody but the sufferer can really assess the degree of “pain” and “suffering” he is feeling. Once mental pain is a criterion (as it is under the Quebec law, modeled on Belgium’s), why be surprised when you get “soft” as well as hard cases?

The essay describes a 1994 sojourn taken by the author in the company of her aged father to the Netherlands, his last visit there, so that he could say goodbye to his siblings. Watching the news with relatives one night, they take in a report about a 50-year old woman, whose two sons had died – one from cancer, one by suicide. Grieving, the woman asked her psychiatrist to kill her, and he complied.

The point of this episode was not the story itself. It was the disparate reactions to the story of herself  and her relatives. Ms Dykxhoorn was horrified. Her relatives didn’t even blink: “Their eyes were just as glazed over as if they had been watching a report of a minor traffic accident.” When she probed them to discuss it, they were indifferent. Shouldn’t the psychiatrist have treated her for depression, she asked? “Well, her uncle replied, this was obviously what she wanted.”

The doctor in this story did not even consider his patient clinically depressed; he simply felt it was his duty, as a referral doctor for the Dutch Voluntary Euthanasia Society, to end her mental anguish. As euthanasia was not then legal, he was charged with and tried for her death. He was acquitted, which moved the legal practice of euthanasia a giant step forward.

The essay goes on to describe each step – with copious facts and figures – along the way from euthanasia for “unbearable suffering” to involuntary euthanasia (a distressing number over there) to, in bio-ethicist Margo Somerville’s words,  “institutionalizing murder in the medical profession.” It’s an excellent essay, but what haunts me most is the “glazed eyes” of her uncle at learning that a sad 50-year old asked for and received death at the hands of a psychiatrist. Glazed eyes, glazed hearts, glazed souls. That’s the real slippery slope.