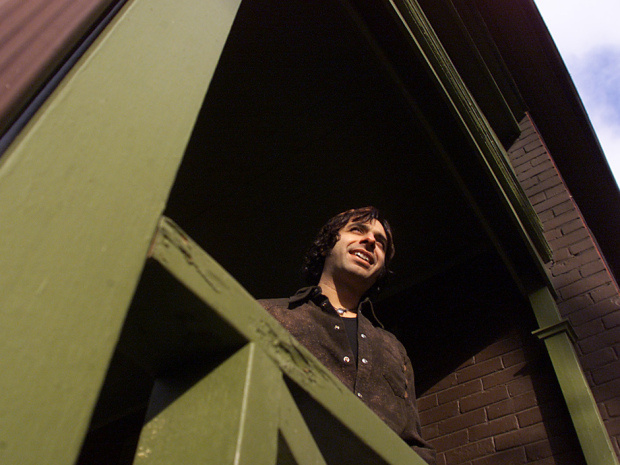 Barbara Kay: Explaining the Ghomeshi affair to the grandchildren

Could this happen to her? I am sure that even if she does not ask the question, it lurks, consciously or not. And here is where any honest parent concerned with his daughter’s safety must throw political correctness to the winds, and spell out some nitty-gritty hard truths.

I have five granddaughters. The older ones can read, and my oldest, though pre-adolescent, actually scans the newspapers at times. Even if she didn’t, how could she fail to be aware by osmosis alone of the Jian Ghomeshi affair, since it seems the very birds on the trees lining the street to her school yard are tweeting each other about it? Not to mention the fact that her own father has been a regular guest on the radio show hosted by Ghomeshi every week for years? Of course she is curious.

Thankfully, it is my son and daughter-in-law’s task to explain what’s going on to her. And being conscientious, enlightened parents, they will naturally wish to contextualize and expand on the social and cultural issues the scandal has raised. Which of course leads me to wonder what I would say to her in their place.

The very first thing I would do is reassure her that although the story is an ugly one, about a talented, successful and harmless-seeming man who used his charm to attract women, and then, according to their accounts, surprise them with acts of violence, it does not represent the normal state of affairs between men and women in our culture. Most men and women, I would tell her, treat each other as her mother and father do – that is, with mutual respect, settling differences with words (how many times has she heard “use your words, sweetie” when she has hit out in frustration against her sister?) and never ever with smacks or punches.

In other words, I want her to understand that the fact that this is a huge story does not mean it is a common story. For reasons we do not quite understand, this man has problems dealing with “romantic” situations (yes, of course she knows about sex, but right now she sees male-female relations through a soft lens, which is a good enough lens to send the important message: this guy has intimacy issues).

Could this happen to her? I am sure that even if she does not ask the question, it lurks, consciously or not. And here is where any honest parent concerned with his daughter’s safety must throw political correctness to the winds, and spell out some nitty-gritty hard truths.

The reality is, honey (I would say), that every society has its share of violent men. After all, we share 99% of our DNA with our ancestral cousins, the chimpanzees, and 90% of male chimpanzees will kill another male chimp in his lifetime (female chimps often kill their hierarchical rivals’ offspring, but that’s a whole other subject).

But — but — we are not chimpanzees (nor are we bonobos with whom we also share 99% of our DNA, having sex all day, but not killing each other; that’s a whole other subject too!). Through trial and error, through reflection, through moral aspiration, human beings have learned codes of behaviour that minimize the harms we are sometimes tempted to inflict on each other, even sometimes on those we are romantically attracted to, and maximize the pleasures and self-respect that come from collaboration, restraint and respect for our bodies’ inviolability (I have child-specific words, don’t worry; these are shortcuts). The trouble is, civilization only works for most people, not everyone. So we need ways to “read signs” of trouble.

Which is why up until a few decades ago, there were very strict codes of behaviour that girls and boys followed to make sure girls were protected from abusive behaviour. At this point I would make my granddaughter laugh with tales of “the rules” my sisters and I followed when we went out with boys. The boys had to come to our houses to meet our parents before we were allowed to be alone with them. No kissing on the first date! Or the second, for good measure. A kiss on the third, but nothing more! The badly-intentioned boys couldn’t be bothered to wait that long for what it was they wanted (i.e. not a relationship, just “romance”). So anyone who wanted to rush the process was giving us a “sign” that he might be trouble, and we backed away.

Meaning no disrespect to the alleged victims of Jian Ghomeshi (they are products of our culture), many of their stories indicate a willingness to get “romantic” within hours of meeting him. Some stories bristle with alarm bells that were ignored (anyone who unexpectedly yanked my hair hard on a first date would not have seen me for dust, never mind a second one). I would point out these errors of judgment to show her that most of these situations would not have occurred if there had been “rules” in place to regulate relations between men and women. The women would have been protected from him and he would have been protected from himself.