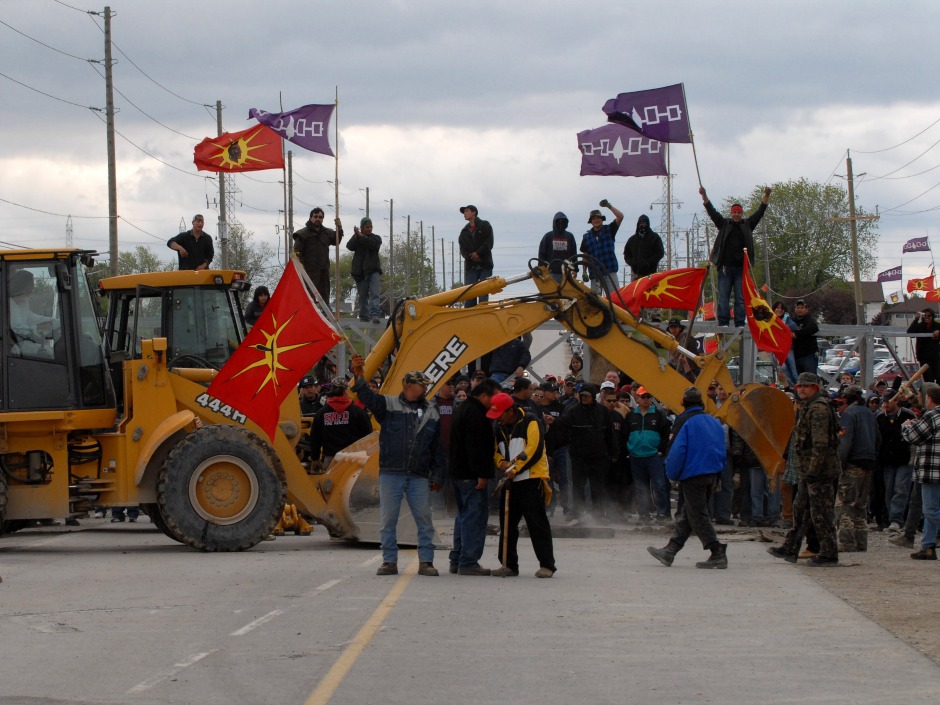 North American progressives once believed non-violent protest was the noblest course of action for citizens when government failed to ensure the common good and safety of society. Until the 1960s, the breaking of laws or use of force for social or political causes was rare.

But with the counter-cultural revolution, a new paradigm of “civil” disobedience took hold, according to which victims of past injustices were considered exempt from the stigma against violence.

In a new book, activist Gary McHale addresses the disastrous results of this trend for Canadian communities that must deal with violent native occupations. In doing so, he draws on fascinating anecdotal material from his own extraordinary experience.

In 2006, a group of Six Nations “warriors” illegally occupied a housing development in Caledonia, Ont. The Provincial Police, following directives from above, ignored court orders to remove them, and there Caledonia residents’ troubles began. Galvanized, McHale devoted his life to standing up for the Charter rights of Caledonian victims of Native abuses.

The saga was exposed in all its ugliness by Christie Blatchford in her 2010 book, Helpless: Caledonia’s Nightmare of Fear and Anarchy, and How the Law Failed All of Us. The emboldened occupiers were joined by armed Mohawks, drug smugglers from across North America and activists from a panoply of leftist organizations (union and pro-Palestinian flags festooned hydro poles, while non-Native townspeople displaying Canadian flags were arrested “to prevent a breach of the peace”).

McHale’s book, which he will launch in Toronto this weekend, takes the reader behind the scenes, demonstrating in shaming detail how then-Premier Dalton McGuinty’s and then-Ontario Provincial Police Commissioner Julian Fantino’s policy of Native appeasement routinely took precedence over the rule of law and the security of Canadian citizens.

It was bad enough that the OPP were biased toward Natives (Fantino met personally with Natives, but not residents. Native militants had his cell phone number, no residents did.)

Worse was their obsession — Fantino’s obsession — with bringing the full weight of the enforcement apparatus down on McHale personally, simply because he was attracting media attention by organizing peaceful rallies asserting residents’ right to walk down public roads, carry a Canadian flag and assemble on private property.

Troubling internal communications portray Fantino as an autocrat. McHale was arrested nine times, without a single case going to court. He was prosecuted for 30 months before the Crown stayed the charge. He was sued by the OPP for $7-million for accusing them of disobeying their oath of office. No action was taken against a Native who assaulted him.

A blue-collar guy of strong Christian faith, inspired by the writings of Martin Luther King, McHale has little formal education. But, supported by his wife and fellow activist, Christine, and a small band of stalwarts, McHale has had impressive success in speaking truth to power.

It is thanks largely to McHale’s march through the justice system (he reckons that in self-representation, he’s logged 1,450 of what would have been billable hours) that the McGuinty government eventually paid out $20-million to Caledonia residents in a class-action lawsuit, including damages for 400 businesses that suffered losses as a direct result of the OPP’s failure to enforce the law.

Moreover, using the private prosecution provisions of the Criminal Code, McHale has laid charges against one politician, five OPP officers (including a commissioner, a deputy commissioner, and a superintendent), plus two of the region’s most active Native occupation leaders.