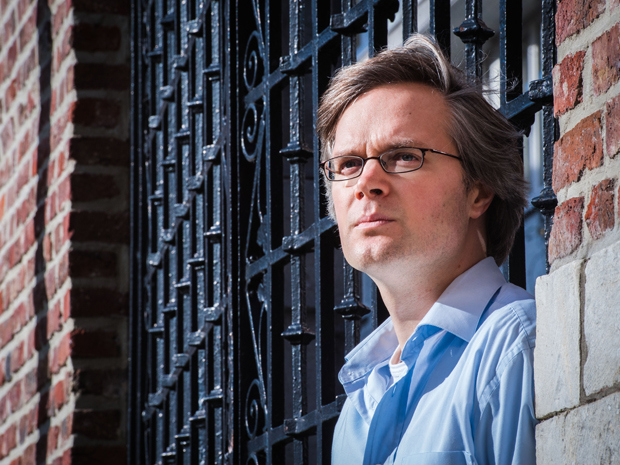 Tom Mortier, whose mother was euthanized by Prof Dr. Wim Distelmans when she was suffering severe depression, poses in Leuven Belgium on Saturday Oct. 26, 2013.

Quebec’s advocates for legalized euthanasia approve of Belgium’s system, which makes accommodation for unbearable mental as well as physical pain. But as this week’s Post series on legalized euthanasia in Belgium, The Netherlands and Luxembourg demonstrate, the subjective nature of what constitutes unbearable mental pain has led to euthanizations that cause many observers unease.

Discussion around this existential issue has unfortunately been dominated largely by emotion and personal fears. Reason and consideration for paradoxical implications have been given short shrift.

For example, if a serial murderer, in prison for life with no chance of parole, finds his psychological pain “unbearable” – reasonable in the circumstances – is he eligible for euthanasia? Of course the lethal injection typical in euthanasia makes for bad optics: too similar to the death penalty we retired because it constituted cruel and unusual punishment. And yet, according to the logic of those committed to their shiny, unprecedented new “right” to die with the state’s complicity, it should seem cruel and unusual punishment not to accommodate his wish.

In the “before” conversation, what we mainly hear from proponents are tragic stories, narratively framed to indict anyone who would refuse euthanasia as hard-hearted reactionaries. These stories always involve worst-case scenarios: a terminally-ill man suffering agony no opiate can suppress; a woman with degenerative nerve or muscle diseases facing the terror of total paralysis and system failure; elderly victims of dementia desperate to foreclose on a meaningless future. Advocates imply they only approve of euthanasia in these extreme cases.

Anti-legalizers respond that of course we understand their wish to die. Of course we sympathize with that wish, as we would probably feel the same. But we do not as a matter of course make the leap from hard cases to changing state-sponsored healers into state-sponsored executioners. We argue it is perfectly legal to refuse heroic treatment and there are already legal methods to ameliorate, even hasten prolonged deaths. We fear the slippery slope.

The “after” conversation is quite different. Now we hear of cases euthanasia proponents would have been embarrassed to adduce as persuasive fodder in the advocacy phase, but show no disapproval of in the (ahem) execution phase. Now we hear of older, still mobile people who feel their lives are “complete” and who do not want to be a burden to their children. We hear of a 64-year old Belgian woman, cited in the Post on Monday who, otherwise healthy, was euthanized for “depression” over a failed romance. We hear of healthy widows convinced life is meaningless when their spouse dies. We hear of youngish friends looking forward to dying together, one whose complications from bariatric surgery restrict her gastronomic options, the other with MS, who’s relatively healthy now, but fears future deficits. One of these women, disturbingly, has a teenage child; both have aged parents. Here, we say with reason, is precisely the slippery slope we warned of.

Where it is legalized, euthanasia, it seems, is catchy. It would not have occurred to any of the people I have just described that euthanasia was the “cure” for life’s disappointments before it was normalized. They would have realized – or been encouraged to realize – that what they were feeling was “unhappiness.” That it would either pass, or they would eventually accommodate themselves to their unlucky limitations. But in today’s medicalized culture, unhappy people – some, let us admit, seeking the kind of compassionate attention from the world they could not attract through ordinary means – can now aggrandize the disappointments and disabilities that are part and parcel of the human estate into the realm of “unbearable” pain.

Here’s another paradox euthanasia enthusiasts haven’t sorted out. It must surely change our attitudes to the suicidal. Today suicideactionmontreal.org’s website states, “Your situation may seem impossible. However, we are convinced that we can help you find ways to deal with your suffering.” But what is “help” tomorrow when death on demand is officially the sufferer’s friend?

Euthanasia proponents are not only short on logic, but on imagination. They believe that nobody will be affected by the change except those who exercise their option to die at the state’s hand. They fail to grasp that knowledge of the very existence of the option forces a choice on everyone where none existed before, and sanctions moral judgment by the strong of the weak for taking the (increasingly perceived) “wrong” choice to let nature decide the hour of their deaths. Where is the “dignity” in such a society?