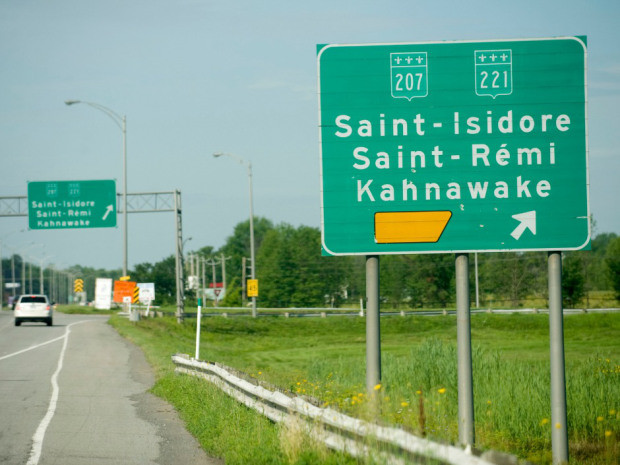 Barbara Kay: First Nations territorial policy is none of our business

I am no moral relativist. I am as repelled by racism as anyone else. But tribalism is an ancient and organic form of human society.

The Kahnawake Mohawk council has a law that bans all “mixed race” couples from living on its Montreal-area territory. Violation of the policy may result in eviction and/or the cutting off of benefits. The Supreme Court of Canada is to rule on whether or not Waneek Horn-Miller and six other plaintiffs were deprived of their Charter rights after being ordered to leave Kahnawake because they are married to whites.

Marni Soupcoff: A law that bans ‘mixed race’ couples? Yes. In 2014. In Canada

A Canadian woman falls in love and joins her life with that of a man of a different race. As a direct result of this union, she is harassed, receives notice of eviction, and is told she must leave her home.

What century are we talking about? This one, I’m afraid; and the culprit is not some errant racist landlord trying to throw one tenant out of a building. It’s the Kahnawake Mohawk council, which has a law that bans all “mixed race” couples from living anywhere in its Montreal-area territory.

Waneek Horn-Miller is half of one of those “mixed race” couples who has been told to get out. Horn-Miller may be a Mohawk, but because her common-law husband (and the father or her two children) is white, the aboriginal activist and former Olympian is no longer welcome or permitted to live on Kahnawake territory.

On its face, this seems like a racist policy. That is certainly what Canadian Constitutional Foundation executive director Marni Soupcoff deplores it as in her Nov. 6 National Post op ed. She writes that “it will be very hard to take this country’s equality rights seriously in the future if they are deemed to be inapplicable to certain classes of Canadians.”

The policy may look racist, but I do not think the motivation for it is racism, which implies hatred or contempt for another on the grounds of race. The Mohawks are not denouncing intermarriage in itself. They do not hate white people or consider them inferior. They have no issue with Mohawks married to white people living elsewhere.

The Mohawk issue is the survival of their nation. As I understand it, the Mohawks consider a policy under which intermarried couples enjoy the same rights as racially pure Mohawk couples will encourage more intermarriage, thus eventually resulting in a community so racially diluted that it will lose its cultural character and its raison d’être. As Kahnawake Mohawk Chief Michael Delisle has said: “All we are trying to do is preserve, not only culture and language and identity, but who we are as a people.” Well, he has a point.

And it is a point that has been recognized as legitimate in a previous ruling. Quebec’s Bill 101, which actively suppresses the language rights of Anglophones in Quebec and the education rights of Anglophone Canadians from outside Quebec who move in Quebec, was deemed kosher by the SCC because the judges agreed that the French language was sufficiently fragile that extraordinary measures were justifiable to preserve its dominance. They accepted that granting equality to both languages, even though both are official, would inevitably end with English assuming dominance. They had a point too.

It seems a little late in the game to be “shocked, shocked” that asymmetrical rights are accorded to aboriginals. Their reserves are not governed by democratic principles. They have no property rights as individuals (I know, not a Charter right, but it should be). They can get their teeth straightened for free; the rest of us can’t. The list of “equality” disparities is endless. First Nations are different from other Canadians, and here is one more difference that we may find unpalatable, but one that is really none of our business. It’s their territory, and sacred land is as fundamental to aboriginal identity as language is to québécois identity.

The Kahnawake policy is repugnant to us because we accept that creedal and constitutional democracies create ideal societies. But aboriginals were here before us, and we have acknowledged that, having colonized most of the lands they inhabited, we have no right to judge the way of life they choose to follow on the small domains over which they have sovereignty. It’s not as if – like Jews, say, whose culture is also based on a piece of land that is sacred to them – the aboriginals can maintain their cultural identity in a diaspora. The Jewish religion became portable when its principles were encoded in a written constitution, the Torah. First Nations do not have a constitution, only an oral tradition. Their culture is therefore not “portable.” The land is all.

I am no moral relativist. I am as repelled by racism as anyone else. But tribalism is an ancient and organic form of human society. It has been around a lot longer than the nation state. Kinship is a tribe’s strength. It isn’t a pretty notion to us now, and certainly all the more distasteful given the genocides we have witnessed on grounds of bloodlines, I agree with Soupcoff on that score. If, long ago, Canada had chosen brutally to dismantle the reserve system and insist on aboriginal integration, we wouldn’t be having this discussion, because there would be no aboriginal culture, just deracinated aboriginals. But we did make the decision to protect their culture, which means protecting their tribal bloodlines. We can’t have our cake and eat it too. I side with Kahnawake on this one.