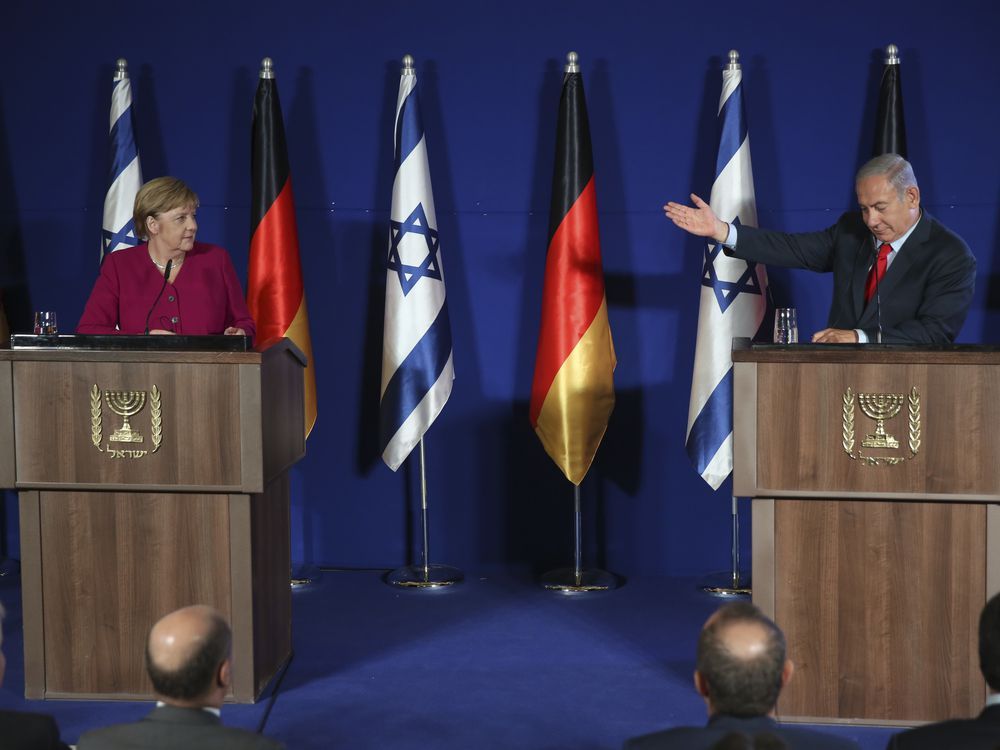 On May 11, 1949, the United Nations adopted the motion that admitted Israel as a member state. To mark its anniversary, Germany’s Foreign Office issued a startling statement: “The Federal Government would like to take this 70th anniversary as an opportunity to reiterate the fact that Germany stands at Israel’s side in the UN.”

Berlin, the Foreign Office continued, was “most concerned about the fact that, to this day, Israel continues to be criticized inappropriately, treated in a biased manner and marginalized in the bodies of the UN.” The statement concluded, “In its profound solidarity with the Jewish people and the state of Israel, Germany will continue to do its part in strengthening Israel’s representation in the UN.”

What brought on this burst of political friendship? Germany has proven itself decidedly unfriendly to Israel in the past at the UN, routinely supporting one-sided resolutions against her and even pressuring other EU states not to transfer their embassies to Jerusalem. Suspicion around this announcement is in order because mixed messages are Germany’s stock in trade where Israel is concerned. For example, Chancellor Angela Merkel often remarks on Germany’s “special historic responsibility for Israel’s security,” but on German President Frank-Walter Steinmeier’s first visit to Israel in May 2017, he laid a ceremonial wreath on the grave of Yasser Arafat, a completely unnecessary political gesture, and a gratuitous insult to Israeli survivors of Arafat’s terrorism.

Steinmeier also sent a congratulatory 40th-anniversary telegram to Iran, Israel’s arch enemy and no friend to any law-abiding country, for which he was criticized by many human rights activists, with Germany’s public TV channel ARD deploring the country’s “dangerous pandering to the mullahs.”

In 2018, of 21 anti-Israel UN resolutions, Germany approved 16, abstaining on four others. Worse in a way for its brazen absurdity, Germany voted for a UN resolution that singled out Israel at the annual assembly of the World Health Organization (WHO) as the world’s only violator of “mental, physical and environmental health,” and commissioned a WHO delegation to investigate and report on “the health conditions in the occupied Palestinian territory” and in “the occupied Syrian Golan.” This was a contemptible act of kowtowing to anti-Semitic UN actors, given conditions in such hellholes as Syria and Yemen.

With this history, is Germany’s new overture to be trusted? Jerusalem’s envoy to Germany, Jeremy Issacharoff, expressed somewhat equivocal optimism about the gesture: “We’ve had this discussion at a senior level for some time with our German counterparts and informed them that we hope to see changes in their voting pattern,” he said, adding “But in the end there is also the effort by Germany to fit in with the consensus at the EU.”

Is Germany’s new overture to be trusted?

Far less polite was the tweeted response of Yair Netanyahu, son of Israel’s Prime Minister: “It will be nice if you stop interfering in our internal business and stop funding hundreds of radical left-wing NGOs in Israel that seek its destruction.” Indeed, NGO Monitor claims that Germany provides “millions of euros” to organizations that promote boycott and “lawfare” campaigns, anti-Semitism and violence, and that their funding frameworks are “severely lacking in terms of transparency and public scrutiny.”

So what is actually happening here? Happy talk or a new policy? Bolstering the latter theory is the fact that Germany recently produced another surprise in the form of a report by its domestic security agency, “Antisemitism in Islamism.” The report provides details about hate crimes that for the first time ascribes numbers and seriousness to group identities, including left-wing groups and Islamists.

According to global anti-Semitism expert Manfred Gerstenfeld, emeritus chairman of the Jerusalem Center for Public Affairs, this report is significant and unprecedented: for no European intelligence agency has ever published a report specifically focused on Muslim anti-Semitism. The report states what many people believe, but few are willing to say aloud for fear of the charge of Islamophobia: namely that anti-Semitism is “one of (Islamism’s) essential ideological elements.” The report also cites data indicating that children in the Middle Eastern and North African countries from which a million migrants came to Germany between 2014-17 were raised on a steady diet of anti-Semitic indoctrination. Responding to the report, President Steinmeier stated that German responsibility for its history knows “no limits for those who were born later, and no exception for immigrants.”

This report is significant and unprecedented

It’s all very odd. Germany and the U.S. are allegedly at a very low point in their relationship (although polls show Americans think it is better than Germans do). And yet, with these gestures — snubbing the Arab bloc with an overt commitment to have Israel’s back at the UN, and privileging Germany’s duty to constrain anti-Semitism over multicultural pieties — it almost appears as if Donald Trump were writing Germany’s latest scripts.