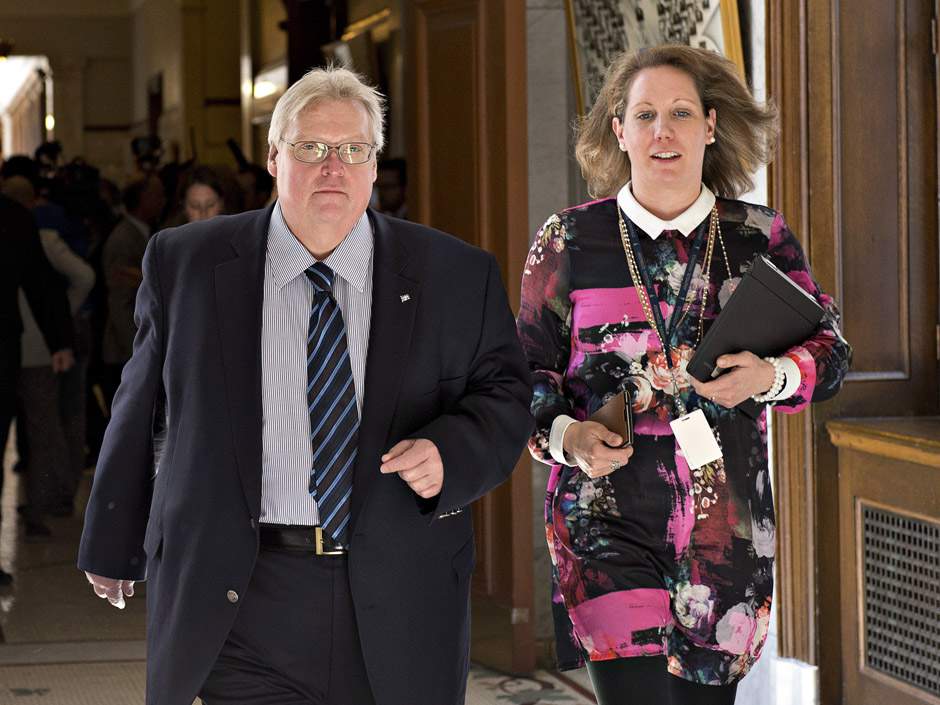 Barbara Kay: Infertility is not the responsibility of the state

Quebec Health Minister Gaetan Barrette says parents who can't afford IVF treatment might not be able to afford to have children.

Health Minister Gaétan Barrette, it is safe to say, is not the most loved political figure in Quebec. His appearances in the news are generally associated with the announcement of cuts or plans to streamline the system by merging health boards or otherwise paring back services in ways that the public perceive as insensitive and even harmful to patients.

Recently, for example, a patient denied treatment at one hospital in Montreal and sent by ambulance to another, died en route. Barrette faced heated criticism on that issue, as the death might have been prevented by surgery the first hospital was equipped to provide, but had been instructed not to because of procedural streamlining attributed to Barrette’s ministry.

Parents will $10,000 a year supporting a talented young hockey player’s equipment, the cost of an IVF cycle.

The minister’s latest foray into the spotlight has once again raised charges of heartlessness.  On Tuesday, Quebec’s Bill 20 passed into law. From now on, in-vitro fertilization treatments, formerly funded by the province, will have to be paid for by the patients – at a cost of about $10,000 per cycle. For couples who purchased their injectable medication before Nov. 11, the procedure will still be covered, but if a woman had not yet filled her prescription by that date, it won’t be.

The government will continue to pay for already stored embryos for another three years, but after that, continued storage or implantation costs will be borne by patients. There are about 15,000 embryos from 3,000 Quebec couples presently stored at the MUHC Reproductive Centre.

Clinics and patients knew there were to be changes, since the bill had been tabled in November 2014, but were nevertheless caught off guard by the swiftness of the interdiction.

Barrette’s trademark implacability– and what looks a lot like callousness — once again came into play when the cost of fertility drugs was raised. At present the province pays 80% of the cost, but that will change. Barrette suggested subsidies may be ended altogether. Questioned about what seems a draconian measure to many would-be parents, Barrette responded by suggesting that parents who couldn’t afford the drug probably couldn’t afford to have children. “If the IVF in itself is an obstacle, if the cost is an obstacle to having a child, well I have something to say, which is that raising a child is also a cost.”

Talk about tough love. His remarks are bound to offend those who have come to believe they have a “right” to any and all medical services that touch on their bodies, even when those services have nothing to do with healing or repairing damage. But while Barrette’s reaction may have lacked tact, no one disputes that children are expensive. And the older they get, the more it costs. Parents can quite easily spend $10,000 a year supporting a talented young hockey player’s equipment and travel costs. So what Barrette said is only common sense. If you can’t afford the IVF, how do you expect to afford the many costs involved in raising it?

Assisted reproduction for women (and gay men) was costing the government $70 million a year. IVF is successful only in about 30% of cases. And while there are good medical reasons for some younger women failing to conceive, IVF is usually undertaken because women have delayed efforts to conceive for a variety of personal reasons. Fertility peaks before age 25, and by age 35, chances of conception decrease rapidly. In other words, infertility is not in general beyond the control of most women to avoid. The fact that they choose to delay motherhood, for whatever personal reasons, is not the fault of the government.

Moreover, there  are many other medical services of a far more urgent nature that could be financed with that money. Responsible governments must do triage when deciding what programs will or won’t be funded. There has to be a cutoff somewhere. The disappointment and even anger with which this announcement has been greeted is understandable. Citizens react more strongly to “rights” that have been given and then taken away than they do to perceived rights that have yet to be acknowledged and funded.

The decision to have children is rarely a coldly calculated economic decision. It is usually driven by pure emotion. But governments must make spending decisions based in evidence, not emotion. The failure to have children for those who yearn for them is very sad. But there is no compelling evidence to indicate it is the state’s duty to use finite resources in an attempt to overcome the odds in trying to remedy it.