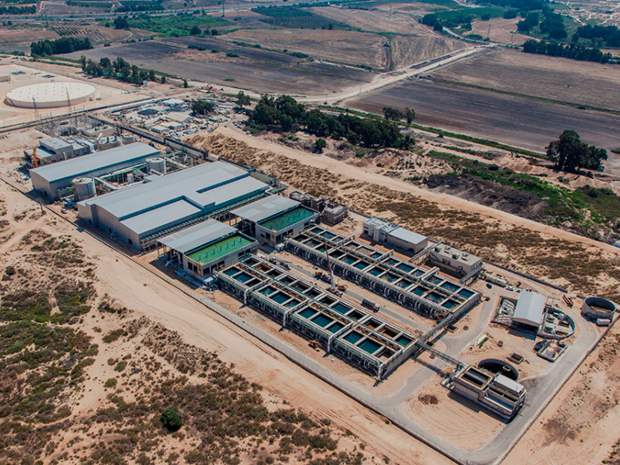 I am grateful to have been born in Canada, and for a multitude of reasons, not least because we control most of the world’s fresh water.

Water shortages can and do lead to wars. Wars create refugees. Drought creates migrants. We’ve already seen a preview in the Middle East of what could happen on a larger scale. A decade-long drought (reportedly the worst in 900 years) had by 2008 brought Syria to the lip of catastrophe. In the Euphrates River valley, farmers were drilling wells 30, 60 and finally 490 metres down, literally to the bottom. The wells ran dry and huge tracts of farmland were put out of commission. Iraq, Iran and Jordan all face similar potential water catastrophes.

The situation in Israel was grim as well. The Sea of Galilee, its biggest fresh-water source, had dropped to within centimetres of what is called the “black line” of irreversible salt infiltration. Farmers lost a year’s crops. It hadn’t helped that Israel had been a leader in water conservation for years, with water treatment systems recapturing 86 per cent of used water for irrigation (the second most efficient country, Spain, recaptures 19 per cent), and numerous desalination plants providing 55 per cent of its domestic-use water. It wasn’t enough to stave off a 500-million-cubic metre shortfall.

Today, a scant eight years on, Israel has more potable water than it knows what to do with.

Meet Sorek, 16 kilometres south of Tel Aviv, Israel’s newest and the world’s largest reverse-osmosis desalination facility: two sand-filled concrete reservoirs as big as football fields and constantly filtering water pumped from the Mediterranean through them via a gushing pipe big enough for an adult man to stand in. From the reservoirs, the water goes to a vast hangar where it provides enough drinking water for 1.5 million Israelis — and enough extra to export 100 million cubic metres of water to Jordan a year. Completed in 2013 at a cost of about $500 million, Sorek has a potable water output capacity of 624,000 cubic metres a day.

Cost/benefit is the big news here. Once an energy hog, desalination costs are down by two-thirds from the 1990s. Sorek produces 1,000 litres of drinking water for 58 cents. Israelis pay about US$30 a month for their water; compare water-strapped Los Angelenos at $58. (IDE, the Israeli company that builds Israel’s plants, recently built one in Southern California, with plans for many more elsewhere.)

In an article about Sorek in ensia.com, “How a new source of water is helping reduce conflict,” environmental writer Rowan Jacobsen explains why, apart from reducing costs, Sorek is such a big deal. Desalination is a relatively old technology, but one huge obstacle had imposed severe limitations on its usefulness as a panacea, the problem of “biofouling.” Desalination works by pushing saltwater through microscopically porous membranes. Micro-organisms in seawater clog up the pores, requiring costly and time-consuming cleaning. Sorek’s engineers developed a chemical-free system that uses porous lava stones to capture the micro-organisms before they reach the membranes. Ta da!

Biofouling’s chief codebreaker is Edo Bar-Zeev, formerly an oceanographer with a specialty in aquatic microbiology, who switched to desalination because he wanted to do something useful for Israel. He’s now ensconced at the Zuckerberg Institute for Water Research (no, not that Zuckerberg), located at the Sde Boker Campus of the Ben-Gurion University of the Negev (BGU), an appropriately arid setting, where all water-related research — irrigation, resilient well systems, biological digesters that can halve domestic water usage — is constantly on the boil. A team of 80 scientists and 250 graduate students coordinating research with partners around the globe (one of their scientists — go Canada! — is Albertan Christopher Arnusch, a specialist in membrane scaling and biofouling) has made BGU global ground zero in the battle against desertification.

As Naomi Klein might say (through gritted teeth because this is Israel), This Changes Everything. Water rights have been hotly contested terrain between Israel and its Arab neighbours. With water no longer a finite resource to be squabbled over, Sorek’s political ramifications are potentially transformative. EcoPeace Middle East, for example, an organization focused on co-operative environmental strategies as pathways to peace, comprising Israelis, Jordanians and Palestinians, has an opportunity here for bringing stability to the region.

When one considers the benefits the victory over biofouling represents — an economically viable end to water shortage, one of humanity’s great peace-preventing scourges — why isn’t Sorek front page news all over the world? I can think of two explanations: climate-change doomsayers don’t like it when man’s ingenuity deflates their apocalyptic scenarios; and the breakthrough is a gift from The Country That Must Not be Praised.

David Ben Gurion, whose great dream it was to see the desert bloom, should have lived to see this day.