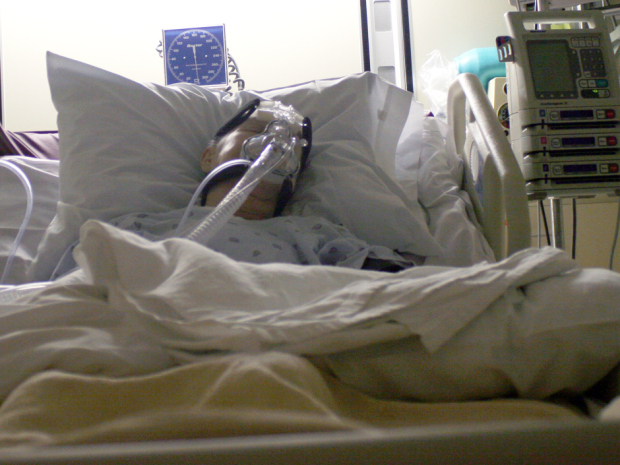 Quebec’s National Assembly voted to legalize euthanasia in June 2014 and the law will be enacted this December.

A euphemism is, the dictionary tells us, “a mild or indirect expression substituted for one considered to be too harsh or blunt when referring to something unpleasant or embarrassing.” And we live in an age where avoidance of the unpleasant is something of a mania. Especially where death is concerned. “Pregnancy termination” sounds better than “abortion.” “Negative patient outcome” sounds better than “died.”

Euphemisms are the politician’s friend in social-engineering schemes that may have far-ranging cultural consequences, and never more so than in the current discussion around euthanasia, itself a Latinized euphemism for “killing.” In Canada, euthanasia is forbidden under the Criminal Code. That can change, of course. Last February, the Supreme Court of Canada struck down a ban on assisted suicide, and gave Ottawa a year to prepare new legislation. With a change in government, an extension to the deadline is likely to be sought.

But the present law is what it is, and the Criminal Code is a federal responsibility. All the provinces know this, but euthanasia in Quebec has become such an activist-driven fetish amongst the political elites that politicians were determined to push it through as a legal right. So the Quebec legislature passed a law in 2014, set to come into force on Dec. 10, that would permit “medical aid in dying,” but which is in fact euthanasia (and not “assisted suicide” as in Oregon, for example; under Quebec’s law the doctor actively kills the patient).

They were sure they had finessed the legal impasse with words. Then a case to strike down the law on the grounds that euthanasia is not a medical act and violates the right to life and security of the person was initiated by physician and palliative care advocate Paul Saba and a disabled woman, Lisa D’Amico. In a hearing last week, the federal attorney-general intervened on their side, arguing, sensibly enough, that the Quebec law should be delayed until the Criminal Code has been amended.

We have not, in short, given palliative care a chance to prove itself.

The government was confident. But to their surprise and consternation, on Tuesday Justice Michel Pinsonnault of Quebec Superior Court, whose trained, euphemism-resistant mind pierced the veil of words like the proverbial hot knife through butter, ruled that the Quebec law is in “flagrant” conflict with the Criminal Code. Pinsonnault got to the nub of the matter — the fragile foundation of the euthanasia bill — when he wrote in his ruling that “It must be concluded at this stage that ‘medical aid in dying,’ in the present context, corresponds prima facie to the euthanasia of a human being at his express request, or in other words, assistance with suicide necessarily through the intervention of another person.”

Although this judgment does not nullify the bill, only causing a delay in implementation, Health Minister Gaétan Barrette is fuming. “Fundamentally, this goes against the will of the Quebec population,” he told reporters in Quebec City after the judgment. Barrette continues to insist that euthanasia is part of a “continuum” of medical care. Justice Minister Stéphanie Vallée has announced her government will appeal the verdict.

Here is a case of chickens coming home to roost in a satisfying way — that is, for students of political hypocrisy and duplicity. There is only one form of medical treatment that can accurately be described as “medical aid in dying,” and that is palliative care. Which is why palliative-care doctors, as well as many family physicians in Quebec, were almost as appalled by the wording of the bill as they are by euthanasia itself. At a fundraising dinner organized last year by Quebec’s Coalition of Physicians for Social justice, a frail and ailing, but still passionate, Dr. Balfour Mount, the father of the palliative care movement in Canada, called the euphemism “medical aid in dying” a “cowardly distortion of language.” The dying, he said, do not want to be killed. They want an “easy death” and “that is what palliative care gives them.”

Euthanasia vs. palliative care is not really a fair fight. We have nothing more to learn about efficient ways to kill people. But palliative care is a movement that, medically speaking, is still young, still on a learning curve. Eventually, if enough resources become available, as they should, palliative care will be available to everyone (up to now, limited resources have meant it is usually restricted to terminal cancer patients). Pain control will become more sophisticated and reliable than it is now for hard cases. We have not, in short, given palliative care a chance to prove itself. When it has achieved all that it can, legal euthanasia may still be desirable to some Canadians, but I predict the moral panic now driving the demand for legalized euthanasia would melt away. But I also predict that if euthanasia becomes a norm, it will be motivation to improve and extend palliative care that melts away.

That would be a shame for the overwhelming majority of Canadians who prefer an easeful death to a being killed. Why declare a winner before the game has been played on a level field?