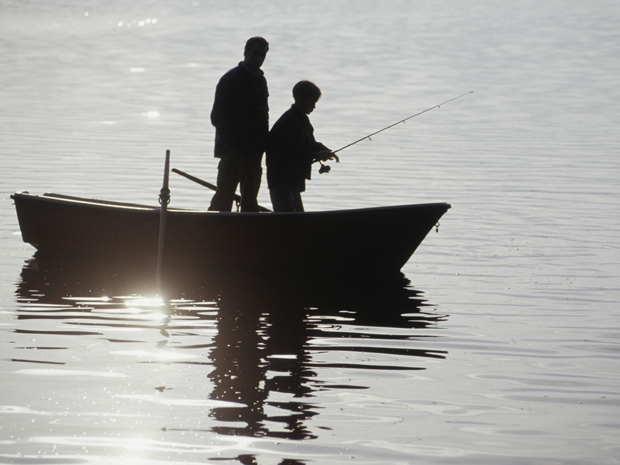 Officially sanctioned injustice focuses the victim’s mind wonderfully. When such an injustice befalls someone of high intelligence, iron will and an enormous reservoir of patience, sometimes one person can change a system.

Meet Toronto tax consultant Lucien Khodeir. Khodeir got screwed over years ago through Canada’s recipient-biased 1997 Child Support Guidelines. He tasked himself to analyze them exhaustively, prove their bias and force judicial reform.

Khodeir is not the first person to denounce the inherent unfairness in the guidelines, but he may be the most pertinacious. He’s written two e-books on the subject, and argued the need for reform through the courts up to the UN level on his own dime. According to almost equally knowledgeable comrades-in-arms, Khodeir has established a new gold standard in legal advocacy for the fathers’ rights movement. We owe him a hearing.

Recently Khodeir sent a 55-page letter to federal and provincial justice ministers, other politicians and media, calling for corrections to the guidelines’ well-known deficiencies, patterned on international reforms undertaken in Australia, New Zealand and the United Kingdom. In the United States, he notes, every state’s child-support guidelines are publicly reviewed every four years.

The crux of Canada’s 1997 guidelines’ problem is that they substantially increased support obligations, while payors — usually dads — could no longer deduct their contribution from taxes. All the provinces signed on (except Quebec, where the system is fairer, more reality-based).

The guidelines were premised on a methodologically flawed 1985 study, concluding divorce impoverished women and enriched men. That is not the case. The study ignored the realities of a divorced father’s new logistical burdens and obligations to a second family. Within three years of separation, a third of dads and a quarter of moms have new partners, half including other children. By nine years after separation, 40% of both dads and mums have second families.

Before 1997, judges reviewed individual cases on their merits. After, judges shifted their focus from particular circumstances to the abstract ideal of ending the “feminization of poverty”: i.e., maintaining children’s theoretically desirable lifestyle through support payments that often have no relevance to the individual father’s literal resources. Thus, the famous “deadbeat dad” of popular imagination is largely a myth. Most dads want to comply, but many can’t. In fact, only 10% of fathers are willful defaulters, a lower percentage than support-responsible “deadbeat moms.”

The guidelines’ social-engineering mandate has led to both farce and tragedy.

In 2000, the Ontario Court of Appeal upheld as reasonable and fair a Toronto father’s order to pay 96% of his take-home pay in spousal and child support, leaving him $302 a month to live on.

Then there was Darren White of Prince George, B.C., whose dual support orders equalled 114% of his gross income, because the judge chose to believe that White was not paying $439 monthly for a child in another province. White’s ex-wife held the exact same job at the same salary, so should not have needed spousal support. Nevertheless, the judge ordered White out of the family home, adding the cost of new lodgings, and refusing further “visitation” with his children.

Speaking on behalf of the court, another judge said the case was in no way special. Perhaps not to the judge, but special enough to Darrin White that he walked into the woods and hanged himself.

Variations on these injustices fill the family court literature. Stats Canada does not keep separate tabs on custody-linked suicides. But Australia, a country much like our own in this regard, does — and there are about 20 hardship-related suicides a week. An American academic in the field estimates there are about 1,000 divorce-related male suicides a year in the United States. (Women’s suicide rates stay constant through divorce.)

Khodeir notes: “Since May 1997, Canada’s child-support guidelines have been responsible for causing damage to 340,000 divorced parents at the alarming rate of $100-million every month. These damages will reach the $20-billion mark by the end of 2013 and undoubtedly classify Canada’s child-support guidelines as the longest-running, most expensive scandal in the history of Canadian politics.”

The state was counting on fathers to end single-mother poverty, but it hasn’t. A study of Low Income Cut-off (LICO) rates for children of single-parent families seven years after the guidelines were initiated showed no change from the seven years before the guidelines. They are unlikely to have improved since then. It’s time to take a fresh look at the failed guidelines with a view to reality — and gender-neutral justice.