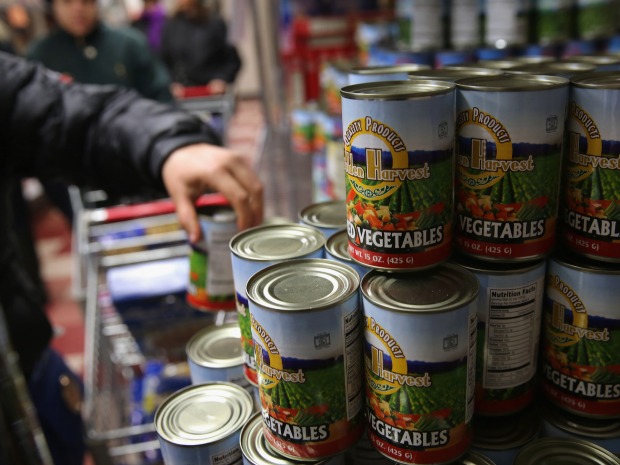 Barbara Kay: Parenthood is not the government’s job

I felt sympathy for federal minister for industry James Moore the other day, when he uttered those fateful words to a Vancouver radio reporter: “Is it my job to feed my neighbour’s child? I don’t think so.” It sounded Scrooge-like, but wasn’t. As Andrew Coyne noted, the question did not spring from a lack of concern for hungry children — Moore made that clear in other contextualizing statements — but from a wish to clarify the distinction between government’s and parents’ roles in ensuring the well-being of Canadian children.

Moore’s (political) gaffe resonated with me, because I have expressed pretty well the same sentiment on numerous occasions to telephone solicitors for programs called Feed-a-Child and the like. The volunteers, asking for donations for school breakfast programs, always regretted their bad luck in reaching me. With most other charities I say yes or no and the call is soon over. In this case, because I didn’t want them to think I was a cheapskate in general or didn’t care about poor children, I felt bound to explain why it was their charity in particular I wouldn’t donate to on principle. Our conversations went something like this:

Me: What is this money used for?

Charity canvasser: For breakfast in school, to feed children who are hungry and can’t focus on their schoolwork.

CC: Well, I don’t know that. But the children are coming to school hungry.

Me: Who is so poor in Canada that they can’t afford to give their child breakfast? Oatmeal is cheap, nourishing and filling. So are powdered milk and raisins.

Me: No, it isn’t. It’s their parents’ fault. Maybe the school should call them in and have a chat with them. Perhaps with a social worker present who can explain to them what happens to people who neglect their children’s well-being.

CC: Thank you for your time.

Mr. Moore and I share a common view of the difference between state and parental responsibility. It is not the state’s job to feed children breakfast, or to diaper them or to ensure they wear warm enough clothing or to wash them behind their ears. Those are the functions of a parent. If these services are not being rendered by parents, the child is being neglected. Enabling the neglect will only convince negligent parents that diminished responsibility on their part is the norm in our society. If breakfast at school is provided for their children as a matter of course, it wont be long before more services are expected – lunch, dinner, baths – and why not?

The youngest of nine children, my father grew up in abject poverty. He never owned a pair of new shoes until he was an adult, and his hand-me-downs were lined with newspaper to cover the holes in the sole. I heard many stories from him and my aunts and uncles about how difficult life was for his immigrant parents, but I can’t remember any of them complaining that they went to school hungry, or that their parents expected the government to feed their children. They would have been ashamed at such an open admission of failure on their part.

It’s too bad shame has disappeared from our discourse in these matters. We “mustn’t judge.” But parents shoudl judge themselves. They should be ashamed of themselves if they can’t manage to put a bowl of oatmeal on the table for their children in the morning. Shame is a great motivator and there is too little of it in our deeply caring society. It is not poverty that prevents parents from feeding their children breakfast, it is the inability to manage meagre resources in such a way that children’s needs are met first, a principle that used to be honoured as the norm (and still is by many poor families).

I’m not unsympathetic to parents who cannot meet their responsibilities for reasons other than poverty. But if parents are too beset with personal problems to attend to their responsibilities to their children, then social services should ideally provide support to them: not by infantilizing them and acting as surrogate parents to their children, but by helping them to help themselves, by offering guidance in resource management, and motivating them to fulfill their obligations. If they can’t or won’t, then the child must be placed with others who will.