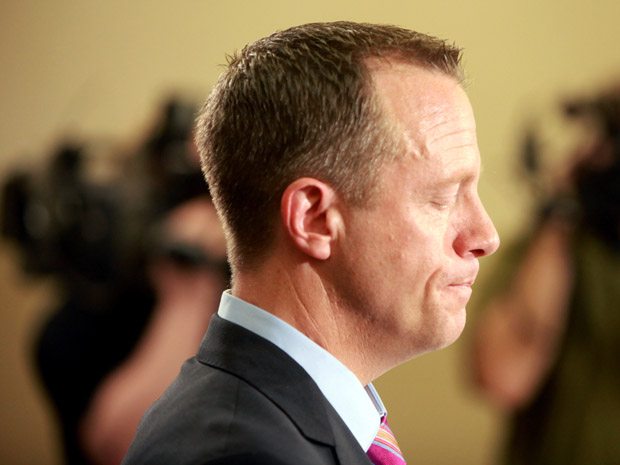 In his latest Saturday column, Conrad Black wrote: “Let us abolish imprisonment for all non-violent offences except the briefest periods, the most egregious offences, or the chronic recidivists. Instead of building more prisons, let us focus on community service and rehabilitation for the non-violent.… Prison is futile and destructive and hideously expensive, and is done only because it has always been done.”

Mr. Black is hardly the only prominent Canadian advocating such reforms. Another is former Ontario attorney-general Michael Bryant, who writes on this subject in his new book, 28 Seconds.

The most newsworthy aspect of 28 Seconds has been Bryant’s narrative of his 2009 surreal encounter on Toronto’s Bloor Street with the aggressively menacing Darcy Sheppard, a stoned bicycle courier. The stand-off resulted in Sheppard’s accidental death, swiftly followed by Bryant’s unjustified incarceration and immediate tumble from political grace. The charges against him were all eventually dismissed.

Alcoholism is the worst of substance addictions for “respectable” people such as Bryant: the easiest to fall into without censure; the most compatible with an upscale social life; the most physically traumatic to withdraw from.

Bryant was a long-time high-functioning alcoholic. Finally, realizing that drinking was stunting his marriage and parenting, and with support from AA, he stopped drinking altogether. A chastened, compassionate Bryant became a social activist with a worthy cause. His nemesis Sheppard became his spiritual brother: He discovered that the criminal justice system is overrun with Sheppards.

The human and financial cost of alcoholism in Canada is staggering. Some suffer its ill effects before they are even born. About 3,000 Canadian babies are born with fetal alcohol spectrum disorder every year. Darcy Sheppard was one of them.

But “the criminal justice system is blind to addictions,” Bryant writes. Most problem drinkers who habitually commit crimes rotate through prison and a precarious street life.

Bryant would like to see almost the entire justice system taking a therapeutic approach to addicts, in effect creating a default “drug court.” Such courts steer criminal offenders into rehab as an alternative to prison.

And yet the annual federal budget for drug courts for six cities is only $3.5-million, 0.027% of Canada’s overall criminal services budget, less than is spent on upgrading luggage security at airports.

A comprehensive drug court system would involve a rethinking of addiction-related crime from a “conviction machine” to “an addiction recovery system of hope.” Some conservatives will reflexively scoff at this therapeutic model as sappy, one that is “soft on crime.” Not at all. Serious crimes involving life and limb would require incarceration. But most addiction-related crime is not that serious. And recovering addicts will benefit more from restitution through community service than by passive incarceration that does nothing to reset their human compass.

Above all, an intelligent justice system would support early intervention before addiction sets in. Such a model exists in Toronto – the Pine River Institute — and Bryant has lent support to it. It deserves multiple replications. Bryant’s recommendations merit serious attention by influential Canadians. Over to you, Lord Black.