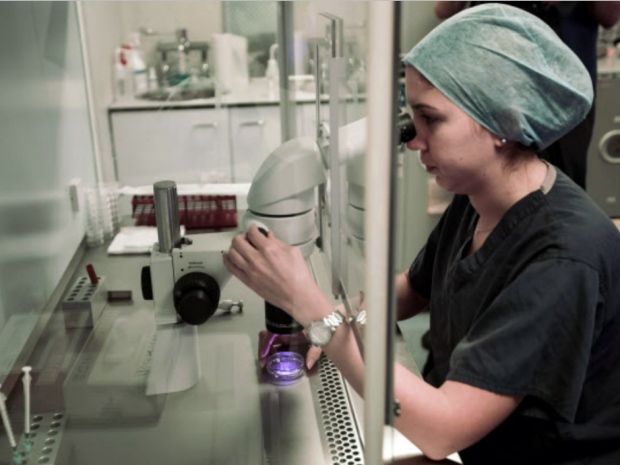 Barbara Kay: Quebec should not fund the conception of ‘manufactured’ children

Having children is all about emotion. Wanting to have children and failing to have them is sad, but so are many other things in life.

Gay Quebec TV celebrity Joël Legendre is bruiting the news that he and his partner are expectant dads of twin girls, thanks to the generosity of the Quebec government, which funded the men’s path to fatherhood through their own mixed sperm and a surrogate’s IVF treatment.

For the last several years, Quebec has been funding assisted reproduction for women unable to conceive naturally (including lesbians) at a cost of some $70 million a year, but this brings the state’s involvement in baby-making to a new level, one that is causing concern to many observers, not least on legal grounds, but since Canada’s sperm donor and surrogacy laws are so ill-enforced in any case, I will leave that issue aside for now.

Moral concern is focused on two issues: the “instrumentalization” of the female body implied by surrogacy and the alleged “right” of couples – heterosexual or gay – to have a child. Many people are comfortable with surrogacy when a woman can conceive, but not carry, a child, which means the surrogate is bearing the couple’s full biological child, which is my position. But they are not happy when the surrogate is a kind of machine for incubating a “manufactured” child, a pertinent and precise description of the process, also my position. (Author Miriam Zoll detailed the rather repellent features of egg harvesting – and indeed  the whole Assisted Reproductive Technology industry, which traffics in desperate people’s hopes – in her recent book, Cracked Open: Liberty, fertility and the pursuit of High-Tech babies, which I reviewed last summer. )

Libertarians would argue that a woman’s body is her own to do with as she wishes, with all its attendant longterm discomfort and risks to the woman, which have been well documented. Children’s-rights advocates might reply that a woman’s body stops being only her own when there is another living creature inside it, one that has moral claims of its own, such as the right to know its full biological inheritance (in Quebec stringent laws prohibit connection with such children’s biological parents).

But even libertarians must admit that a woman choosing this path has no inherent human right to bear such a child for someone else, and nor does the state have any moral obligation to ensure that she does.

Since IVF is only successful in about 30% of cases, and surrogacy in about 25%, state funding for either seems to be quite an indulgence for medical interventions undertaken for personal wishes rather than medical need.

Certainly there are cases in which young women have problems conceiving for actual physiological reasons, and those women have a claim on IVF as a medical need. But most IVF is undertaken as a result of a conscious decision to delay childbearing into the years of declining fertility. Surrogacy to assist male couples is undertaken because the men do not wish to impregnate their baby carriers in the natural way. Such individuals are not medical patients; they are “consumers” or “clients” seeking a personal service to boost their personal happiness on other Canadians’ dime.

In the case of Legendre, he already has an adopted child, so any claim of a “right” to father these twin girls’ at the state’s expense is especially spurious. Even those who argue for the right to have a child surely wouldn’t agree that one has the right to have the state’s support for fathering as many children as one fancies, or that an adopted child is of lesser moral value than a (half) biologically conceived one.

Our medical system is overburdened, which nobody disputes. As Jonathan Kay pointed out in a recent column, painful decisions must be made and therefore “government officials have a duty to spend, or not spend, health funds in a manner guided by evidence, not emotion.”

Having children is all about emotion. Wanting to have children and failing to have them is sad, but so are many other things in life. There is no evidence to suggest that childlessness is a fate so tragic that precious state resources must be marshalled to remedy it.

Quebec should not have funded this surrogacy. It was an irresponsible use of taxpayer money, and should act as a cautionary tale to other provinces.