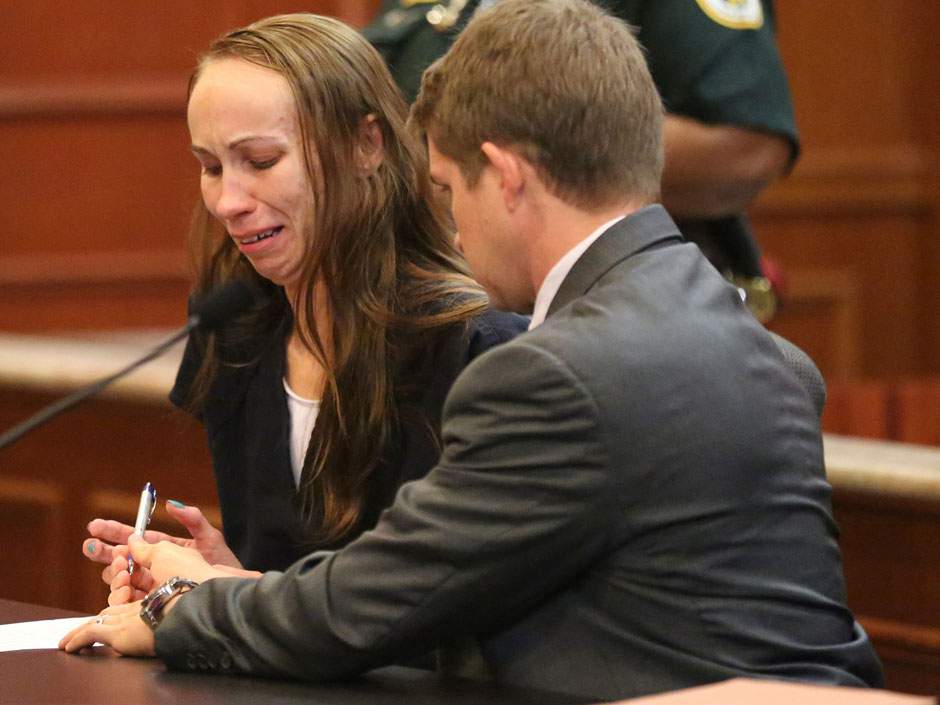 Heather Hironimus of Florida spent a week in jail before agreeing to sign a consent form for her 4-year-old son to be circumcised.

A new review of circumcision published in the Canadian Journal of Urology is receiving keen attention. The lead author is Dr. Brian Morris, a professor emeritus on the University of Sydney’s school of medical science.

The study finds not only a lower risk for urinary tract infections (UTI) among circumcised males, a benefit long acknowledged that can preclude UTI-caused kidney damage, but a lower lifetime risk for penile cancer, a reduced risk for prostate cancer among black males, lower risk for HIV, genital herpes, the human papilloma virus (HPV), and syphilis. Dr. Morris and his American co-authors state, “We found that up to 65% of uncircumcised males might experience at least one of these [medical conditions] over their lifetime.” Their risk-benefit analysis of the procedure led them to conclude the benefits exceed the risks by about 100 to one. (In another study, published in the Journal of Sexual Medicine, Dr. Morris and colleagues found circumcision produced no adverse affect on sexual function or pleasure, a charge often leveled by anti-circumcision activist groups.)

The report conflicts with the position held by the Canadian Paediatric Society (CPS), namely that the benefits of circumcision do not outweigh the risks, and they therefore do not recommend it for male babies. By contrast, the American Academy of Pediatrics (AAP) is very much onside with the Morris report. Their policy is to recommend education about and access to infant male circumcision, as well as recommending that insurers pay for the procedure (Medicaid does not cover circumcision for the poor in 18 U.S. states). The AAP states: “The new findings show that infant circumcision should be regarded as equivalent to childhood vaccination and that as such it would be unethical not to routinely offer parents circumcision for their baby boy. Delay puts the child’s health at risk and will usually mean it will never happen.”

If this were any other medical intervention, such findings would arouse no debate, and the recommendations would be followed without protest. But circumcision is a social-tension magnet, and the politically correct perspective on foreskins is ‘let it be.’ The current position of the CPS, which used to recommend circumcision, is to all appearances a reflection of the moral power accorded anti-circumcision activists.

For thousands of years of recorded history, in fact until 50 years ago, circumcision was a culturally-rooted practice that aroused no controversy whatsoever. On the contrary, based on hygienic reasoning, the practice spread from cultural groups to the population at large. In the 1960s, 83% of American, and about 70% of Canadian males were circumcised. But these numbers fell dramatically when the issue came under the scrutiny of anti-patriarchal gender activists as (erroneously) an equivalent practice to female genital mutilation (FGM). Today the national Canadian rate is about 32% and the U.S. rate about 77%.

The CPS could not condemn the practice on grounds of increased morbidity. After thousands of years of what is essentially a controlled study with virtually all Jewish men, with a large percentage of Muslim men on one side, and uncircumcised men on the other, it has been unequivocally concluded that circumcision presents no health risks; quite the contrary, as we shall see.

The single most irrational argument on circumcision is the charge of moral equivalency to female genital mutilation.

So the lines had to be drawn on moral issues, like pain inflicted, and the lack of consent, or negative medical outcomes such as  bleeding, infection, an “unsatisfactory cosmetic result,” or in rare cases deformation and amputation of the penis or death from haemorrhage or sepsis. The CPS cites a risk figure of 1.5% for such medical complications. Imputing this figure to “sloppy scholarship,” Morris’s team estimates the combined frequency of adverse events at 0.4% overall, arguing that “the cumulative frequency of medical conditions attributable to [having an intact foreskin] was approximately 100-fold higher” than the cumulative risk of circumcision.

As for moral arguments, both the “pain” and “consent” lines of defence are weak. The pain inflicted is so fleeting many babies barely register notice (in any case continuing advances in pain diminution are rendering that argument completely obsolete), and as for “consent,” vaccinations are routinely given to children without their consent. It is true that circumcision is different from vaccinations in that the integrity of the external body is changed by circumcision. But then one might say – and anti-vaxxers do say – that the integrity of the child’s natural internal system is forever changed by vaccinations. As for complications arising from the procedure, they are statistically rare when performed by qualified and experienced surgeons or “mohels,” ritual circumcisionists, as rare as untoward consequences from dental procedures and other medical procedures like tonsillectomies (also performed without consent).

The single most irrational argument one often sees is the charge of moral equivalency between circumcision and female genital mutilation. FGM is a phenomenon that is, apart from both affecting the genitals, quite separate from circumcision. Unlike circumcision, which removes an unnecessary piece of skin, in no way prevents natural and satisfying sexual function, FGM is a misogynistic practice created as a means for men to control women, meant to prevent sexual desire and gratification in women to ensure their fidelity, and which removes a portion of the genitals absolutely vital to gratification. It is the very epitome of patriarchy, whereas circumcision is a rite of passage conceived by males for other males, and for thousands of years rooted solely in spiritually contractual language and meaning. Women who have been subjected to FGM invariably come from countries in which extreme misogyny is the norm. Circumcision carries no moral or gender-injustice baggage of this kind whatsoever.

Dr. Morris’s report concludes: “Taken together, the new findings should send a strong message to medical practitioners, professional bodies, educators, policy makers, governments, and insurers to promote this safe, simple procedure, best done in infancy under local anesthesia and to increase access and third party coverage, especially for poor families, who tend to suffer most from foreskin-related diseases. Infant circumcision has, moreover, been shown to be cost saving.”

Parents deserve to be informed of all the evidence, pro and con, when the issue of circumcision arises. It is not necessary for the CPS to actively recommend circumcision to keep to the path of ethics and professional responsibility, but given the accumulation of evidence demonstrating the positive effects of circumcision, it would be unethical of the CPS – or any pediatricians individually – not to present the science available, or worse, to recommend against the procedure.