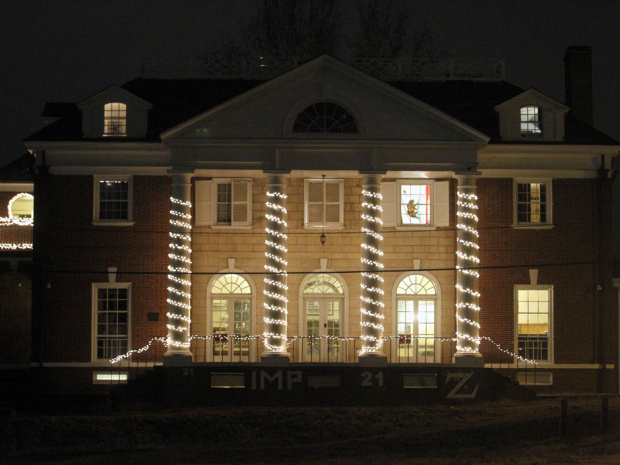 This Friday, Dec. 5, 2014 photo shows the Phi Kappa Psi fraternity house at the University of Virginia in Charlottesville, Va.

A crisis at Rolling Stone magazine is a cautionary tale of the harm done to journalism when reporters abandon objectivity and due diligence in order to further a political agenda.

Last month the magazine ran a story by contributing editor Sabrina Rubin Erdely about an alleged 2012 fraternity gang rape of a University of Virginia student. According to the harrowing tale of the victim, “Jackie,” she was taken — sober, she says — to a frat party by her date, a man she trusted. Once there, she was thrown on to a glass coffee, which shattered on impact. Lying on the broken glass, she was then raped by seven men. She left the party and called some friends, who argued over whether she should report the crime. She didn’t.

Jonathan Kay on the reality behind sex crime allegations: Due process depends on who you are

Recent media scandals betray the due-process double-standard that exists for men accused of sexual impropriety. On one end of the spectrum are anonymous male university students, instantly vilified by journalists and campus activists as dangerous misogynists based on unproven allegations of rape. On the other end of the spectrum are celebrities who use dilatory legal and quasi-legal means to keep their accusers at bay for months, years or even decades.

Last month, Rolling Stone magazine published a campus rape-culture tell-all centered on the alleged gang rape of a woman (“Jackie”) at a University of Virginia frat-house party. The story was shocking. But a subsequent Washington Post investigation revealed that some of the details reported in the Rolling Stone story are untrue. For instance, the fraternity in question didn’t hold a party on the night of the alleged crime. And the frat membership list contains no one who fits the description of the accused rapist. On December 5, Rolling Stone ran a “note to our readers” acknowledging that “there now appear to be discrepancies in Jackie’s account.”

The first to query details in a Nov. 24 blog post was Richard Bradley, editor of Worth Magazine. His close reading of the piece and his accusation of “journalistic malpractice” (at Jackie’s request Erdely did not try to contact the accused men, or even speak with Jackie’s friends; she took Jackie’s word for everything she wrote as fact) sparked a wave of further criticism in outlets such as Bloomberg, Reason, Instapundit, the Wall Street Journal, the Los Angeles Times and the Washington Post.

Investigation showed discrepancies between Erdely’s account and reality, such as the fact that Phi Kappa Psi, the frat house in question (which denies Jackie’s charges), had not held any social events during the weekend specified by Jackie, and her date was not a Phi Kappa Psi member. Other questions should have occurred to Erdely. Why would a pre-meditated gang rape, which is what Jackie seemed to be alleging, take place on a coffee table and not a bed? What man in his right mind would expose his genitals to broken glass, and were any of them injured by the glass in a way that may have offered corroborating evidence of Jackie’s allegations? What kind of woman would say to a friend who, she believed, had been raped by seven men and was streaming blood from her wounds, “Why didn’t you have fun with it? A bunch of hot Phi Psi guys?”

But Erdely clearly didn’t question Jackie’s account. She had come to UVA expressly to find stories, the more alarmist the better, to fit a pre-existing theoretical template of a flourishing rape culture on American campuses. Jackie merely fed her what she was longing to hear.

That Erdely’s editor fell in with her unprofessionalism is even more disconcerting. As bigger and bigger holes appeared in the story, Managing Editor Will Dana put out a public letter of apology, saying Rolling Stone was “mistaken in honoring Jackie’s request to not contact the alleged assaulters to get their account.” (This language itself is an update from an earlier version, which said, “Our trust in [Jackie] was misplaced.” Having been accused of blaming the victim, Rolling Stone is now taking full responsibility and is accusing Jackie of nothing.) Dana explained that “We were trying to be sensitive to the unfair shame and humiliation many women feel after a sexual assault….”

Some commentators, incredibly, were angry at Rolling Stone for admitting their professional laxity. Victim advocates at UVA told Slate journalists doing a follow-up story that “questioning the victim is a form of betrayal.” A Salon reporter conceded the article was “imperfect” but adjudged criticism to be part of the “rape denial playbook.” And Kay Stoeffel of New York magazine felt that “forcing reform at UVA, encouraging other women to come forward” outweighed the negatives of an inaccurate story. Stoeffel posed the question, “To what end are we scrutinizing?” The obvious answer — because getting at the objective truth is the function of journalism — seems to have gotten lost in a culture where “narrative” trumps fact-finding.

Journalism is a big tent that can accommodate both reportage and opinion bias. But opinions (including this one) generally belong in the comment section. And even there, arguments must be evidence-based. As a columnist known to be sympathetic to male victims of, among other things, a dysfunctional, anti-male family court system, for example, I have received literally hundreds of narratives by men whose lives have been ruined by women’s allegedly false allegations. I believe most of them, but I don’t write about them, because I can’t get the accused women to talk to me and give me their side of the story.

And that’s how it should be. When journalists and editors use their privilege to advance a political agenda at the expense of objectivity, they cheat the public and cheapen the journalistic profession.