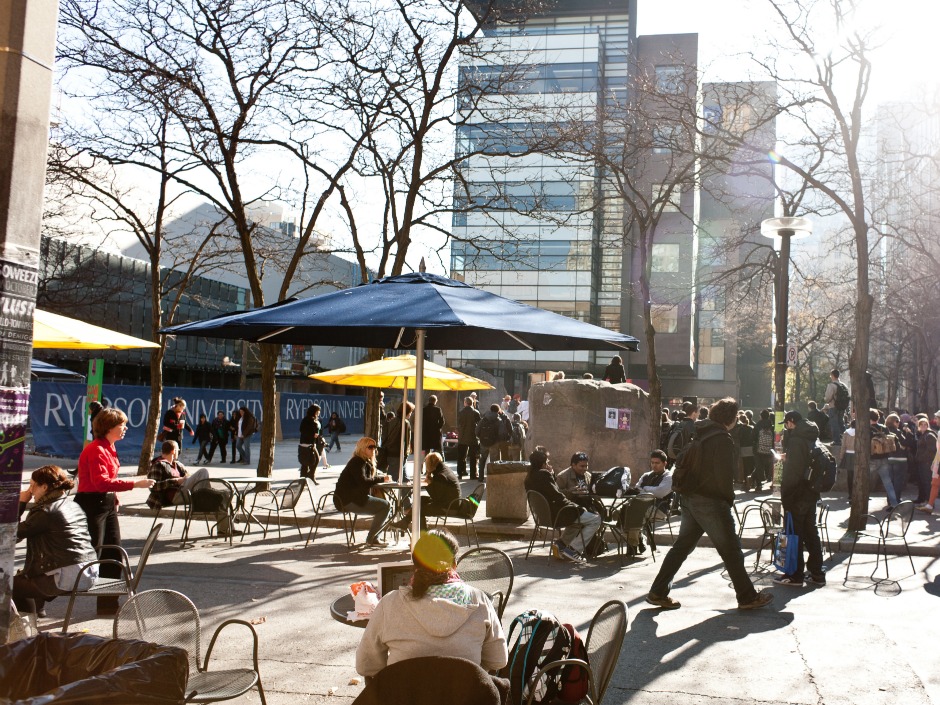 Ryerson University is demanding that CAFE pay $1600 in security fees to host a lecture on campus. This is outrageous.

It’s happening again. Yet another Canadian university is making life extremely difficult for a group that brings awareness of men’s issues to institutions of higher learning.

The Canadian Association for Equality (CAFÉ) organized a talk to be held at Toronto’s Ryerson University Thursday, Feb. 6, entitled “Are Men Obsolete? Feminism, Free Speech and the Censorship of Mens Issues,” to be delivered by Karen Straughan, famous as the YouTube sensation GirlWritesWhat. Straughan’s talk will argue the need for safe spaces in which men on university campuses can discuss issues of health and well-being, particularly in the face of organized resistance to recognition of such official spaces.

The event will go ahead, but at a high cost to the group. On January 31, representatives of CAFÉ were called to a meeting by the Ryerson University Office of the Vice Provost Students and campus security, who informed them that if the event was to go forward, CAFÉ must pay $1,600 in security fees (+HST) and change the lecture’s venue from the advertised Mattamy Athletic Centre to the less central G. Raymond Chang School of Continuing Education.

This is outrageous. The demand for a security fee, which most groups cannot afford to pay, is almost invariably a transparent strategy to force the group to withdraw their event. It is the university’s obligation to ensure the security of bona fide speakers – and this one certainly is; Straughan’s talk, like all CAFÉ talks, will be a responsible, thoughtful dissertation on an objective situation, and the opposite of incendiary – and to impose such a hardship on a group in anticipation of irresponsible and bigoted behavior by intolerant activists is to blame and punish the victim.

A university can only justify such a demand by intellectually acquiescing to the notion that discussion of men’s problems is an inherently controversial and offensive form of discourse. We know that if feminists’ discourse was threatened with activist resistance, no university in the land would dream of charging them a security fee. On the contrary, the university would if necessary call in the Armed Forces to ensure their right to speak.

Not that such a scenario is even thinkable. There may be some bitter anti-feminist bloggers on the Internet, but there are no organized anti-feminist groups on campus. All campus males either listen respectfully to feminist speakers, even when they castigate men for the world’s problems, or choose not to listen. That is how freedom of speech should work.

CAFÉ has been through this wringer before. The University of Toronto, where most of their events have taken place over the last few years, also tried to dissuade them. Their first few lectures had taken place without incident, but as awareness of them spread, organized resistance gathered. Before long, attempts to disrupt and scuttle events became downright ugly: the ringing of fire bells, barricading entrances, inflamed harassment of attendees and shouting down speakers in the lecture hall.

But the speakers persisted, and over the howls of the would-be censors they were heard: Warren Farrell, longtime men’s rights advocate, Janice Fiamengo, University of Ottawa literature professor, and impeccably credentialed McGill academics Katherine Young and Paul Nathanson, authors of a magisterial series of books on misandry in our culture and in our courts.

Finally, one speaker arrived last year to find that the anticipated hysteria did not materialize.  That was Wagner College psychology professor Miles Groth, the godfather of the men’s centre movement. The absence of organized protest seemed to suggest that radical feminists are beginning to understand that public sympathy for reflexive hysteria around male-positive discussion is waning, and that the use of bully tactics to suppress discussion of legitimate male concerns is no longer acceptable to most Canadians.

The result is that the men’s issues awareness at the University of Toronto is now mainstream. The administration no longer requires security fees. Protests are small or non-existent, as resisters find they have no public support for their antics. And there is a new and vibrant Men’s Issues Awareness Society at the University of Toronto. And yet the sun still rises in the east, and women’s lives on campus have not changed a whit.

CAFÉ is paying Ryerson’s demanded security fee and changing its venue. Their hope is that it will be the first and last time that is necessary. Their plan is to host events at eight universities across Canada in 2014.  They are now busy setting up the first Canadian Centre for Men and Families.

Shame on Ryerson and more power to CAFÉ.