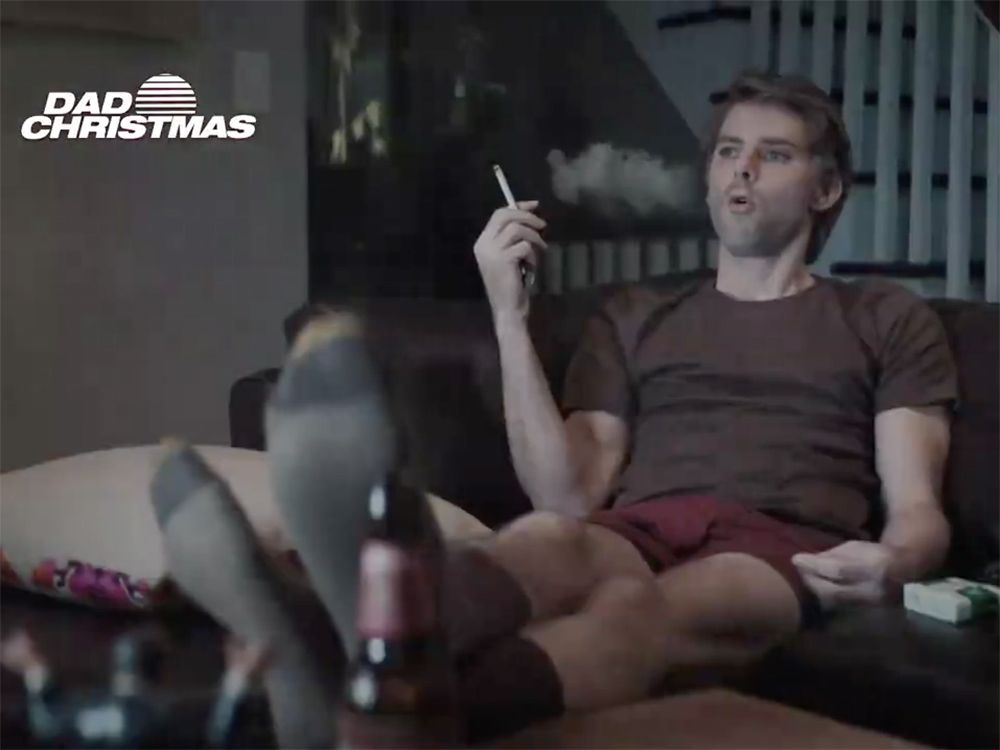 Barbara Kay: SNL could never smear another group like it does fathers

A scene from the Saturday Night Live skit "Dad Christmas" is seen in a still from a video.

Saturday Night Live usually hits the mark, humour-wise, but when it misses, it can miss big time.

On Dec. 1, SNL mounted a skit called “Dad Christmas.” One blogger commented on it, “I don’t remember SNL ever sinking to this depth to disparage divorced dads in an attempt to provoke a laugh.” I agree. It was an act of vile misandry.

The skit begins with two adolescent children enjoying a warm and festive Christmas with their mature, beautifully groomed and loving divorced mom. Then they are shown in an alternate Christmas scenario — with “Christmas Dad,” i.e. an allegedly generic divorced father.

Christmas Dad lives in a sad-looking home somewhere in interior Florida (wink wink: deplorables territory). The kids arrive to find a bimbo in residence, introduced only by her first name. Both she and Dad chain-smoke in the house. The kids are unhappy, expressing longing for the “rules” their mother imposes. If ever a comedy routine was written to bludgeon its audience with contempt for an identifiable group, this is it.

It’s difficult to find this skit online, as it was pulled from NBC’s YouTube account after the network fielded intense criticism (whether for its treatment of fathers or of Floridians isn’t clear). A U.S. friend filmed a cached version with his phone for me.

It wasn’t long before SNL was back at it again with yet more male mockery. Last weekend’s show featured a skit, the Westminster Daddy Show, in which “daddies” — i.e. sugar daddies, divorced men in their 40s and 50s who trade their prestige or wealth for sexual access to younger women — are portrayed as show dogs, and judged according to their daddy attractiveness. There’s Golf Daddy and Tweedy Daddy and Wall Street Business Daddy, whose fat billfold is fingered with approval by the female judge. The winner — “Best in Show” — turns out to be “Pedigree Broadcast Daddy,” played by show host Matt Damon.

This skit, too, fomented angry comments from those who saw misandry in its premises.

But in fact the two dad-themed skits are apples and oranges in terms of offensiveness. The dog show overtly mocks only one kind of man: the sex-fixated rich guy who can afford to buy a younger woman’s companionship. But it covertly mocks attractive young women who use sex to acquire personal ATM machines. So even though the viewer is shown only the foolishness of sugar daddies, and must infer the opportunism and shallowness of “sugar daughters” (hey, why isn’t that a meme, too?), the Westminster Daddy Show skit is not even in the same league for misandry as Dad Christmas. Sugar daughters are not held up for admiration. And sugar daddies deserve mockery.

But Dad Christmas holds all divorced moms up for admiration and mocks all divorced dads. In fact, since the point of the skit goes to innate character, one might say that the skit ridicules fathers in general. SNL isn’t alone there, of course. Fathers, whether depicted in intact families, or divorced, are low-hanging fruit in our society for mockery. They are constantly portrayed as childish, domestically incompetent or slobs.

In reality, unlike sugar daddies, separated fathers with financial burdens but infrequent access to their children are the most unprivileged, falsely stereotyped and systemically disdained citizens in our culture. If many of them live in Florida where housing is cheap, it is often because family court has assessed their child- and spousal-support obligations at or near their total income.

The facts around fatherlessness are anything but humorous. Fatherlessness is the single greatest predictor of criminal activity in boys and promiscuity in girls. A child in a father-absent home is more likely to live in poverty; more likely to suffer from obesity and addiction; twice as likely to drop out of high school; and more likely to face abuse and neglect from an unrelated man in the home. (In the skit, the mom is alone. Real divorced moms also have live-in boyfriends; SNL dad’s live-in girlfriend may not be Mary Poppins, but she does not present a statistically meaningful risk of abuse to his children.)

The U.S. Census Bureau reports that 24 million children — one out of three — live in homes where their biological father is absent. From contemptuous branding of the SNL kind, many assume that dads don’t care much about their children after divorce. But when one parent has sole custody, clearly the case in the SNL scenario, natural parent-child bonds atrophy. The social science is clear: children need to spend a minimum of 40 per cent of their time with each parent to maintain natural, healthy bonds with both.

Loving fathers, disenfranchised of their parenting rights by mother-friendly family courts, are amongst the most anguished people you can imagine. Spiking divorce-related suicide rates for men prove that. These men are legion, but culturally invisible. Does any of this strike you as funny?