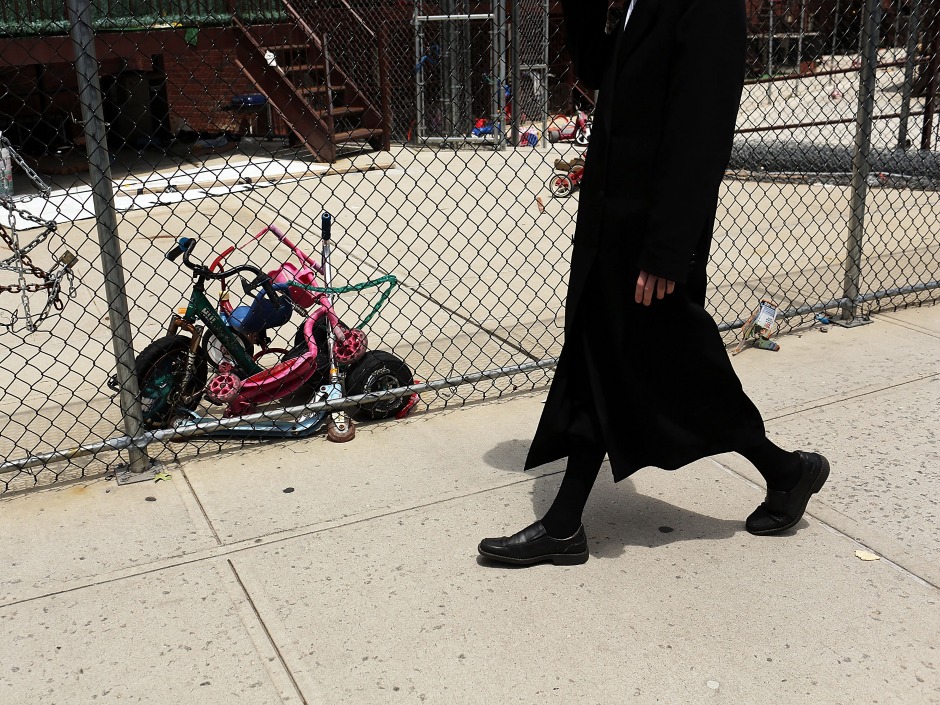 All Jews should be embarrassed that some of our women are held hostage by spiteful husbands who hold the sole power to grant a divorce.

New Jersey resident Gitel Dodelson is a 25-year old Orthodox Jewish woman and new mother. Recently separated from her husband of 10 months, she wrote candidly about her marriage breakdown in the New York Post. In Gitel’s tightly knit community, exposing such “dirty laundry” is almost unheard of. But her decision to go public was an act of desperation.

Jewishly, a divorce is only complete halachically (halacha is Talmud-based jurisprudence) when the husband issues his wife a “get,” the document officially releasing her from the marriage. A husband cannot be compelled to issue it; and that is Gitel’s ill-starred situation.

If her husband chooses to withhold the get indefinitely, as other vengeful Jewish men have — and from Gitel’s portrayal of her husband as a near-sadistically controlling man, he well might — Gitel will have two options. Hoping he’ll relent, she can wait it out as a pious, but socially anomalous “agunah” (the halachic term for a woman who is “anchored” or “chained” to her marriage); or she can leave her community and begin life anew in self-imposed exile to an alien social and cultural planet.

For a young woman raised within a cloistered culture, where conformity to rigid gender and ritual norms is the air one breathes, the latter option, which might involve a partial or total rupture with her support system, must be daunting indeed. But as Jewish law stands, choose she must, a fact that in the year 2013 is both absurd and disturbing to rational minds — including many in the Orthodox world.

As anyone with the most rudimentary understanding of human nature will immediately grasp, entrusting complete legal control over the termination of a marriage to one party, regardless of his emotional maturity or even his psychological stability, with the other party’s freedom contingent on pure luck, is a recipe for ethical corruption on a grand scale.

And so it has proved. The Jewish world abounds with off-putting stories of get-related carrots and sticks: huge bribes paid out to recalcitrant husbands, or, when that fails, shunning and more brutal pressures brought to bear. In one ghastly recent case, two New Jersey Orthodox rabbis (!) were arrested for extorting gets on thwarted wives’ behalf for “tens of thousands of dollars.” According to news reports, the rabbis allegedly kidnapped and tortured reluctant husbands with cattle prods and plastic bags over their heads. They allegedly told police they had carried out “similar jobs” every 18 months over the past 20 years, a fact that was known to their community.

The Torah may be sacred to observant Jews, but many once-countenanced ancient practices are not

In a well-publicized Canadian case, Stephanie Bruker sued her ex-husband Jason Marcowitz for damages to her social, religious and procreative life over his 15-year long refusal to issue a get. In 2007 the Supreme Court ruled for Bruker, provoking debate over the limits of state intrusion into religious affairs.

Male-run synagogue services, female-run kitchens and nurseries and social separation of the sexes are not inherently unethical. The get, however, which effectively cedes ownership of the woman to the man, is indeed an offence to human dignity, a tribal throwback to lawless times, and a practice unfit for an enlightened culture.

The Torah may be sacred to observant Jews, but many once-countenanced ancient practices are not. Over the centuries talmudic sages jettisoned the Torah-based endorsement of slavery, animal sacrifice, polygamy and harsh punishments for sexual “crimes.” Why not the get as well? Official, universal entrenchment of a prenuptial agreement linking marriage breakdown to automatic issue of the get — a precaution many modern Orthodox rabbis now insist on for young couples — would end the imbalance of power in Orthodox Judaism.

An Orthodox friend chides me, claiming it is not for me, an unobservant Jew, to dictate halachic changes to the Orthodox. He is wrong. Judaism is more than a faith. It is a peoplehood, comprising a spectrum of Jewish dynamism springing from religious fervour, ardent secularism and everything in between, all of us bound together by a common history and all contributing in our own way to a common destiny.

No matter our chosen path, Jews’ passion for justice defines and unites us. Injustice consciously sanctioned in any one Jewish identity group shames all of us.