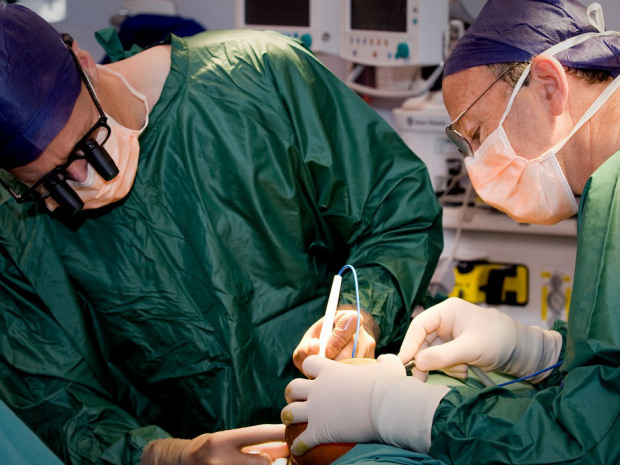 The tale of a surviving conjoined twin involves a bewildering intersection of law, technology and ethics.

By any standard, 14-year old Gracie Attard, an English girl from the tiny Maltese island of Gozo, is an extraordinary child: bright, charming, poised, with ambitions for a career in medicine. She has also been saved twice from certain death: the first time by her parents’ religious principles, the second time from her parents’ religious principles.

In 2000, Gracie was born a conjoined twin. Her sister Rosie, with whom she shared an aorta, bladder and circulatory system, was a “parasitical” twin, incapable of living independently. Rosie’s burgeoning needs, doctors predicted, would eventually kill Gracie. The decision was made to separate the twins.

The case, recalled to public attention through a first-ever interview last week with Gracie in the Daily Mail — “I don’t feel guilty that I lived and [Rosie] died, because what happened wasn’t my decision” — is surely unique in human history.

Nature plays some very cruel tricks on human beings in the process of species reproduction. Miscarriages, infertility and birth deficits are misfortunes that evoke uncomplicated sympathy. But the cruelest trick of all, physical fusion, evokes a much stronger response; sympathy is submerged in revulsion bordering on horror. Here, if anywhere, is comeuppance to the old dictum, “Nothing human is alien to me.”

We can empathize with the physical and social challenges to a handicapped child, and we willingly try to understand what happens inside the mind of an autistic child. But we cannot even begin to imagine enduring the torture of hopeless fusion without going mad. Only the conjoined themselves, ignorant of the normal human estate, can — and do — accommodate themselves with equanimity to their dreadful lot.

Since the 1950s, surgeons have whenever possible separated conjoined twins, however long and arduous the process. Depending on the nature of the join, sometimes both survive. But other times, as with Gracie and Rosie, it is known in advance that one must die that the other may live.

Such a ghastly responsibility — it recalls the heartbreaking film Sophie’s Choice — is any parent’s worst nightmare. Nevertheless, most of us would doubtless conclude that it is better to save one life than enable two deaths. But Michael and Rina Attard are devout Catholics. They, in Rina’s words, “decided it was better to put [the girls’] future in God’s hands.”

Fortunately, three Appeal Court judges overruled them and ordered the twins separated, which the parents accepted without challenge. Rosie died in her parents’ arms three hours after the 20-hour operation in Manchester, England. Gracie’s legs and pelvis would need surgical adjustments, but she thrived.

But it wasn’t the surgeons God had help from, was it? The surgeons helped Gracie. It was the secular judges who, so to speak, helped God

The Attards’ ordeal could have been avoided if they had opted for abortion when they were made aware of their predicament during the pregnancy. But they have no regrets. “We made the decision we thought was the best one for the twins at the time,” Michael said in the interview. “But let’s say we’re happy with how things turned out.” Rina added, “We are very glad now that God had a bit of help from the surgeons.”

But it wasn’t the surgeons God had help from, was it? The surgeons helped Gracie. It was the secular judges who, so to speak, helped God. For, as the Attards understand God, He — for reasons known only to Himself — ordained that the twins should be so hideously fated, but for similarly inscrutable reasons, would have allowed them both to die before their terrible lives had barely begun. Judges also ordain, but must answer to reason for their decisions.

Though so rare as unlikely ever to be repeated in its essential elements, this story sets the mind reeling with the paradoxes of modern life (not to mention the ethical quandary for pro-lifers) it contains.

Rosie was doomed in any case. But Gracie is a miracle, when you think of the perfect lucky storm her survival symbolizes. If Gracie’s parents had been pro-choicers, they would have aborted the twins, and she would not exist. On the other hand, before ultrasounds, pro-choicers wouldn’t have had the information to motivate an abortion, and would have been stuck with the same decision as the Attards. Before the 1950s at the earliest, though, surgery could not have been contemplated, so Gracie would have died, no matter who her parents were. Judges played their part only because surgery advanced far enough to present a viable option.

Science. Faith. Law. Gracie Attard is the odds-defying winner to emerge from a spectacular clash/collaboration amongst these, the cognitive titans of our singular species.