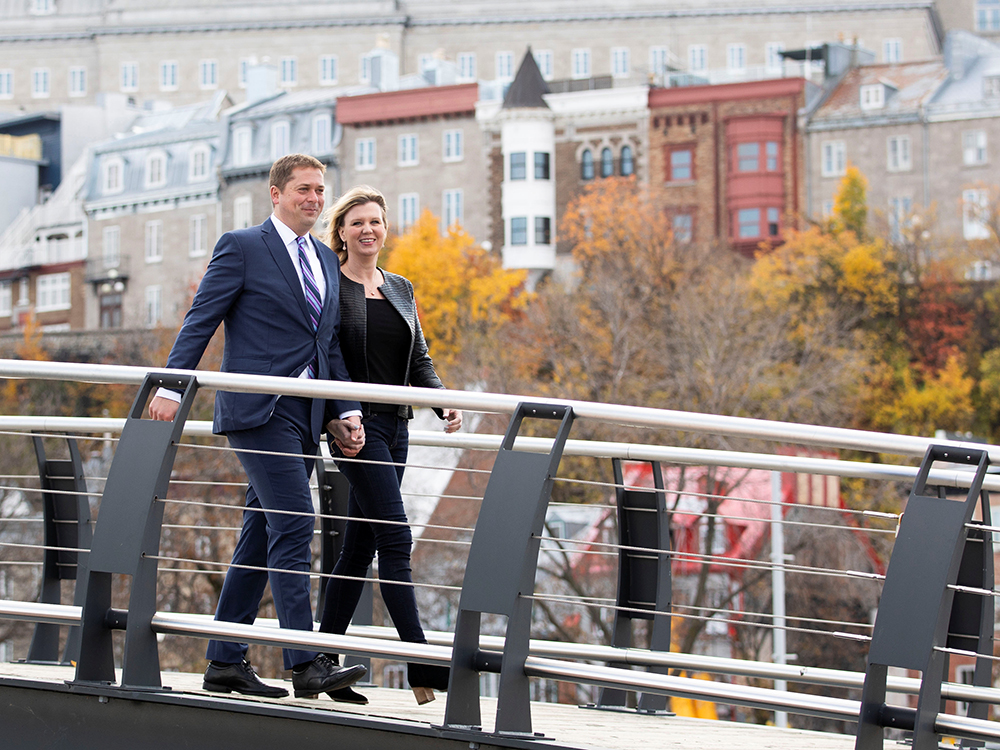 Pundits Michael Coren of Ontario and Richard Martineau of Quebec don’t normally coincide polemically. But they have lately converged on one issue.

Both have elected to gin up fears that Andrew Scheer’s campaign promise not to introduce an abortion law might, in the (unlikely) event of a CPC majority, yield to his fervent pro-life convictions. And both have justified their scaremongering through guilt by association.

In a late-August Maclean’s article, Coren brings his insider knowledge as a former Catholic to bear on his claim that Canadian women’s continued right to unfettered abortion might be compromised by a Scheer government. Scheer, after all, believes abortion is a “grave sin.” Therefore, “(c)an we believe Scheer when he says that, given the power to stop it, he simply won’t do so?” Maybe we shouldn’t believe him, Coren muses. Because even though Scheer has not himself labelled abortion as the “crime of murder,” “he has certainly associated with people who do.”

Both have justified their scaremongering through guilt by association

The “people who do” are a pro-life group called Right Now. In an interview with them, Scheer said he supports the right of individual MPs to speak out on the issue. This rang alarm bells for Coren. From its tone, a reader can easily come away from Coren’s column with the strong impression that a return to the horrors of back-alley abortions is a legitimate fear to entertain under a Scheer-led government.

In Quebec, where the Catholic Church is in general held in suspicion or even contempt because of its pre-Quiet Revolution abuses of power, Opus Dei (Work of God), a conservative prelature of the Catholic Church, is particularly liable to demonization, a trend encouraged by the publication of Dan Brown’s scurrilous and luridly anti-Opus Dei 2003 mystery-thriller, The Da Vinci Code.

In May 2010, Scheer invited all his parliamentary colleagues to a luncheon meeting with Father Fred Dolan, vicar of Opus Dei in Canada, as the speaker. About 16 to 18 Conservative MPs reportedly attended. Martineau finds it scandalous that Scheer should have offered Father Dolan such a platform.

Martineau approvingly quotes from a Le Devoir reporter’s account of the luncheon, in which Opus Dei is described as “ultraconservative,” arousing distrust because of “its secret character” and dedicated to infiltration of elite institutions, which it accomplishes by recruiting highly educated members who seek positions of influence in the corridors of power.

Sounds pretty menacing. And worst of all, Martineau says, Opus Dei considers abortion not only a sin, but “a crime.” Scheer’s enabling role on this occasion was therefore, Martineau claims, “proselytisme.” Except it wasn’t proselytism at all. Father Dolan sent me the text of his 2010 talk: It was the kind of inspirational ecumenical discourse that should not have offended anyone of any faith or none, with no reference to abortion.

In another column, Martineau writes (my translation): “Oh, I know, the leader of the Conservative party has said he will never touch the abortion file. But we live in the era of image. And (Scheer’s) look (‘le look’) of being a member of Opus Dei seems to say the contrary.”

This innuendo is insulting and absurd. I know Father Dolan very well. A gentleman and a scholar. I know many other members of Opus Dei because a dear friend, Monique David, heads the Opus Dei Women’s branch in Canada. I have visited Opus Dei’s women’s centres in Canada, the U.S. and Israel. I’ve never met such uniformly grounded assemblies of dynamic, rational and good-humoured women, all engaged in socially useful work. None of them has ever tried to convert me. Secretive? Um, no. Go to their website, where you will find a clarifying rebuttal to Martineau’s slanderous accusations (he claims, for example, members aren’t permitted to watch TV alone — not true), and a plethora of information about Opus Dei’s beliefs and activities.

Of course they hold traditional Catholic views on abortion — also on euthanasia — but so what? Where do journalists get off calling for purity tests that include the shunning of people holding philosophically defensible views as though they were white supremacists?

There are 600 Opus Dei members in all of Canada (90,000 worldwide), mostly lay people, decent Canadian families quietly living their faith. To imply that they, or any Christian pro-life group, have the will or power to undemocratically infiltrate our government with the intent of directing abortion policy is a conspiracy theory — uncomfortably redolent of the myriad political conspiracy theories promulgated about Jews — that should not be peddled to Canadian readers by any responsible journalist. In this era of image, after all, it gives those who do ‘le look’ of illiberal liberalism.