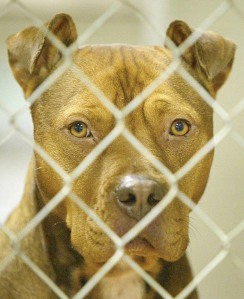 At the moment I am doing a modest little victory dance as I type. One of the first columns I ever wrote for the Post (December 10, 2003) argued that pit bulls were a danger to society because of their nature. Naturally I backed up my claim with plenty of statistical ammunition. And today I feel vindicated.

I was, even as a newbie, aware that readers who disagree with you can get pretty hot under the collar, but I had no idea how exponentially explosive the response is when you diss a dog breed. My column was distributed to dog-owner sites and I received a tsunami of hate mail the like of which I have never seen before or since. I was called unprintable names – and more than one pitbull owner spelled out in graphic detail what he would like to see a trained pit bull do to me. (One responder, curiously enough, expressed the hope that I would get all my fingers chopped off while playing the piano. Not sure what the connection to pitbulls is there.)

Well, all those pitbull owners can now turn their wrathful attention to Dr. Malathi Raghavan, a University of Manitoba epidemiologist, and author of a new study of dog bite cases between 1984-2006 in the journal Injury Prevention that suggests the controversial bans are having a positive effect. After “breed-specific legislation” was passed, Manitoba’s overall provincial rate of bite-related hospitalizations dropped from 3.5 to 2.8 per 100,000 people. A spokeswoman, commenting on the study, conceded that pitbulls “genetically hard-wired” to be combative, but diplomatically added the usual refrain that all dogs have the capacity to be nasty if they are ill-trained.

The idea that pitbulls owned by nice people are no more dangerous than any other breed is a myth, of course. Dogs bite four to five million Americans every year. Serious injuries are up nearly 40% from 1986. Children are victims of 60% of bites and 80% of fatal attacks. Nearly half of all American kids have been bitten by the age of 12. Pitbulls or crosses alone account for more than a third of dog bite fatalities.

Sure all dogs bite, but most dogs let you know before they bite that they have hostile intentions, and they let go after they bite. As I noted in my previous column, “Unlike other biting dogs, pitbulls don’t let go. They are impervious to pain. Neither hoses, blows or kicks will stop them. Other dogs warn of their anger with growls or body language like terrorists, pitbulls attack silently and often with no perceived provocation.

The breeders, trainers and Kennel Clubs know all this. Yet dog civil libertarians resist “profiling” or penalties that impinge on the dog’s “right to due process” (their actual words). Gordon Carvill, (at the time of my 2003 column), president of the American Dog Owners’ Association, is implacable on breed profiling, falsely claiming, “There is no dog born in this world with a predisposition to aggression.” This is canine political correctness run amok. Disinterested experts overwhelmingly disprove this claim with ease.

Just so pitbull owners shouldn’t feel lonely, Rottweilers aren’t always so cuddly either. In 1998 there were 1,237 reported dog attacks in Canada, and a full half of them were accounted for by pitbulls and Rotties. Some jurisdictions in Quebec ban both, and it doesn’t cause me a single minute’s loss of sleep.