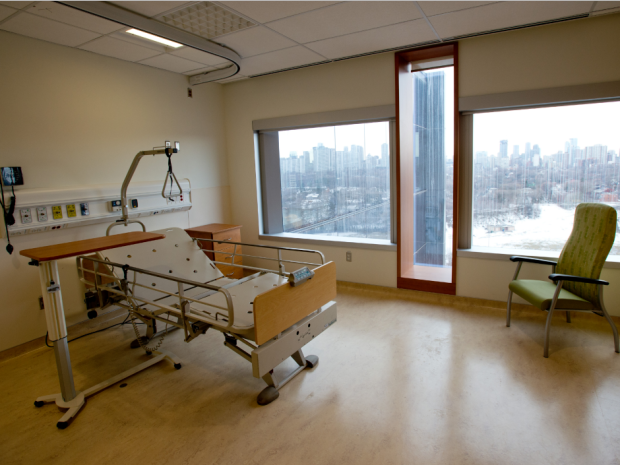 Barbara Kay: Suicide is none of Medicare’s business

I want my doctors focused on healing or making me comfortable, not taking my children out in the hall for a 'chat' about 'options'.

So far the issue of assisted suicide has been framed in polar terms. You’re for it or you’re against it. It’s a human right or it isn’t a human right. It’s a sin or it’s an act of compassion. Human dignity is inherent, whether one is independent or dependent, or human dignity ends when diapers enter the frame.

‘Who owns my life?’ Top court to consider whether terminally ill Canadians have right to assisted suicide

The Supreme Court of Canada hears an appeal this week delving into an issue that’s increasingly resonating with Canadians as the country’s population ages — the right to assisted suicide for the terminally ill.

On Wednesday, the country’s highest court will begin hearing an appeal by the B.C. Civil Liberties Association that could ultimately result in dying but mentally competent Canadians being granted the right to receive medical assistance to hasten death.

It’s the latest challenge to the Criminal Code of Canada’s provisions outlawing assisted suicide. Its roots stretch back to the 1993 Supreme Court decision that denied Sue Rodriguez the right to die.

There’s a middle ground we don’t debate. For me the issue is not suicide as an end in itself; rather it is the presumed vehicle for reaching that end that irritates me.

You tell me — passionately — that your life is your own, to dispose of as you wish. I’m not disagreeing. Kill yourself; see if I care. The Hemlock Society will provide you with a number of reliable, sure-fire ways to achieve your goal.

But what about those who are too ill or incapacitated to kill themselves, you ask. No problem. Let them ask family members or friends to help them. I’m willing to waive criminal charges against people assisting individuals, sound of mind, who have notarized their wish to die with their help.

Now you’re offended. Why should it be the responsibility of the suicide-seeker to provide his own helpers? You apparently consider suicide to be such a sacred right that the state must provide it to citizens by way of our medical system. Whoa. Now you’re involving me in your plans. Count me out. I pay my taxes for a medical system whose function is to enhance life and minimize suffering; I have no wish to support your suicide and neither do a lot of doctors.

Sorry, but I do not think the right to dispose of one’s own life includes the right to state assistance. That’s a service governments can choose to offer or not choose to offer. But if they don’t offer it, they haven’t abrogated any human right expressed in any constitution or Charter of Rights (unless of course a revisionist court decides that “security of the person” or some such actually includes the right to have the state kill you. Which could easily happen, but it would be a farce if it did).

In my concept of human rights, you have the right to the best medical care available to heal your ills. If they cannot be healed, you have the right to the best palliative care we can provide (which we have not yet scratched the surface of in terms of possibilities and availability, and for which research is bound to diminish in importance once assisted suicide becomes a state-sanctioned norm). You have the right to a pain-free final journey to the abyss, or as pain-free as it can be made (here too advances can and will be made). But your right to suicide ends where my forced complicity begins.

Here’s a scenario I can live with: Let assisted suicide be privatized (but of course regulated). Something like the Swiss Dignitas clinic, which by all accounts is run with integrity and sensitivity. Let it be in its own separate building, perhaps near a hospital for easy transfer, but not in it. Killing people isn’t rocket science. You don’t need doctors. Any technician can be trained to do it. It shouldn’t cost a fortune either, since the stay is very brief and the resources needed very uncomplicated.

For those who can’t afford even that modest amount, let there be charities founded by people for whom this right is so sacred they’re willing to shell out for the suicidal poor

For those who can’t afford it, let there be suicide insurance. If people with settled views on the subject buy in early in life, it should be very cheap. If they never take advantage of it, it’s a small price to pay for peace of mind over many decades. For those who can’t afford even that modest amount, let there be charities founded by people for whom this right is so sacred they’re willing to shell out for the suicidal poor. (Mind you, I get the impression that the “right” to state-supplied suicide is more of a white, chattering-class obsession than a general preoccupation.)

I hope my final phase of life will be tolerable, so I won’t even be tempted by the thought of suicide. But if I am tempted, I don’t want the doctors caring for me to be wearing two hats. I want my doctors focused on healing or making me comfortable. I don’t want them taking my children out in the hall for a “chat” about “options.” If I am tempted, I want it to be a completely separate adventure, and a decision made entirely on my own or with loved ones, without encouragement from my doctors. Render unto Medicare what is life, render suicide unto somebody I don’t know from Adam.