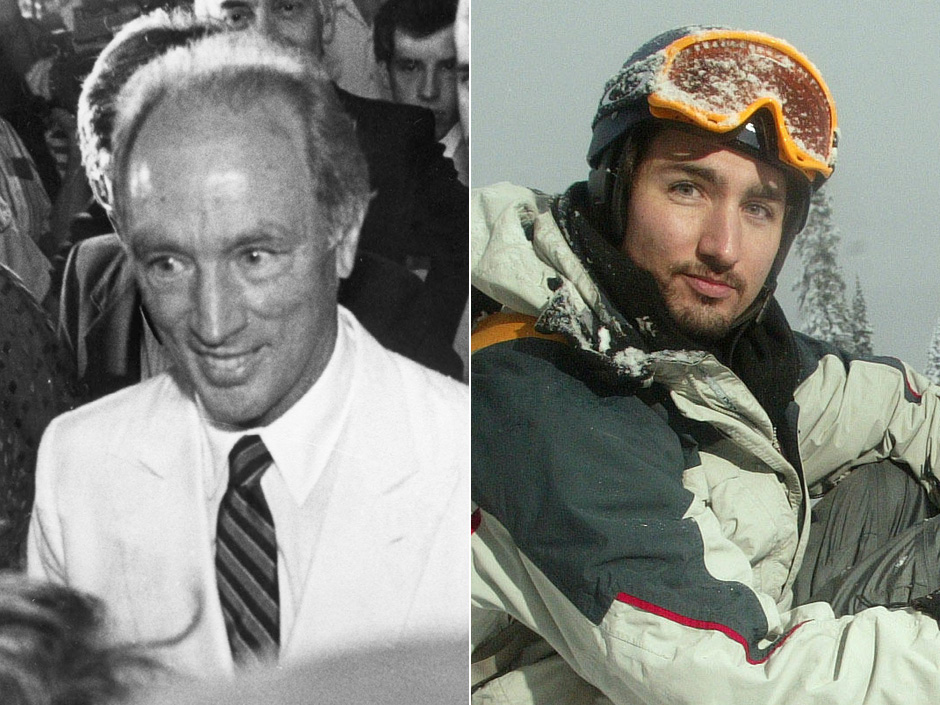 Swearing has changed a lot between Trudeaus.

When his father spontaneously uttered the f-word in the House of Commons many years ago, it was considered too shocking to be repeated in the media and was sanitized as “fuddle duddle.”

Modern communications no longer permit linguistic airbrushing. So at a recent charity boxing event, when Justin Trudeau used the word (“your name, your fortune, your intelligence, your beauty — none of that f–king matters”) — it went viral instantly. On the other hand, though the f-word may offend, it no longer shocks anyone who hasn’t been hermetically sealed in a room without TV or Wi-Fi for the last 20 years.

I lean toward the latter interpretation. Except that unlike in my generation, where the social elites rarely swore — even in private, beyond the odd “damn” or “hell” — today’s educated elites are quite besotted with transgressive language. Obscenities of the kind one expects to hear in the street — among young people “f–cking” seems the preferred variant of “very” — are also considered cool among the intelligentsia, particularly those of the “progressive” camp.

Incivility in our era is, according to cultural historian Charles Murray, a “surrender to a sense of promiscuity.” Vulgarized language, manners and art first declare themselves in the bottom tiers of society, then “spread … to the ranks of the dominant minority, which … succumbs to the sickness of ‘proletarianization.’ ”

In the old social paradigm, the lower or aspirational classes modelled their manners on the social elites (the most valuable Downton Abbey servants are stuffier and more obsessed with decency and decorum than their aristocratic masters). Today’s coarsening of proper discourse reflects “a collapse in the codes of the elites,” Mr. Murray says, that in turn creates a vacuum into which “thug codes” can enter.

Since for obvious reasons one is not allowed to judge — or “diss” — the lifestyle of the underclasses from which thug code arises, elites direct their animosity toward those we can diss with impunity — people of privilege like ourselves — and spend our energy in condemning the new obscenities: words and tropes that offend minorities.

Our elites are, ironically, far more self-censorious about “correct” language than my generation ever was about naughty language. Mr. Trudeau shrugs off his use of the f-word, but tied himself up in anguished knots over the word “barbaric” in the new guide Jason Kenney, the immigration and multiculturalism minister, devised a few years ago, which referred to practices such as female genital mutilation. The practice is indeed barbaric, Mr. Trudeau conceded, but to utter it “publicly”? Puritanism in its modern guise.

Unlike some other obscenities, the f-word seems to have definitively migrated from forbidden into familiar territory. Still, in a vestigial bow to community standards, which always lag behind those of the bien pensants, this newspaper, whose writers doubtless use the f-word with abandon among themselves, prudently chooses to adumbrate swear words like “f–k” and “sh–t.” The McGill Daily, on the other hand, can’t seem to get enough of the f-word in all its naked squalor. Arrested development.

One of my pet peeves regarding swear words is the appropriation of obscenities by interest groups for their particular use and nobody else’s. Feminists say they are “reclaiming” the “c-word,” turning it from a pejorative into an honorific, just as blacks reclaimed the “n-word.”

So in this clever, unnatural scheme, blacks may call each other the n-word and women may call themselves the c-word, but anyone else who uses them is a racist or a sexist. That’s linguistic segregation and we shouldn’t stand for that. Language belongs to everyone.

Language evolves, but some things don’t change. We want our children to be lovable. That is why we work so strenuously to inculcate good manners in them — at least those of us in the know, who understand that instinctive, well-internalized civility is as much a key to success in life as good marks and a knack with computers.

We would no more indulge our children’s imitation of thug language than we would indulge their instinct to seize a fistful of mashed potatoes rather than use a fork, or snatch a gift without a thank you, or spit at a sibling in anger.

I’m not against swearing altogether. Swearing in private can be pleasurably therapeutic in taming life’s minor irritations. But Mr. Trudeau is a public figure. Young people are attentive.