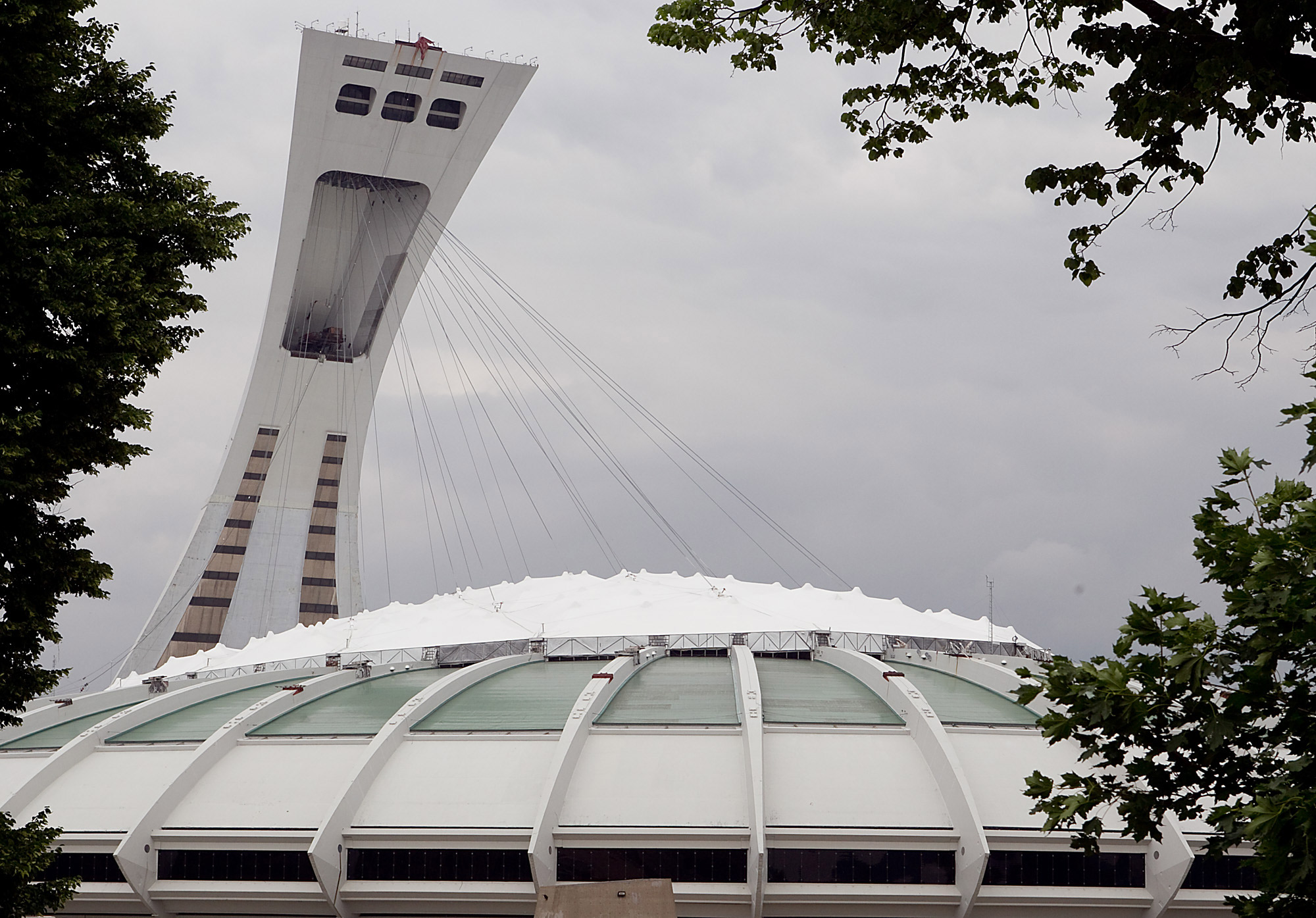 Barbara Kay: The Olympic stadium is a disaster, not ‘Quebec culture’

For the past year, a committee has been considering the future of the ill-starred Montreal Olympic Stadium, which was built for the Olympic games Montreal hosted in 1976.

You know the building I mean – if that huge, round,  pale, sterile, soulless architectural excrescence can be dignified by the word “building” – the one that looks like a gigantic spaceship that meant to land with a flourish in downtown Montreal suddenly ran out of gas and plopped itself down in Montreal’s east-end  nowheresville (at least nowhere in the sense of where it would be if people’s convenience in getting there had been taken into account.

The committee opened the discussion to ordinary people and got an “earful,” most of which focused on the first retractable and then fixed roof, neither of which served its purpose, what with the first one tending to tear in high winds and the second one to split open under the weight of the snow.

I haven’t been inside the stadium in years, ever since an architect friend told me the design was completely nuts and there would be pieces of concrete falling down on people, and he would never permit any member of his family to attend any functions there. That was before big chunks of concrete started falling down exactly as he predicted, thankfully not on people, so I was glad I listened.

The committee’s report was published Thursday, recommending a return to the retractable roof of the original design. They say that technological advances in the last 20 years will now make it work better. The committee also wants to expand its purpose, becoming a “true park,” because the “magnificent work” of architect Roger Taillebert fits the definition of “a cultural heritage landscape,” worthy of protection under Quebec law.

“Magnificent work”? “Cultural heritage”? Excuse me? In what sense does this monstrosity have anything to do with Quebec culture? Nothing, and let me count the ways.

First, it is not even 40 years old. You don’t get to be a “heritage” landmark in that time. There is nothing cultural about a one-off Olympics in your home town. It’s part of your history, but that doesn’t make it part of your culture.

Second, culture is something that grows organically, and springs up from the lives of real people. The cross on Mount Royal is part of Montreal’s cultural heritage. The Olympic stadium is not. This ugly monument to the “visionary” mayor of the time, Jean Drapeau’s megalomania was imposed on Montreal by fiat. Ordinary Quebecers had no say in the design, where it was to be situated or how much it would cost. Drapeau said a man would have a baby before there would be cost overruns. Well, “Daddy,” call your office, because the cost overruns came close to a billion dollars, if memory serves.

Third, the architect who designed it, Roger Taillebert, was not even a Quebecer and knew nothing whatsoever about our culture or even our climate. He had built precisely one other building in his life using what was the stadium’s new and controversial design paradigm. That building, located in France, was much smaller and not subjected to the stresses of Montreal’s extreme cold and snow. “Magnificent work”? Bah, humbug!

Did Quebec have no architects capable of producing a beautiful stadium? Of course we did. But Drapeau was fixated on the panache and prestige he felt would be conferred by – please genuflect slightly here, folks – a French architect, from France where zere ees so much of zee beauté zat we – how you say – cols-rouges (rednecks) know nussing about, n’est-ce pas? Taillebert was paid such an obscene amount of money it made people weep to think of it. He only came over to see the site once or twice; it was all done by remote control.

And we are supposed to consider this part of our “cultural heritage”? Well gee, then I guess Mirabel Airport was also part of Quebec’s cultural heritage too, since most of the same conditions – especially pigheaded delusions of grandeur at the top of the political food chain and indifference to public costs or difficulties in access – apply to its construction .

There’s only one good reason to go to the Olympic stadium. It’s the only place in town you can’t see it from. The only new money that should be spent on it is whatever it costs to tear it down.