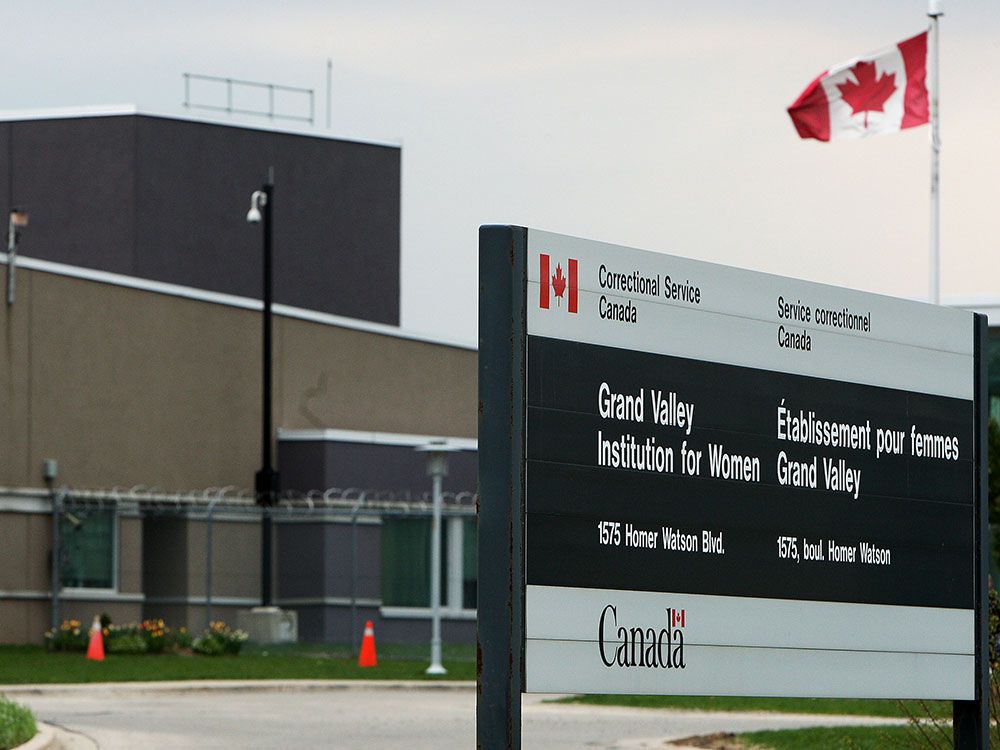 The Grand Valley Institution for Women in Kitchener, Ont., is seen in a file photo from 2008. Photo by Nathan Denette/National Post

Barbara Kay: The complicated truth about transwomen in women’s prisons

For five decades, thanks to feminism and The Pill, women’s cultural standing and fortunes advanced steadily. At long last respect! Then, gender ideologues decreed that men who identify as women “are” women, with all the attendant rights due to them such an affirmation implies.

Astonishingly, without demur, in the name of “inclusion,” our cultural and political elites fell in with this self-evident untruth. And so, in the past decade, respect for women has receded, as fairness and safety in protected single-sex spaces like sport, abuse shelters and prisons have been compromised. That this double-cross of women is happening with the full-throated complicity of policy-makers who call themselves feminists is especially confounding.

Barbara Kay: The complicated truth about transwomen in women’s prisons Back to video Case in point: The Canadian Association of Elizabeth Fry Societies (CAEFS). Providing front-line legal and social-support services across Canada through a network of regional offices, CAEFS takes its name from the eponymous 19th-century English prison reformer whose special focus was improving conditions for imprisoned women with children. CAEFS receives funding from Public Safety and Emergency Preparedness, Bill Blair’s ministry. (Blair’s office did not respond to my media query for this column.)

In the past decade, respect for women has receded

From 1992 until 2016, when she was appointed a senator, CAEFS’ director was Kim Pate, a human rights lawyer and educator specializing in prison law. Pate was admired and beloved by her constituency. One CAEFS beneficiary in the Pate era, Alia Pierini of Prince George, B.C., had served several years of imprisonment for drug-dealing. In reclaiming her dignity and self-respect upon release, Alia told me in an interview, the Elizabeth Fry Society played a significant role, not only at a hallway house run it runs, but for the “awesome” support it gave her in general. Alia got involved as a regional volunteer and emerged as a compelling speaker on CAEFS’ behalf. But, she said, the focus in head office changed abruptly after Pate’s departure.

It is now government policy that men who identify as women — or say they do — are permitted to request transfer to women’s prison, where conditions are more pleasant, since violence there is not the issue it is in men’s prisons. These natal males are not required to undergo sex reassignment surgery, as used to be the case, which set a numerically low limit to those qualifying, or even required to embark on a hormone program. Amongst those natal males who have been permitted to transfer to Canadian women’s prisons have been a serial pedophile, a serial sex offender, a contract killer, a child killer and a murderer.

At CAEFS’ 2019 annual meeting, supported by members of the “Lived Experience” committee, on which Pierini served, a former prisoner, “Kathy,” recounted her traumas and sexual harassment in prison at the hands of a male-bodied pedophile with a history of hundreds of girl victims. Like an estimated 80 per cent of female prisoners, Kathy suffered sexual abuse in her formative years, which she had no opportunity to address in prison. She noted that Correctional Services of Canada had dismissed her complaints, threatening to isolate her and labelling her requests for help as bigotry.

More On This Topic Barbara Kay: Without exemptions to protect women in prison, gender identity laws are unconstitutional Barbara Kay: Transgender weightlifter may expose the unfairness of trans athletes in Tokyo According to Pierini, and not disputed by CAEFS, in a room of more than 60 women — mostly CAEFS directors, staffers and regional volunteers — Kathy’s story was met with stony silence. She was ushered from the room in tears. After she left, comments began to buzz, such as: “I’m sorry for what happened to her, but you don’t need a vagina to be a woman”; and “I am concerned about the transphobia in this room.”

The discussion reverted to the need for full support of transwomen from CAEFS, as though Kathy had not spoken at all. The meeting ended with CAEFS adopting a blanket resolution of trans inclusion that, among other things, would come to mean supporting the transfer of any trans-identifying males from men’s prisons to women’s prisons. Before it was passed, a number of staffers and volunteers attempted to insert an amendment that would exclude prisoners with a history of sexual assault, and that would maintain female-only spaces. But they failed, and the resolution passed with a solid majority. Afterward, Pierini told me, regional advocates with whom she had up to then enjoyed warm relations, snubbed her as they left the room.

It was a pivotal moment of disillusionment for Pierini and a cadre of other CAEFS staff and volunteers, who stepped down from CAEFS involvement. A resistance movement coalesced and, under the leadership of Heather Mason, an outspoken former prisoner/activist (who brought me this story), materialized in a June 2 open letter to the CAEFS executive director and board members, signed by 22 CAEFS dissidents with prison experience, in which Kathy’s humiliating experience was described as a tipping point in their dissatisfaction.

The letter’s most powerful lines are these: “We think back to the situation for women in the 1930s when a tunnel was built between P4W (Prison for Women) and Kingston Penitentiary so that women could be carried underground, to be sexually abused by male prisoners. What has changed? The tunnel is now ideological, and all it takes is a transfer.”

It was a pivotal moment of disillusionment

CAEFS responded to the letter with, first, a letter to the dissidents, inviting them to email or telephone if they wished further dialogue, but with no hint that it would have any effect on policy, and then with an unsigned public statement on June 4. In it, it reaffirmed its commitment to trans inclusion. It also denied that CAEFS had access to reports or knowledge of any incidents of “harassment and violence” against women in prison from male-bodied transferred prisoners (an assertion emphatically contradicted by my sources).

In an article published in womenarehuman.com, Mason cites a May 2019 meeting between stakeholders in the male-transfer issue with former Deputy Commissioner for Women, Kelly Blanchette, who “reported that of all transfer requests from men’s prisons, 50 per cent came from sex offenders who offended as men (accounting) for 20 per cent of the male prison population overall.” (Sexual crimes are attached to about two per cent of women prisoners.)

Women’s sex-based rights to dignity and security are protected in the Charter of Rights and Freedom. And now gender expression rights are protected by the Canadian Human Rights Act. Anyone with common sense about inherent differences between males and females should have immediately visualized the various crossroads at which gender expression and sex-based rights would collide, and require exemptions. Prison is one of them. Elizabeth Fry would have known that limits to “inclusion” for natal males must be set at the point where women start paying for trans inclusion in fear, heightened risk and abuse. And so should any organization that bears her name.