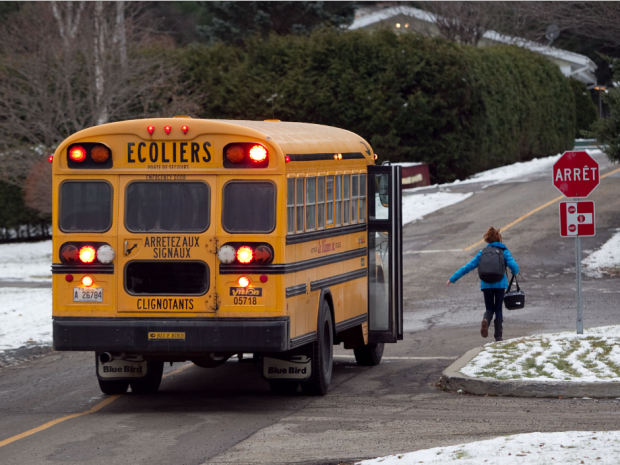 History books teach young Quebecers that they are a conquered people, struggling to survive in a hostile Canada.

The issues that preoccupy the politically engaged in other provinces — the economy, infrastructure, public services — are incidental beside the only question that seems to matter to Quebec’s political elites, namely: “Do you identify as a Quebecer or a Canadian?”

It’s a ridiculous question, like “Do you identify as a man or as a husband?” Why can’t one be both, as in the rest of Canada? Because those who answer “as a Quebecer” are those most likely to vote Yes in a last-gasp referendum on sovereignty, ever more yearned-for by utopian separatists still dreaming their ethnically pure dreams.

To that end Pauline Marois’ minority government has adopted the time-proven nationalist strategy of civicly marginalizing those most likely to give the “wrong” answer.

Last year’s Bill 14, which failed, would have further stifled the already-draconian Bill 101’s use and appearance of English; Bill 60, the hotly-debated Charter of Values banning religious accessories in state employment and services, which will pass if the PQ wins a majority in the coming election, targets Canada-identifying cultural groups; and the PQ’s plan to improve the teaching of “national history” K-12 and making it obligatory in CEGEPs by September, 2014, will ensure that all young people in Quebec are so immersed in the “national question” that they will emerge as first-time voters barely aware of the fact that they are citizens of a country called Canada.

Of course it’s not as though up to now the teaching of history in Quebec has been objective or equivocal regarding Quebec’s place in Canada. History books already teach young Quebecers that they are a perennially conquered people, struggling to stay linguistically and culturally afloat in a hostile Canadian sea.

That’s when they mention Canada at all. In 1994 then-linguistics professor Monique Nemni micro-analyzed the text for the high school course, “History of Quebec and Canada,” in which Quebec history is completely bowdlerized to maintain the fiction of a downtrodden colony fighting for its rights against a cold, imperial federal government, and in which Canada’s history is virtually absent. The geography course treated Quebec as though it were already a quasi-independent entity whose ties to the rest of Canada were no different in quality than its ties to the U.S.

The history course was refreshed in 2008 after a 2007 curriculum reform was launched to provide a more “balanced” teaching of Quebec history. There is additional content, but the thrust is the same. Canada is simply not present in any substantive way. The chapters only deal with Quebec’s economy and development, Quebec’s powers and culture. Canada is only mentioned when it is noted that Quebec is a pillar of its economy. The idea of Quebec independence, beefed up and warmly lingered over, is linked to “ideals of social justice,” as if social justice were something only Quebecers understood or sought to achieve.

The old text did not mention the massive exodus between 1976 and 1980, directly linked to the toxic effects of ethnic nationalism. The new text does at least mention that the rise of Quebec nationalism “cause[d] important tensions between the anglophone and francophone communities.”

However, that reality is countered by the text’s allusion to the rise of English nationalism in Quebec, mainly Montreal, which, it says, leaves francophones “sometimes feeling excluded,” which in turn makes it necessary for francophones to “define their own identity within the Quebec context.” Francophones are in this telling still the victims. No mention of the extraordinary contribution anglophones (and more recently allophones) have made to Quebec’s economy and civic culture.

Létourneau likened Quebec history to a religion, with the various defeats like beads on a collective rosary

The takeaway for students is that Quebec continues to be, in the words of poet Gaston Miron, a country that “is forever not being born.”

The indoctrination is working well. A newly-published book by Laval University history professor Jocelyn Létourneau, Je me souviens? found, in a 10-year survey of high school students, that the nationalist vision of Quebec history as a series of defeats begins early and deepens over time. “A large proportion of young Québécois [around 40% of the collected responses] hold to a melancholic or sad vision of Quebec history.”

In an interview, Létourneau likened Quebec history to a religion, with the various defeats — the 1759 Plains of Abraham, the 1837-8 Rebellions and the failed sovereignty referendums — like beads on a collective rosary. “We’re not in a totalitarian society,” he added. Seeming to imply…”yet.”

“Nationalism ruins everything,” Pierre Elliott Trudeau once said, which may not be a universal truth, but is certainly true in the case that inspired the comment: Quebec.