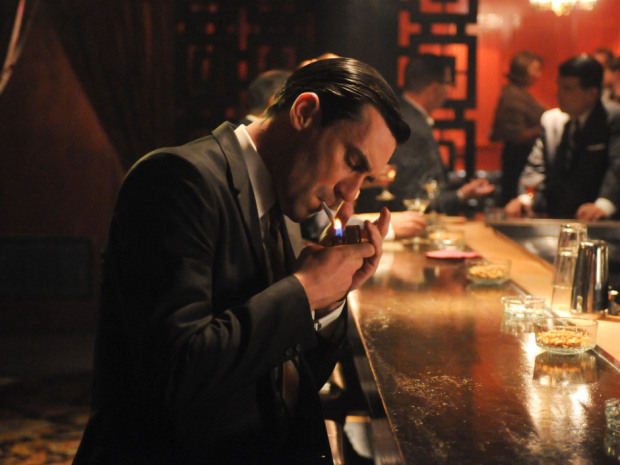 Barbara Kay: The enduring lessons of Mad Men survive beyond its denouement

Mad Men was my formative era. The show brought so much back for me: everyone smoking like chimneys; the physically uncomfortable bullet bras, girdles, hoop skirts and hair rollers; the rigid social rules that made any fate for women other than married with children suspicious and pitiable — all true for all white women.

Other stuff not quite so widespread. The compulsive drinking that had the mad men pickled day and night may reflect the habits of Cheever-style WASPs, but the adults I knew drank only at parties, and rarely to excess.

My mother and her friends did resemble Betty Draper in most respects, though we didn’t live in the suburbs. Like Betty, their lives were entirely domestic, revolving around their children, shopping, orderly home management, personal grooming, cards and/or book clubs. Unlike Betty, most of the women I knew engaged at some level in meaningful community volunteer service.

For all their freedoms and the superficial glamour of their lives, the men of the series are all unhappy in their various ways.

My mother seemed perfectly happy with her lot, but I can see why many of her bored peers, denied individual routes to satisfaction, welcomed Betty Friedan’s 1963 The Feminine Mystique as the “Aha!” moment of their lives. I said as much in an email exchange about Mad Men with my friend Paul Nathanson, a cultural historian and co-author (with Katherine Young) of a prodigiously researched series of books on misandry.

Paul provided me with a useful reality check. Mad men, he reminded me, were a very narrow, elite slice of the male population. Most men of the era didn’t wear well-cut suits to work, but uniforms for their jobs in factories or mines “and considered themselves lucky if they could support themselves and their families as they were expected to do” (families being bigger then as well as dependent on a single salary), with failure to do so costing them extreme stress and humiliation.

Both men and women of that era had no entitlement to the luxury of higher education. And for all their freedoms and the superficial glamour of their lives, the men of the series are all unhappy in their various ways. Their jobs are insecure, and only the fittest (i.e. the most canny and ruthless) survive. Real male friendship is impossible. Power fuels their sexual lust, but curdles their ability to love. For all the men’s “privilege” over Betty and Joan, Betty and Joan, deploying their own strategic wiles — in Joan’s case deeply feminine wiles — do survive and triumph, do retain their ability to love.

Moreover, as Paul reminded me, the mad men grew up in the Depression, had fathers who fought in the Second World War — some returning, some not — and themselves fought in the Korean War. As the series ends, young men are shipping out to Vietnam in droves. Perhaps men like Don Draper (for whose PTSD there was no understanding or support) felt, and perhaps understandably felt, they had earned some rewards for their wartime service to America’s women and children.

Likewise, many women in their “comfortable concentration camps,” as Betty Friedan shamefully labelled the suburbs, were pleased as punch to be there. The well-documented phenomenon of post-war euphoria in the U.S. manifested itself in both men and women as a hunger for “white picket fence” cocooning (though the word itself had not yet been coined).

If there was a “problem that has no name” amongst America women, it was a problem afflicting a small, white, well-off, educated heterosexual collective. Betty’s stable 1960 world would doubtless look like Nirvana to inner-city women today. And though Peggy and Joan struggled to break through the glass ceiling, there were other women, in other fields, like Rachel Menken, the confident department store heiress deferred to by every man at Sterling Cooper, who handled inherited power with competence and aplomb.

On the other hand, the problems affecting gays (poor Sal!) and black Americans in that era definitely had names: homophobia and racism. Homosexuals could at least dissemble, but there was no ceiling to break through for Negroes on Madison Avenue, no power to inherit.

Which made Peggy’s declaration to potential boyfriend Abe Drexler that her lot as a woman — unable to join the tennis and golf clubs where men advanced their careers — was similar to the lot of Negroes, jolting, revisionist and seemingly out of character. Surely a real-time Peggy would have been too smart not to see that being patronized on Madison Ave was nothing to being shot for trying to vote. Drexler’s amazement at her lack of perspective mirrored my own.

But that’s a small quibble. Mad Men was the most brilliantly conceived and produced soap opera in the history of American television. It will be missed.