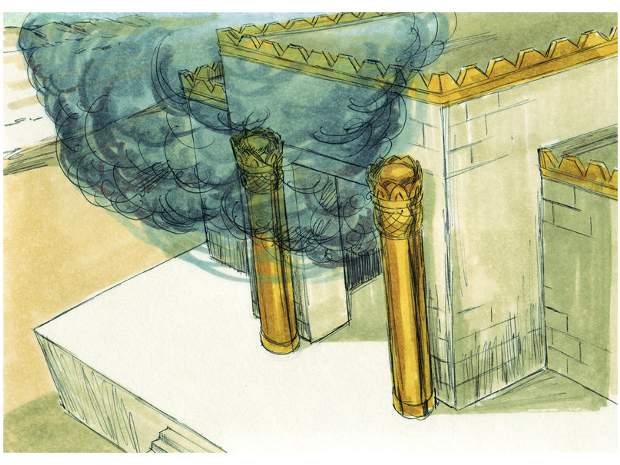 Two stories this week turn on a misunderstanding of the word “indigenous.”

On June 21, Conservative MP Jason Kenney tweeted: “On Aboriginal Day we honour those who first settled in Canada, and their generations of descendants.”

Bewildered, Kenney replied: “I don’t follow. The ancestors of our aboriginal people were the first to come to North America. Not really a point of contention.”

Well, not a point of contention if actual history is your thing, but certainly contentious if non-factual identity “narrative” is.

Indigenous rights is a hot international theme. But many people are unclear on the concept, assuming, for example, that the word applies only to the first people ever to inhabit what comes to be sacred space, or that only non-whites can be indigenous peoples.

Which brings us to the second story: a Green party faction lobbying to support the boycott, divestment and  sanctions (BDS) campaign against Israel, calling, shamefully, for withdrawal of charity status from the Jewish National Fund. (Shamefully, for the JNF is one of the “greenest” organizations on the planet, and its land not only legally acquired, but usually at hugely inflated cost.)

The anti-Kenney tweeters’ moral panic over “settlers” is absurd. Indigenous peoples aren’t so called because they have a protozoic relationship to hallowed ground. Whether or not aboriginals’ ancestors were here for 100,000 years or 10,000 or 1,000 is not the basis for indigenous status.

The working definition of “indigenous people” was developed by anthropologist José R. Martinez-Cobo, former special rapporteur of the Sub-commission on Prevention of Discrimination and Protection of Minorities for the United Nations (thanks to researcher Ryan Bellerose for bringing him to my attention).

According to Martinez-Cobo, indigenous communities, peoples and nations demonstrate a historical continuity with pre-invasion and pre-colonial societies that evolved on their territories. Though non-dominant and a numeric minority, they consider themselves distinct from the societies that now prevail on their lands. They are determined to inhabit and transmit their territories to future generations, while maintaining their ethnic identity, cultural patterns, social institutions and sometimes even legal systems.

So BDS supporters, who accept the premise that the Palestinians are indigenous and oppressed by white colonialists have it backward. It is the (non-white) Mizrachi Jews in continuous habitation in Israel from time immemorial who were oppressed under a series of imperial regimes, up to and including the British Mandate.

Thus it’s purest irony that Idle No More, comprising those who meet all UN-approved specifications for indigeneity themselves, have offered full-throated support to Palestinians, whom they perceive as brothers-in-arms against colonial oppressors. In fact, it is the Jews who meet internationally endorsed measures of authentic indigeneity, while the Palestinians (a people literally 60 years old) do not.

Palestinians are ethnically Arab and (mostly) Muslim by religion. Islam’s connection to Jerusalem is one of conquest, not Qur’anic ties; Arabic is indigenous to the Arabian Peninsula, not Israel; no specifically Palestinian culture existed before the 1960s; and it was the Arabs, following the Romans, who occupied land sacred to Jews, not the other way around. Most significantly, the great majority of the Arab population inhabiting what became the state of Israel in 1948 were comparative newcomers to the area.

This latter fact and the historical case for Jewish indigeneity were settled in Joan Peters’ magisterial 1984 tome, From Time Immemorial: The Origins of the Arab-Jewish Conflict Over Palestine. A liberal, Peters began her research as an investigation into the plight of Arab refugees, but the “whole fabric of historical presuppositions unraveled upon close inspection.”

In her exhaustively thorough research, Idle No More and the Green Party would find evidence that the Middle Eastern peoples most analogous in terms of indigeneity to First Nations are Assyrians, Yazidis, Kurds and Jews.

From Time Immemorial is long and dense, but will amply reward anyone truly desirous of understanding the Israel-Palestinian conflict. Next best or in addition, I recommend an illuminating essay by Allen Z. Hertz, a former professor of history and law, and former senior adviser in the Privy Council Office on aboriginal issues, “Aboriginal Rights of the Jewish People.”

Idle No More, tweeting progressives and political activists who mistake heat for light on the indigeneity file should chill out and educate themselves before blowing their raucous horns against honourable politicians or Israel. They are historically ignorant, and as a result polemically incoherent.