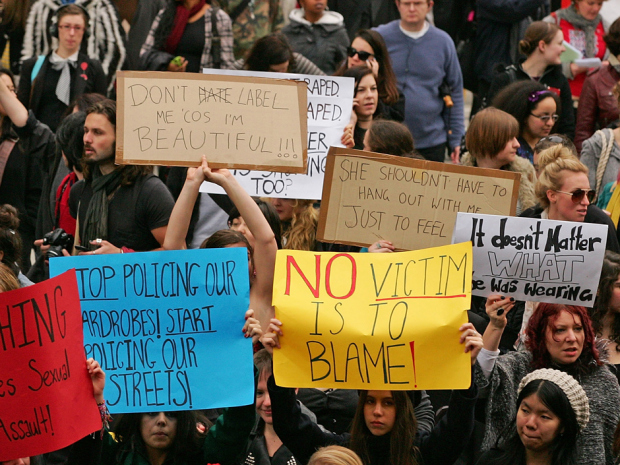 In the summer of 2014, CBC News contacted 87 Canadian post-secondary institutions to ascertain the incidence of reported sexual assaults on students between 2009-13. The survey included reports to the university and/or to the police, whether or not they resulted in disciplinary action or criminal prosecution.

Notably, “[the CBC survey] did not include reports that did not fit the Criminal Code definition of sexual assault.” And lo! Of the 77 colleges and universities from which complete numbers were available, the total number of reports was 700, or an average of 1.85 per 10,000 students, a figure that corresponds to sexual assault rates in the general population. In 16 schools — seven in Quebec, and nine in Western Canada — there hasn’t been a single sexual-assault report in the last six years.

These recently-released findings do not sit well with those who insist our campuses are awash in “rape culture.” A feminist academic at the University of Ottawa responded that the survey didn’t count “what is the true experience of students, because there is no campus in which this doesn’t exist.”

But what exactly is “this”? There’s the rub. Ideologues set the bar for defining sexual assault so much lower than the Criminal Code that it makes no sense to apply the same words to both phenomena. Political feminists have long insisted that one in four campus women will suffer a sexual assault during her student tenure. But such an astronomical figure — consistent with rape statistics in war-torn realms like Congo — can only be arrived at by a ridiculous dumbing down of survey questions, an equally ridiculous jacking up of consent standards and a willed indifference to what women themselves actually tell pollsters.

In early 2015, the Association of American Universities (AAU) conducted a sexual-assault survey at Harvard and 26 other colleges. Sixteen per cent of female seniors at Harvard checked the box for “nonconsensual sexual penetration,” but of that group, 65 per cent did not report the incident to any campus authority or law enforcement, on or off campus, because they did not think the incident was serious enough to report. Commenting in a recent Weekly Standard article, “An Assault on Common Sense: the phony rape crisis,” Manhattan Institute fellow Heather MacDonald says that it is “inconceivable in the case of real rape” that a full two-thirds of victims would fail to report. This is not 1950, after all. Women today are not ashamed to admit they are having sex and they are well trained in what is and isn’t “consent.” So when women choose not to report such incidents, we should assume they know their own minds.

The disparity between what theorists insist is rape and what ordinary women actually believe harks back to a famous 1982 survey undertaken by Kent State psychology professor Mary Koss, which produced the one-in-four meme. Her typology has been widely criticized. For example, 73 per cent of those she characterized as rape victims said they had not been raped. And 43 per cent of the alleged victims said they had continued to date their alleged rapists. Such figures mock the life-altering experiences of women who have undergone real rape.

Koss’s was not a serious survey. And neither is the AAU’s, which, for example, asks if women have had difficulty with men “ignoring your cues to stop or to slow down.” “To stop”? Okay. But to slow down? Please. When pollsters are scraping that far down the barrel of normal sexual relations to get the percentages they want, they are working for activists, not truth-seekers.

MacDonald notes that all of the six rape allegations reported to Harvard’s campus police in 2014, presumably the strongest cases, were proven to be “unfounded.” Not one survived law enforcement investigation. So there is obviously tremendous confusion in the minds of young women as to what constitutes a sexual crime; and no wonder, when, as MacDonald observes, you have a government gender-equity representative telling an audience at Washington and Lee University that there is an emerging consensus that “regret equals rape.” This is a dangerous idea, implying that a woman’s retrospective feeling may criminalize what was consensual sex. Especially since in a gender-reversed case — a man who experiences post-coital regret — any suggestion of rape would be laughed out of court. Where is the “gender equity” in that “emerging consensus”?

When will the rape-culture charade end? It will end when the money stops flowing: to expensive rallies, conferences, tribunals and grants for academic research that together constitute the rape-crisis industry: that is to say, not any time soon. Because stakeholders in any industry will fight tooth and nail to preserve problems, real or constructed, for which their funded research or job provides the alleged solution. And the rape-crisis industry is a prime example of the syndrome.