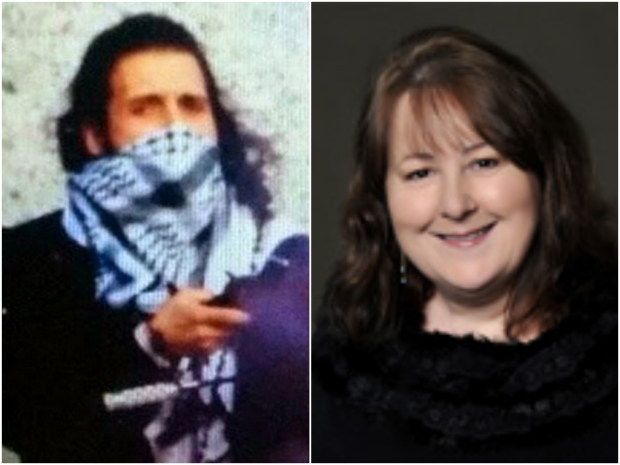 Twitter/Immigration and Refugee Board of Canada

Barbara Kay: The unique anguish of a terrorist’s mother

Two men died in Ottawa on Wednesday. One was evil and guilty. One was good and innocent. The hearts of all Canadians go out to the parents of the victim, reservist Nathan Cirillo. Including the heart of Susan Bibeau, mother of the alleged murderer, Michael Zehaf-Bibeau. Ms. Bibeau, who ironically enough works for the federal government from Montreal, has expressed her sympathy for the victim. “If I’m crying it’s for the people,” she said, struggling to hold back tears. “Not for my son.”

Michael Zehaf-Bibeau’s mother: I cry for the victims, not my son

The mother of the man accused of killing a soldier at the National War Memorial before opening fire in Parliament said she is crying for the victims of the shooting, not her son.

In a brief and tear-filled telephone call Thursday, Susan Bibeau told the Associated Press she did not know what to say to those hurt in the attack.

“Can you ever explain something like this?” she said. “We are sorry.”

Authorities have identified the shooter as Michael Zehaf Bibeau, who was known to police in Montreal and Vancouver.

But how many people will express their sympathy for her? The grief of a victim’s mother is qualitatively different from that of a murderer’s mother, whose pain is equally profound, but who is socially isolated by the incident.

Some murderers’ parents deserve our contempt — I am thinking of the perverted values governing entire Islamist-dominated regions — because they actually encourage and rejoice in their sons’ homicidal martyrdom. But Western terrorists have not been brought up to consider hatred-based violence anything less than criminal and immoral. The profound despair of local terrorists’ family members is thus heavily tinctured with excruciating shame.

On Monday, Quebec’s Martin Couture-Rouleau rammed his car into two soldiers, killing one of them, warrant officer Patrice Vincent, in Saint-Jean-sur-Richelieu, not far from Montreal. By all accounts, his life, up to 2013, when he converted to Islam and slipped down a path to radicalization, had been unexceptional. A former high-school classmate said of him, “He was super polite and nice. In high school, he was very normal, from a normal family.”

His family had not turned a blind eye to the disturbing changes. Indeed, to their immense credit, they consulted authorities (and imagine the anguish in making the decision to “betray” your own child to law enforcement, completely on spec that he might be a public risk. Wouldn’t most of us try to convince ourselves that it was just a phase, and he’d snap out of it, rather than crossing a line that would rebrand him forever?) They could not prevent what happened, but it must be a small comfort to them that they did take that step, and that if public blame is laid, it will be directed at CSIS, under whose supposed watch Rouleau made his fatal move.

Humans are wired to need and expect the supportive embrace of family and friends in the period after loss, and usually that is exactly what happens. After massacres, the families of victims feel the warmth of a national embrace. The families of murderers feel the sudden chill of social exclusion.

Before the Montreal massacre in 1989, I had never thought much about the afterlife of terrorists’ families. How, I wondered, did such parents cope as objects of intense public curiosity, but no public sympathy? How, for example, did Monique Lépine, mother of the Montreal Massacre killer, survive not only that tragedy, but the suicide of her only other child, a daughter, seven years later, which Monique ascribes to the inner loneliness she endured on that account.

Monique told interviewers she hadn’t had a clue as to her son’s state of mind, or that he was capable of such an act. Nor could anyone else: “Nobody could imagine that such a thing could happen. It didn’t show up!” Some people think the violence he suffered from his Algerian-born father shaped his end (Lépine’s real name was Gamil Gharbi; he changed it at 13 to spite his father). But many children are abused, and almost none ever seek to commit mass murder.

Shriver’s book brilliantly explores parents’ deepest fear: that no matter how conscientiously and lovingly they raise their children, their best efforts to prevent disaster may be in vain

At least these mothers never have to look their murderous sons in the face again. Nobody who has read it can ever forget Lionel Shriver’s 2003 novel We Need to Talk About Kevin, which chronicles the riveting story of a born psychopath – he eventually commits a Columbine-style school massacre and is imprisoned for life — and his ambiguous relationship with his mother who, immediately sensing his abnormality, had felt hostility to him from the hour of his birth.

Or was it her hostility that made him different? Shriver’s book brilliantly explores parents’ deepest fear: that no matter how conscientiously and lovingly they raise their children, their best efforts to prevent disaster may be in vain.

Is it all in the genes? Monique Lépine only read her son’s suicide note once, because the police took it, and she never saw it (or wanted to see it) again. But she remembers the first words: “Désolé, c’était inévitable.”

If it is inevitable, why feel guilty about these “bad seeds”? And yet, inevitably, parents do. Our sympathetic embrace for the real victims should therefore be wide enough to include their murderers’ collateral damage.