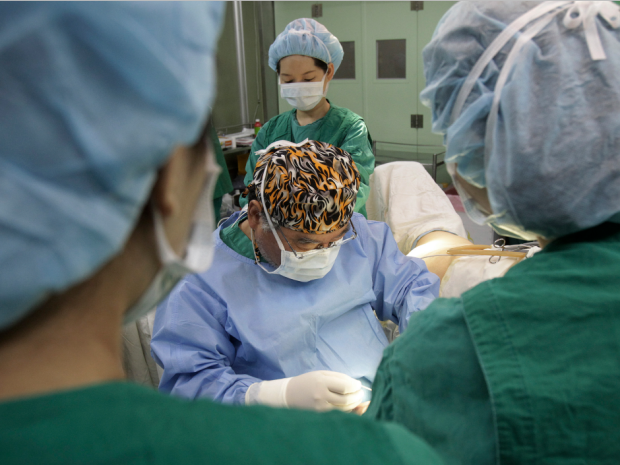 Of the 324 surgical patients studied, the suicide rate was 20 times the non-transgender population. The explanation may be the increasing sense of isolation felt by aging transgendered people.

In recent years, Archie’s writers have experimented with various alternative-reality premises — such as marrying Archie off to Betty or Veronica in different editions. In a recent issue, Archie dies, assassinated while coming to the aid of a (married) gay, war-hero friend, a senator elected on a platform of gun control! The plot seems like a send-up of liberal fixations. (The more with-it Marvel Comics has turned Thor, its Norse god of thunder since 1962, into a woman.)

There is also something retro about the gay theme: Politically, transgenderism is the new gay. Gays have made so much progress in terms of rights and social acceptance that a vacuum in sexuality activism needed filling. Transgenderism filled it. We’ve seen fringe stories for years — a Toronto couple raising a child whose sex they refuse to reveal, a Swedish school abolishing sex-denoting pronouns, bathroom wars on campus — but now, the issue is mainstream.

Time Magazine’s June 9 feature article, “The Transgender Tipping Point,” was subtitled, “America’s next civil rights frontier.” The assumption behind transgender advocacy is that, like homosexuality, transgenderism is an inherent trait, rather than a choice. And as with homosexuality (which was, until a few decades ago, labelled a psychological disorder), transgenderism is to be considered a normal trait that nobody should mess with morally or medically.

It is indeed true that some transgendered people plainly were born into the wrong bodies — and have a biologically rooted need to express themselves sexually and psychologically in transgendered form. For these people, the new climate of acceptance is a welcome change from the days when such people either spent their entire life in the trans closet, or were dismissed as deviants.

But the movement has swung too far. Some advocates now want social encouragement for anyone, even toddlers exhibiting transgender tendencies, to embrace what they believe is always an immutable trait. They feel hormonal treatment to delay puberty and later, sex-reassignment surgery, is a human right. Many universities now offer gender-reassignment surgery coverage. Several states — California, New Jersey and Massachusetts — have passed laws barring psychiatrists, even if parents request it, from attempting to re-orient children toward identification with their sex.

The transgender movement is supported by mainstream feminists. But some more radical feminists argue that transgenderism is not always immutable

Yet there are a number of skeptics who vigorously resist the assumptions that underlie such policies. And the most outspoken of them make strange bedfellows.

The transgender movement is supported by mainstream feminists. But some more radical feminists argue that transgenderism is not always immutable. And they are correct, as many apparently transgender children accept their biological identity at puberty, and many adults express regret over their surgeries.

They also argue that cross-sex surgery is a form of mutilation, and that males cannot lose their essential “male privilege” by assuming a female appearance. Their stance has fomented a painful schism in feminist ranks, a riveting account of which is chronicled in a recently published New Yorker article entitled “What is a Woman?”

For less politicized reasons, many psychiatrists disapprove of the alignment of transgenderism with homosexuality. Gays and lesbians do not deny their objective biological sex; they identify as either male or female. But the transgendered sense of identity is subjectively felt — even if such feelings sometimes are rooted in biology. In this sense, many transgendered people are akin to people suffering from body dysmorphia disorder, who are objectively thin, but believe they are fat.

Probably the most outspoken critic of transgenderism as an “equality” issue is Paul McHugh, former chief psychiatrist at John Hopkins Medical Center, the first American medical centre to perform sex-reassignment surgery. (It stopped performing these surgeries when internal studies concluded the surgeries often did not alleviate underlying psycho-social problems.)

Of the 324 surgical patients studied, the suicide rate was 20 times the non-transgender population

In a June 12 Wall Street Journal op-ed, “Transgender Surgery isn’t the Solution,” McHugh wrote that “when children who reported transgender feelings were tracked without medical or surgical treatment at both Vanderbilt University and London’s Portman Clinic, 70%-80% of them spontaneously lost those feelings. Some 25% did have persisting feelings; what differentiates those individuals remains to be discerned.”

According to a 30-year longitudinal study at Sweden’s Karolinska Institute, cited by McHugh, mental problems increasingly begin to emerge 10 years after sex-reassignment surgery. Of the 324 surgical patients studied, the suicide rate was 20 times the non-transgender population. McHugh hypothesizes the explanation may be the increasing sense of isolation felt by aging transgendered people.

McHugh worries that sex-ed courses contribute to the misleading notion that drastic physical change will bring happiness. He therefore comes down firmly against (potentially growth-stunting and sterilizing) hormones and firmly for family therapy. True sex change, he says, is simply not possible; you end up as a “feminized man” or a “masculinized woman.”

Which is exactly what the radical feminists believe.

I never thought I’d see the day I agreed with radical feminists on any issue. If you live long enough, though, you see everything.