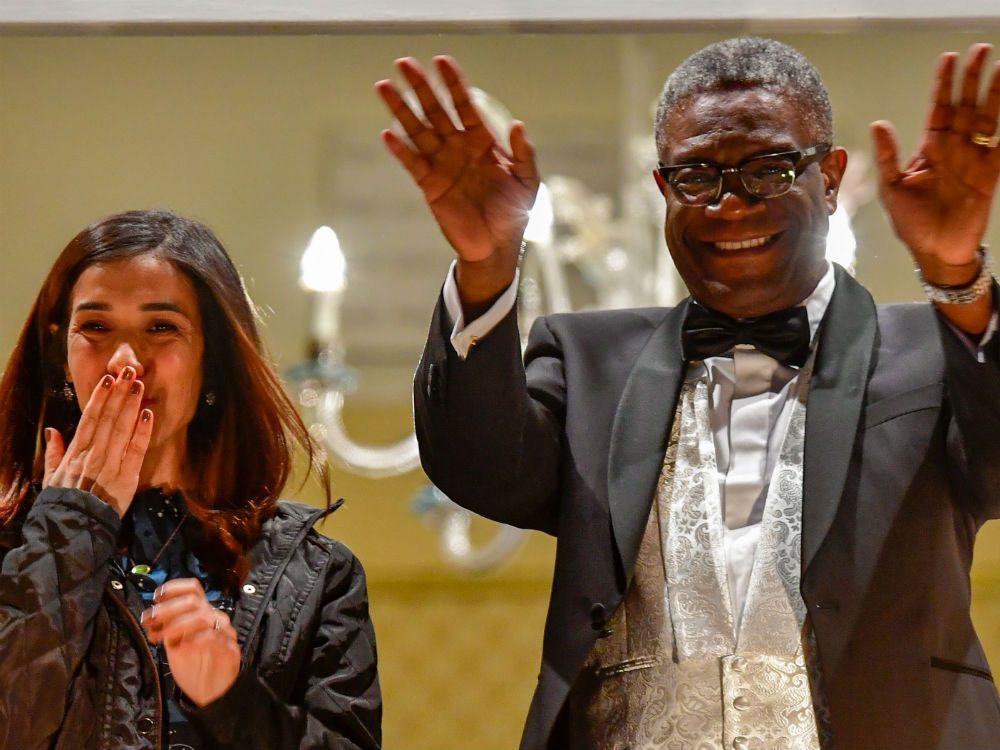 Oslo, Norway and Marrakech, Morocco were more than geographical miles apart on Dec 10.

In Oslo, Nadia Murad, a courageous Yazidi survivor of genocide, accepted her Nobel prize, alongside Congolese recipient Denis Mukwabe, for efforts to end the use of sexual violence as a weapon of war and armed conflict. Nobody has objected to the legitimacy of this award. In Marrakech, Prime Minister Trudeau was an eager signatory to the United Nations Global Compact for Safe, Orderly and Regular Migration. Millions of people object to the legitimacy of this pact.

Indeed, 16 countries, uncomfortable with some of the pact’s guiding principles, refused to sign, including the United States, Australia, Poland, Switzerland, Italy, Israel and Japan. They particularly object to the free-speech implications of Article 17, which seeks “to eliminate all forms of discrimination” in the host population, including those that call into question the political opinions of migrants. Many Canadians wish Trudeau shared their skepticism, but reasonably fear he agrees with that sentiment.

Conservative party immigration critic Michelle Rempel, Canada’s foremost champion of Yazidi genocide survivors and an expert on the Liberals’ muddled immigration record, doubtless finds the juxtaposition of these ceremonies deeply ironic. It is largely thanks to Rempel’s unrelenting efforts, after all, that the mass slaughter of Iraqi Yazidis by ISIL in 2014 was declared a genocide by the Canadian government, paving the way for some 1,200 Yazidi to resettle in Canada.

Rempel has put forward a motion calling on the government to study the Global Compact’s effect on Canadian sovereignty, immigration policy, freedom of the press, and the potential costs of adopting measures related to the pact. It’s good to see some push back from the Conservatives here. Article 17, closely parsed, really does taste like sour M-103 “Islamophobia” wine funneled into a new, UN-sanctioned bottle.

I had the honour recently of collaborating with the Montreal Institute for Genocide and Human Rights Studies in hosting an information evening on Yazidis, featuring Project Abraham, an initiative of the Mozuud Freedom Foundation. Project Abraham advocates for Yazidi family reunification and, with the help of 250 volunteers, assists Yazidis in their Canadian resettlement. Our featured speaker was Michelle Rempel, for whom the disastrous plight of the Yazidis, and their right to see justice done, has become a passionate “calling.”

Rempel told us of her first meeting with representatives from the Yazidi community in 2015, when she learned firsthand of the specific horrors unfolding in Iraq. The barbarism of ISIL génocidaires is limitless. Rempel was told, for example, of parents forced to eat their own babies, killed and boiled by jihadists. Everyone knew the genocide was happening. They could see it in real time on YouTube. Here was “never again” time staring everyone in the face.

Canada had to play a role, and Rempel expected it would. What Rempel saw instead was “inertia” and an inability to respond effectively. Trudeau’s government was not prepared to seek out genocide victims if they were not on UN lists (even though Canadian personnel capable of doing so were in the area); but Yazidis were not on UN lists because the UN was prioritizing Muslims over minorities.

The Yazidis have remained largely out of sight and out of official minds. Unlike Christians, Yazidis don’t have a worldwide network of co-religionists. Basically, in Canada, it is Michelle Rempel and a few dedicated groups like Project Abraham and CYCI (The Liberation of Christian and Yazidi Children of Iraq), the non-profit run by Sephardic Montreal businessman Steve Maman (who attended this event), who have kept the issue — and people — alive.

In Canada, a migrant arriving at an illegal point of entry gets full protection. The very next day, his relatives — not just wife or children or parents, but aunts and cousins; the definition is broad — can arrive for processing at a legal point of entry. Meanwhile, Yazidis in Canada, mostly women, because the men were almost all massacred, traumatized from prolonged sex slavery, can’t even bring over their sisters without a tortuous and defeating process (there are only two interpreters in Canada who speak their unique dialect). Yet their kinsmen are precisely what they need to heal.

Nadia Murad was sitting in the balcony of the House of Commons on the day the government unanimously declared the Yazidis victims of a genocide. That day should have been the beginning of a concerted plan of action to bring these fragile people rescue in significant numbers, justice and a generously funded panoply of resources necessary for restoration to their rightful human estate.

But the Yazidis are a very particular people with very particular needs, and so, alas, less interesting to our “post-nationalist” prime minister than the bedazzling utopian scenario of a we-are-the-world UN vision. Besides, exotic Marrakech happens to be where the brightest flashbulbs are this week.