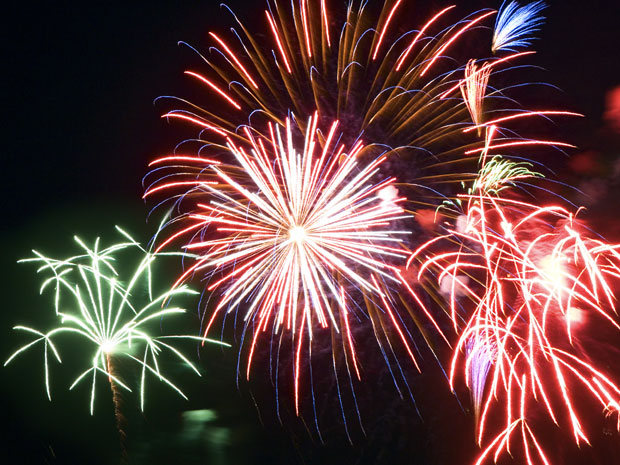 I’m the first one to mock our national obsession with child safety that so often leads to absurd extremes like banning snowball fights at recess, and removing jungle gyms from playgrounds. But there’s nothing ridiculous about regulating fireworks.

My son remembers playing with cap guns when he was young. You would put a roll of red paper with dots on it into the toy gun, and then every time you pulled the trigger, you’d hear a mighty bang and see and smell the residual smoke from it. Empowering! Especially when you exploded one behind some unsuspecting senior carrying bags of groceries and watched her scream, lose her balance and crash to the ground. (This, I hasten to add, was not something my son was wont to do.)

Cap guns are much harder to find now — a product of an era when even toy guns conjure up thoughts of mass shootings. Plastic guns are to children’s play what cigarettes are to adult life.

I can one-up my son in this department. When I was young (in the Pleistocene Age), I remember you could buy firecrackers at the corner store and you could set them off anywhere you liked. Every now and then you’d read about a kid who got a terrible burn on his face or almost lost an eye, and people would cluck about how they should be banned, and eventually they were regulated, so now you never see kids with firecrackers.

Not in Canada, at least. An American friend who lives in The Netherlands and owns several dogs recently wrote to me:

“We’ve come into the part of the year I hate the most here in the Netherlands: consumer fireworks time. Consumer fireworks legally go on sale three days before New Year’s Eve. As of yesterday, it sounds like a war zone here — everywhere little bombs going off, close and in the far distance. Occasionally you hear one of the huge ones that are smuggled in from Eastern Europe, as loud and as dangerous as hand grenades. Walking the dogs means keeping an eye out for gangs of kids (now on school holidays), so as not to pass close enough for them to throw a firecracker under any dog legs. Ditto walking or biking without dogs, since they also think it’s funny to throw firecrackers at humans.”

According to my friend, a poll taken by the Green Party in The Netherlands show that 60% of the population would like to see fireworks either banned outright or highly regulated and confined to organized events. But journalists who interviewed adolescents in the streets were told that a ban wouldn’t work, as they would make sure they found a way to get them anyway. (Gun control people: sound familiar?)

I’m the first one to mock our national obsession with child safety that so often leads to absurd extremes like banning snowball fights at recess, and removing jungle gyms from playgrounds. But there’s nothing ridiculous about regulating fireworks. For fireworks really can be dangerous, and in any case were never meant to be used as randomly-deployed playthings.

It seems to me the whole idea of fireworks is to create a visual spectacle to honour or commemorate an occasion that is collectively meaningful to the viewers. Fireworks have traditionally celebrated a specific occasion on a specific date as on July 4th or New Year’s Eve. Everyone gathers to watch; everyone oohs and ahs together; everyone agrees the spectacle has enhanced what is already considered a significant moment in the lives of the entire population. Fireworks are meant to serve as ritualistic props and to enhance an already existent cultural bond.

What is going on in The Netherlands — random and aggressive use of fireworks — is having the opposite effect. They are not only not being used to bond people, they are intentionally being used to make an anti-social statement. The youth setting them off are asserting their alienation from the general culture. In its own way, this “custom” of unregulated, unpredictable and fear-inciting use of fireworks is a celebration of lawlessness and narcissism.

My friend tells me there is a Dutch word for this behaviour: ‘Onzindelijk’ — literally meaning not toilet-trained. Culturally it speaks to a kind of infantilism, a refusal to take responsibility for one’s actions that she finds rather disturbing. What I find disturbing is the Dutch government is allowing a bunch of teenagers to own the streets of their cities and force other citizens into hiding for three days in the name of holiday festivity.