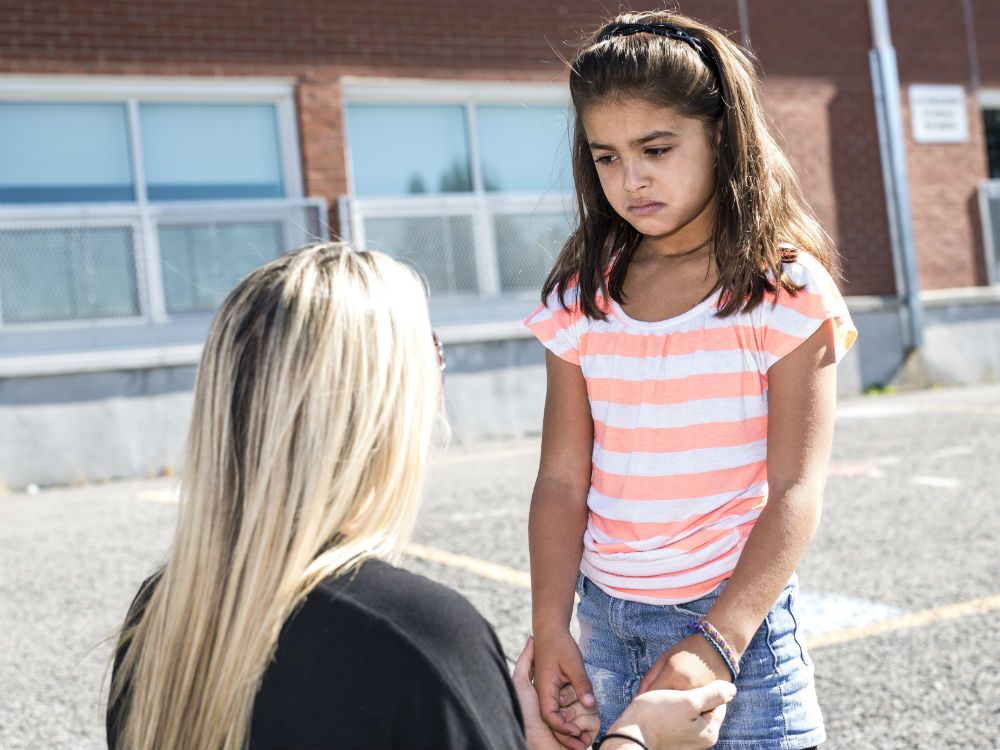 If the school board is successful in its bid for dismissal, it means that the words “gender identity” and “gender expression” do not apply to everyone. They apply only to those whose gender identity does not synchronize with their biology — the protection of a biologically female child to identify as a girl would not be protected.

In his recent commentary in these pages on the risks associated with the teaching of gender theories to elementary schoolchildren, Jordan Peterson referenced a column I wrote in another publication. The column concerned a human rights complaint, filed by Pamela and Jason Buffone on behalf of their daughter, “N,” against the Ottawa-Carleton District School Board for discrimination on the basis of gender and gender identity in contravention of the Human Rights Code.

Peterson faithfully summarized the story that led to the complaint, but readers may be interested in a few points about the complaint and the response from the school board’s lawyer that Peterson omitted as not directly salient to the thrust of his thesis.

To recap briefly: the Buffones’ daughter N, six years old, and by their account a happy girl (comfortable in her skin, adored school), was abruptly plunged into considerable distress when informed by her teacher (young, three years experience) during a session on gender identity that gender is fluid and untethered to biology, and that “girls are not real” and “boys are not real.”

The lessons continued and so did N’s distress, to the point of asking to see a doctor about her fears. The Buffones say in their claim that “they were concerned about the impact (on) N’s view of herself as a girl. Prior to (the teacher’s) discussions with the Grade One class, N had consistently identified as a girl and had not previously expressed uncertainty or discontent with her gender identity and biological sex.” The Buffones had asked the teacher to affirm N’s identity as a girl — that is, reassure her that her identity as female was “real” in order to relieve her anxiety. Nothing that the Buffones asserted was denied by the school or its officials, but their request was rebuffed out of hand, first by the teacher, who said her lessons reflected “a change within society,” then by the principal, and all the way up the ladder to the superintendent of the school board and the curriculum superintendent. They removed N to another school, where these gender theories are not taught, and where her mother told me she has recovered her wonted buoyancy.

In their Human Rights Tribunal of Ontario claim, the Buffones request as a remedy that the tribunal order the school board to ensure that classroom instruction does “not devalue, deny, or undermine in any way the female gender identity,” and that parents be informed “when lessons on gender identity will take place, including the teaching objectives and the materials that will be or have been used for such lessons.”

The response of the school board’s lawyers, who asked for dismissal of the complaint, state the claim has no reasonable basis for success. The lawyers note that teachers’ right to teach gender identity is endorsed by the minister of education, and that the “age-appropriateness of a classroom discussion does not engage a Code-protected prohibited ground.” That is to say, even if N was adversely affected by the teacher’s lessons — and they do not deny that this is the case — she has no grounds for redress according to the Human Rights Code.

If the school board is successful in its bid for dismissal, it means that the words “gender identity” and “gender expression” do not apply to everyone. They apply only to those whose gender identity does not synchronize with their biology — the protection of a biologically female child to identify as a girl would not be protected. Feelings of distress among the very small percentage of children whose gender identity differs from their biological sex must be alleviated at all cost. If that cost involves distress or confusion in the vast majority of other children like N, that is not “discrimination.”

The Buffones are not buying this (while acknowledging the human rights tribunal may well do so). The Ontario Human Rights Code takes a fairly broad view of discrimination. It states, for example, that a “poisoned environment” is a form of discrimination. The Buffones are “going to provide evidence that the manner in which (the teacher) was teaching the concept of gender identity resulted in a poisoned environment.”

It is clear that something is going terribly wrong with regard to gender teaching in Ontario classrooms.

I wish the Buffones well, and so do many other people. On social media many people applauded the Buffones’ courage in going public on behalf of other parents with similar stories who haven’t the confidence to take such a definitive step.

One respondent, who wishes anonymity, told me her son’s story, which bore similarities to N’s in that the child had never shown the slightest sign of gender confusion before lessons on gender theory began in school, with children being encouraged to identify along a spectrum rather than asserting they were either “girl” or “boy.” Out of the blue (I wish I had a dollar for every time I’ve heard this phrase used in this connection), he came home one day and announced he was “pansexual” and a “demi-girl.”

The parents took their son to see a psychologist. When she was told the name of the school and teacher, the therapist exclaimed, “You are the seventh set of parents from that class who have come to me with this problem!”

It is clear that something is going terribly wrong with regard to gender teaching in Ontario classrooms. Ontario must set up an investigative task force, composed of disinterested educators, disinterested gender researchers and parents, to objectively evaluate the teaching of gender identity in public schools.