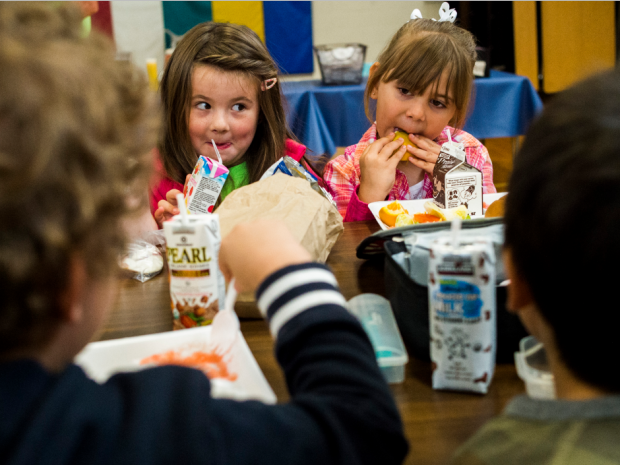 The Newfoundland and Labrador English School District have issued a directive to schools in the eastern region, reminding administrators that school with nut-free policies (surely all nowadays?) not permit peanut butter substitutes.

Institutions charged with the safety of the people to whom they provide services used to confine themselves to combatting known evils that had proven consequences. In the past decades, we’ve seen a lot of mission creep, especially in schools.

The Newfoundland and Labrador English School District have issued a directive to schools in the eastern region, reminding administrators that school with nut-free policies (surely all nowadays?) not permit peanut butter substitutes – Wowbutter, a soybean-based product, is the brand in question – in sandwiches brought to school.

The eastern region is not alone. The board is expected to implement a province-wide policy presently, which will affect 260 schools and 67,000 students. Other parts of the country already have such policies in place.

The policy is absurd because it has nothing to do with actual child safety. The rationale for the directive, according to Jeff Thompson, associate director of education for the Newfoundland and Labrador English School District, is “precautionary.” “When you put a product in a school that looks and tastes like a product that is highly allergic to some children…we inherently, intentionally or otherwise, inject a higher risk in our system.”

What risk? This explanation makes no sense whatsoever. Wowbutter does not contain allergens and no peanut-allergic child is in danger of going into anaphylactic shock from it, even if he did taste it it by accident. Which is hardly likely in any case, since all peanut-allergic children are drilled to the teeth with warnings, and because their usual reaction to seeing or smelling anything that remotely resembles peanut butter is to run for the hills.

My son, for example, was violently allergic to peanuts as a child (he is still allergic, but the reaction has become far less threatening, and his own prudence significantly enhanced, with age), and never got caught unless the peanut was concealed in a candy or home-made cookie. Peanut butter, and anything resembling it made him recoil, and the likelihood of him tasting another child’s sandwich made with it or even touching it was nil. On the other hand, one occasion he ate a cookie containing peanut butter at the home of a friend, whose mother knew he was allergic, but had simply forgotten to monitor the cookie jar while he was there that day. No precautionary principle can reliably account for human error without fail.

There are arguments that do make some sense based on the precautionary principle. I personally believe that E-cigarettes, for example, should be available to whoever wants to use them, and wherever, since they don’t emit noxious fumes or harmful toxins. But in their case the precautionary principle – that the use of what looks like cigarettes might lead to the use of actual cigarettes is not absurd.

But in the case of Wowbutter, it is absurd. All that banning Wowbutter will accomplish is to further constrain the healthy choices the majority of parents have in providing nutritious and entirely harmless school lunches to picky children.

If boards seriously believed that looking like something else and smelling like something else could entice allergic children into self-harm, they would ban all bread made with gluten, since children with Celiac disease and other enteric syndromes really do suffer when they eat gluten, and gluten-free bread is indistinguishable from regular bread.

And yet nobody has ever suggested gluten-tolerant children be prohibited from bringing sandwiches made with regular bread. School boards would have a parents’ insurrection on their hands if they did, and they know that. But peanuts already been established as a banned item for good reason – parents do understand the threat peanuts pose to allergic children – they assume they can widen the prohibition to include Wowbutter.

The fact that there is no good reason to implement such a ban, except that it feels good to authorities, is a perfect example of the nannyism, hyper-vigilance and mission creep around children’s safety that has become part of the cultural air we breathe.