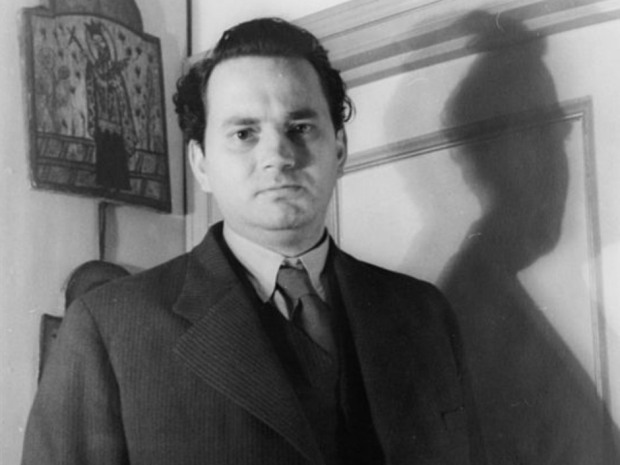 Thomas Wolfe, for example, would often scribble manically throughout the night, using the top of his refrigerator as a desk

Art and music are practiced by hobbyists or professionals, and are unnecessary skills for others. But we all need minimal writing skills in order to work and socialize. Consequently, the line between mere writing and (a hush falls) writing is often blurred.

For many people — bloggers, particularly, who have a point to make and nothing else — writing comes easy. But as for writing — well, Thomas Mann once described a writer as “someone for whom writing is more difficult than it is for other people.” This is true. Writing is read. writing is judged.

Writers understand that “inspiration” is easy — we’re all awash in that — with the difficulty lying in the mechanics of execution. Writers also live in terror that their mojo may suddenly disappear. Which often translates into procrastination around beginning, and malingering in ending.

Thus, rigid rituals are a writer’s friend. “Routine, in an intelligent man,” said poet W.H. Auden, “is a sign of ambition.” That too has the ring of truth for me.

Mind you, Auden also said that “only the ‘Hitlers of the world’ work at night; no honest artist does,” which is just plain silly. Many writers work only at night (though admittedly they tend to be the most tortured kind).

Thomas Wolfe, for example, would often scribble manically throughout the night, using the top of his refrigerator as a desk  (he was six foot six inches tall, and refrigerators were smaller in the 1920s), and fling the pages on the floor, there to be scooped up and sorted in the morning by a long-suffering typist (would it have killed him to number the pages?). Honoré de Balzac had dinner early, then went to bed, rose at one a.m. to write until 8 a.m., napped and wrote again from 9:30 a.m. until 4 p.m. He allegedly depended on 50 cups of coffee a day to see him through his self-imposed schedule. (Who emptied his chamber pot?)

Hobbes, Kafka, Darwin and David Foster Wallace, amongst many others, also included naps as part of their daily routine

Speaking of naps, I love ’em. The body refreshes while the brain keeps threshing wheat from chaff, an excellent division of labour. Hobbes, Kafka, Darwin and David Foster Wallace, amongst many others, also included naps as part of their daily routine.

I think most writers favour morning work (as I do), an intuition confirmed in a 2013 book, Daily Rituals: How artists work, by Mason Currey. Daily Rituals is a beguiling compilation of anecdotes about 161 writers, artists, musicians and scientists, living and dead, with an emphasis on rigidly-adhered to regimens that transmute inspiration into words, paintings, compositions and solutions.

I was naturally most interested in the writers’ routines. There is no rule of thumb here, apart from the common fidelity to the habits that worked for them.

As one might expect, weird writers have weird rituals. The inscrutable Gertrude Stein (“a rose is a rose is a rose”), for example, would only write for about 15 minutes a day, but found she wrote best when looking at a cow. She would drive out to the countryside with her devoted partner, Alice B. Toklas, perch on a rock and wait until Alice had shoo’d a cow into her line of vision, then set her ineffable words of, er, wisdom to paper.

Some writers only worked lying down. Marcel Proust wrote exclusively in bed, and after 10 pages, declared himself “shattered.” He had sickliness as an excuse, I suppose. But Truman Capote had to write “completely horizontal” while sipping coffee or booze, and smoking to boot. I can’t imagine anything more uncomfortable.

Everyone knows writers are notoriously dependent on stimulants. In reality, not as many are as one might think, but those that are, are, if you take my meaning. Usually it is alcohol. But some writers are multi-flaskers. If bodily abuse were an Olympic sport, Jean-Paul Sartre would own the podium. Every day he took Corydrane, a mix of aspirin and amphetamine (legal in France until 1971, when it was declared toxic and removed from the market). Sartre took 20 a day (three was the prescribed dose), chewing them like gummy bears as he wrote. He also consumed more than a quart of alcohol at cafés and bistros during and after his quotidian leisurely gourmet lunch with Simone de Beauvoir, as well as other friends and lovers. In addition, he smoked two packs of cigarettes, and consumed several grams of barbiturates daily. Apparently Stalinist fellow-travelling and weighty tomes like The Critique of Dialectical Reason require stronger fertilizer than Frappuccinos and cranberry scones.

The range of output across the writing spectrum is astonishing. James Joyce might only wrote two lines a day (perhaps because he lolled in bed all morning and worked in the afternoons). He reckoned Ulysses took him 20,000 hours to write. Martin Amis considers two hours a good day’s stint; “then you can read or play tennis or snooker” (no wonder many people think writing isn’t really work). Charles Dickens, on the other hand, was a writing machine. He required precise conditions — a window view, fresh flowers — but sat down every day at nine and wrote until two p.m. “No city clerk was ever more methodical or orderly than he, no humdrum task … discharged with more punctuality.”

Anthony Trollope, though, made Dickins look like a layabout. Trollope was at work by 5:30 a.m. and not only wrote for three hours before breakfast, but then went off to a full day’s work at a “real” job. In this fashion, he produced 47 novels plus 16 other books. I doubt he felt he was in any way exceptional since — talk about women “leaning in” — Anthony’s mother Frances, a popular writer in her own right, who wrote to support her six children and an ailing husband, used to get up even earlier at 4 a.m. and completed her writing for the day in time to serve her family breakfast.

Deadlines are a godsend to journalists, for whom “writer’s block” is an impossible indulgence. I’m bound to produce 750 words a week; whatever else I write is discretionary. So not every day is a workday for me, but those that are by choice I judge satisfactory according to the number of words I produce, not the hours I spend at the computer. Fewer than 750 words is unacceptable. More than 2,500 is unusual.

Stephen King writes for about six hours every day of the year, including birthdays and holidays, not quitting before he reaches a daily quota of 2,000 words. That’s discipline. But the king, productivity-wise, was crime writer Georges Simenon, who could produce 80 typed pages in a single session with no revisions necessary. He published 425 books, including three volumes of autobiography, under 16 different pseudonyms, and still had time to play with his children and, allegedly, have sex four times a day (mostly with women who were not Mme Simenon). This is time management of a truly superior order. Take that, Ms. Joyce Carol Oates, and your measly 50-plus novels, 36 collections of short stories and dozens of volumes of poetry, drama and essays.

So: Looking for the perfect Christmas gift for that creative person in your life — real or wannabe? Seek no further.