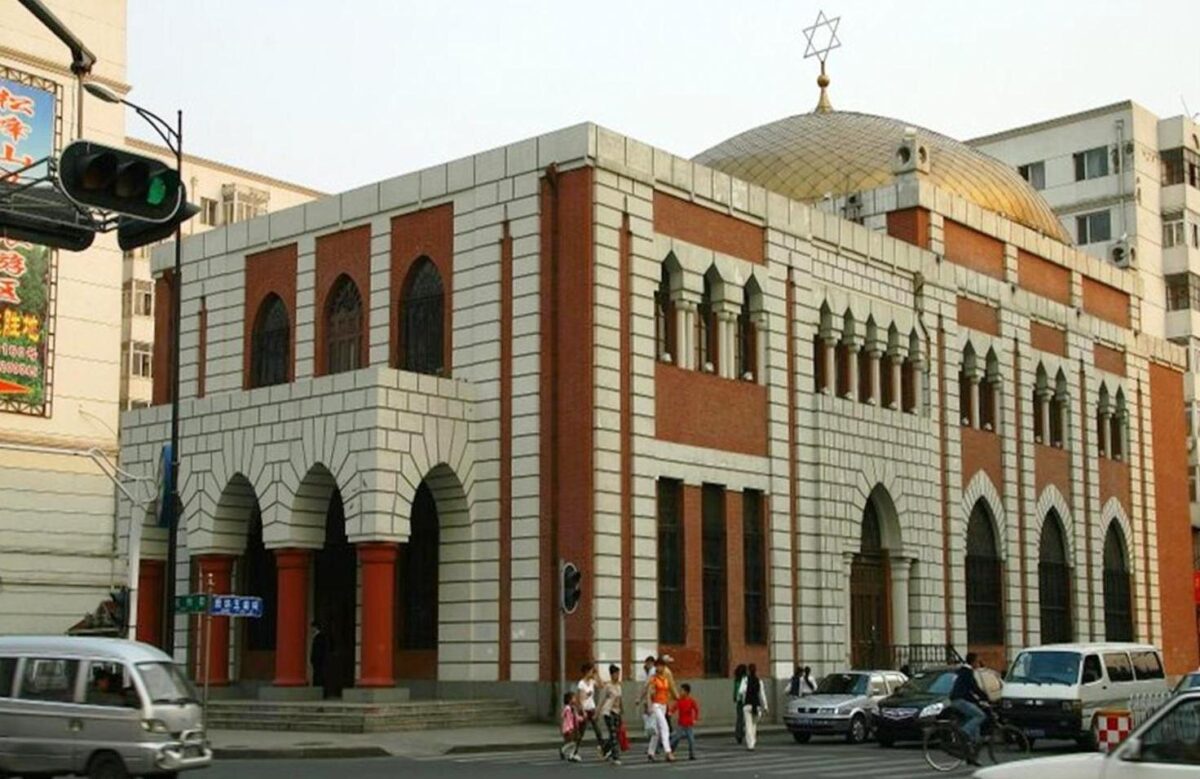 Behind the Worrisome Promotion of Antisemitism in Communist China

There are approximately 3,000 Jews in China. In a population of a billion people, that’s a statistical rounding error. The overwhelming majority of Chinese people will never meet a Jew, even though they have maintained a presence in China for 1,000 years.

So I was surprised to read, in a recent Tablet Magazine article titled “Antisemitism with Chinese Characteristics,” that since the May 2021 Israel-Gaza conflict, antisemitic tropes and sentiments have been “propagated on Chinese state media, encouraged by top Chinese diplomats, and rehashed by well-known Chinese political commentators.”

As a case in point, author Tuvia Gering points to popular ex-assembly-line worker turned media sensation Lu Kewen, who boasts 15 million subscribers to his media channel. In late May, Lu published an 8,000-character five-part rant titled “What should we make of the Jews?” It was a compilation of tired blood libels of European, Russian, and Arab provenance, with quotations from the “Protocols of the Elders of Zion” and “Mein Kampf” thrown in to spice up the toxic ragout.

Long after the conflict died down, Lu’s rabid campaign continued. The Jews, according to Lu, are “the world’s most powerful drug barons” and responsible for the mid-19th-century Opium Wars, when China was humiliated by foreign Western powers. They control American finances, naturally, and are the “ideological voice” of the United States, the “spearhead” of the West’s crusade against the Chinese people. There’s much more in this vein.

Lu Kewen may be the most dramatic of China’s antisemites, but according to Gering, there are a number of other like-minded “mainstream antisemitic influencers, celebrated academics, state-affiliated scholars and renowned strategists with access to elite policy circles.”

As we know, in China speech is heavily regulated. So if antisemitic speech is well tolerated, then we can assume it is being actively promoted by the Chinese Communist Party. Why? The author sees the trend as a sign of political fragility. He thinks Xi Jinping is doing what authoritarian nationalists generally do when they fear internal fracture: Blame the “Others” among us. Gering alludes to news reports documenting rising rates of racism, chauvinism, homophobia, and Islamophobia across the country. These are “no accident,” but part of Xi’s “patriotic education” conceived to imbue the Chinese with “cultural confidence” in their civilization’s “excellent traditional culture.”

In the West, where there are hundreds of similar antisemitic conspiracy theorists, readers and listeners can fact-check what is written and said. In China, firewalls ensure that alternate views are near-impossible to access. So this is a disturbing development.

Ironically, this fat new streak of manufactured antisemitism doesn’t replace indifference to Jews amongst well-educated Chinese people. Rather, it must actively compete with a long-established tradition of philosemitism (of a peculiarly Chinese character).

Jews in China have a long-established reputation for values the Chinese prize: a passion for education, a strong work ethic, and a flair for profitable entrepreneurism. The latter trait, often a source of resentment in the West, sparks reverence in China.

In 2004, for example, the fabulous multi-million dollar Harbin Jewish History and Culture Museum was constructed in the northeastern city of Harbin to honour the achievements of the Russian Jews who literally built Harbin, and to memorialize their ultimately tragic fate. It’s a fascinating story, and there is avid interest in learning it, so the museum’s conferences are well attended and the site is never short of visitors.

Until 1896, Harbin, population 16 million today, was nothing but a cluster of fishing villages. Then, Russia was commissioned by China to build part of the Trans-Siberian Railroad through Manchuria to cut the time in travelling from Moscow to Vladivostok. As the route would include a branch line deeper into China, a large administration centre would be necessary, so the project required experienced Russian entrepreneurs who would consent to live in a frigid backwater of Manchuria.

Coincidentally, pogroms in Russia were driving hundreds of thousands of Jews to America. Russian recruiters beguiled Jews with promises of an antisemitism-free environment in which they needn’t learn a new language, and where their prosperity was guaranteed. Thousands of Russian Jews signed on.

The first Jews arrived in 1898, and the new community was incorporated in 1903. By 1904, an article in the National Geographic reported that “one of the greatest achievements in city construction that the world has ever witnessed is now going on in the heart of Manchuria,” adding that “the capital for most of the private enterprises is furnished by Siberian Jews.”

By 1909, 12 of the 40 members of Harbin’s city counsellors were Jews. Jewish entrepreneurs created hotels, banks, pharmacies, insurance companies, department stores, publishing houses, and more. They were later joined by Jewish veterans of the 1904-’05 Russo-Japanese War, then by Jewish refugees from the pogroms, then by even more refugees fleeing World War I and the Russian Civil War.

At its peak, Harbin’s prosperous, culturally flourishing Jewish community boasted 20,000 members. They built schools, a hospital, sporting facilities, and an old-age home. They nurtured cultural talent and enjoyed its musical and dramatic fruits. For a generation, Harbin was—considering prior oppression in Russia—a Jewish paradise.

Then came the Japanese occupation of Manchuria from 1931-’45. The Japanese—in collusion with a Harbin enclave of White Russian antisemites—ravaged Jewish businesses and terrorized Harbin’s Jewish population through kidnappings, torture, and killings (beheadings a specialty). In 1945, the Soviets took over and further persecutions commenced. Those “Harbintsi” Jews who could, fled: some back to Russia, others to America or Palestine.

By 1949, Harbin was under Maoist control. There were then only about 1,000 Jews left. By 1962 there were no Jewish families in Harbin. Today there is exactly one Jew, who acts as an adviser to the museum.

Harbin is studied by Chinese academics. Books on Jews are bestsellers. Books like: “Unveiling the Secrets of Jewish Success in the World Economy”; “What’s Behind Jewish Excellence?”; “The Financial Empire of the Rothschilds”; “Talmudic Wisdom in Conducting Business”; and “Talmud: The Greatest Jewish Bible for Making Money.” (Can you spot the common thread?)

In 2007, an International Forum on Economic Cooperation between Harbin and the World’s Jews was held in Harbin. The mayor welcomed participants by paying homage to such “esteemed Jews” as J.P. Morgan and John D. Rockefeller (neither was Jewish). He then announced that “the world’s money is in the pockets of the Americans, and the Americans’ money is in the pocket of the Jews. This is the highest acclaim and praise to Jewish wisdom.”

As noted, this is Chinese-style philosemitism. But given what is said about us elsewhere in China and globally, it looks pretty good. I’ll take it.