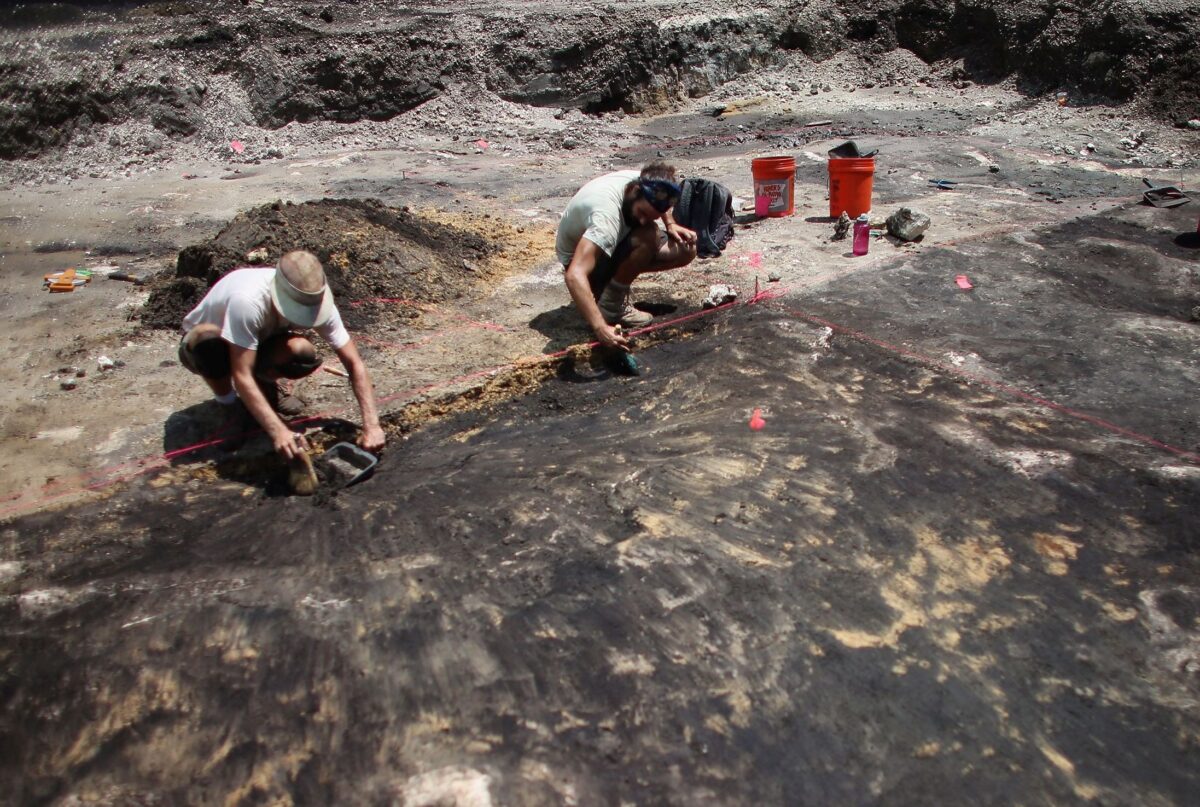 “Who controls the past controls the future: who controls the present controls the past.” George Orwell’s frequently cited dictum encapsulates the contested terrain at issue between antagonists in the domain of archeology. On one side are scientists who uphold the tradition of disinterested inquiry into our species’ origins; on the other, an academic cadre so bedazzled by progressive theories of social justice as to privilege indigenous mythology over evidence-based science.

Public attention was drawn to archeology’s internal strains by the controversy over the 1996 discovery of “Kennewick Man,” an 8,400-year-old Paleoindian skeleton in Washington State. Native American activists sought to repatriate Kennewick Man as, allegedly, a tribal ancestor of a contemporary nearby Indian community, before he could be sent to the Smithsonian Institution for proper study. They had no evidence for such a link, but the Department of the Interior took their side. The site was obliterated with 600 tons of rock and fill to prevent further investigation. (Happily, after a protracted legal debate, the scientific study was accomplished and archived in a peer-reviewed 2014 volume.)

The controversy exposed an unbridgeable attitude gap. North American natives, their identity dependent on “blood quantum,” cling fiercely to their status as America’s “first nations.” Discovered human remains with no genetic links contradict their “from time immemorial” creation myths. Moreover, the discovery of extinct precursor tribes inevitably raises the question of how they disappeared.

One perfectly reasonable answer is that they were wiped out by other tribes. But such a conclusion sits uncomfortably beside the received “branding” of indigenous peoples as gentle, co-operative, and wise people who, in pre-contact times, were innocent of the brutal ways introduced by racist, imperialist white settlers.

Even quite recent historical records belie such a fantasy, but since it is what ideologues wish to believe, and since it has been established in activist circles that truth belongs to the oppressed, it remains one of the shinier beads in the indigenous-rights catechism. Progressive allies, sympathetic to the existential plight of indigenous peoples, have supported their claim to ownership of human remains on their ancestral lands. And a guilt-ridden public tends toward automatic genuflection before all indigenous claims.

Internal strains came to a head last April at the 86th annual meeting of the Society for American Archeology (SAA), when archeologist Elizabeth Weiss gave a remote talk, co-authored with lawyer/anthropologist James Springer, titled “Has Creationism Crept Back into Archeology?” Essentially Weiss’s talk was a warning against placing animistic creation myths of the indigenous oral tradition on an equal footing with scientific evidence, such as the exciting revelations currently turning up in the increasingly sophisticated field of paleogeneticism.

An SAA audience would, one might think, welcome these advances in their field. Instead, activists attempted to block Weiss’s talk, and when that failed they filled the Chat bar with hostile accusations of “thinly veiled racism,” although race never came up in the presentation.

The SAA Queer Archeology Interest Group (the name alone speaks volumes: what need for such a sub-group in any scientific association?) charged Weiss and Springer with seeking to “foment tremendous anger and pain among SAA members.” An indigenous archeologist at the University of Alberta declared herself shocked by the presentation: “It was a very difficult experience to sit through that paper … when your very humanity and human rights are being questioned.” Another archeologist judged the paper as “racist, anti-indigenous bull**** with talking points from white supremacy.” Not only was the video of the controversial talk not posted on the SAA site, as is the norm, the SAA refused to provide Weiss with a copy (so Weiss and Springer re-recorded it.)

The ideologically “correct” approach to paleogenetic research was articulated at a 2019 Brown University conference, where a panel laid out the new “best practices” in this field, such as that “descendant-affiliated or geographically proximate communities should be consulted and engaged prior to the start of research because they may wish to speak for the ancestors.” But this begs the question of whether or not these remains are in fact their ancestors. Science says they are not. But scientists are now agreeing that it is better to pretend that they are to prevent hurt feelings and spoil the Garden-of-Eden indigenous brand.

Anthropologist Bruce Bourque documented the struggle over ownership of ancient DNA in a recent Quillette article, “The Campaign to Thwart Paleogenetic Research Into North America’s Indigenous Peoples,” well worth the time of readers interested in this topic.

Bourque describes a major project by a multinational team of paleogeneticists led by Ana Duggan of McMaster University. They investigated Maritime Archaic origins and disappearance, relying on mitochondrial DNA (mDNA) from skeletal remains found in Newfoundland and Labrador dating back thousands of years. By examining the mitochondrial genome diversity and isotopic ratios of 74 ancient remains of Newfoundland’s Penobscot people and “Red Paint” people, in conjunction with the archeological record, Bourque writes, their discoveries indicate that “[t]his northeastern margin of North America appears to have been populated multiple times by distinct groups that did not share a recent common ancestry, but rather one much deeper in time at the entry point into the continent.”

Penobscot stakeholders were unhappy with this rebuttal to their handed-down claim of kinship with the “Red Paint” people. Publication of findings was delayed because, according to Duggan, her team felt bound by “standards and ethics of research suitable for the 21st century,” requiring “discussions and agreements” with indigenous communities before “yet another ancient genome” could be published. According to Bourque, Duggan’s lab then “suddenly went dark” on the issue.

Both these scenarios as well as a fascinating third example of archeology’s decline—a new study by the population geneticists Lluis Quintana-Murci of the College of France and the Pasteur Institute and Étienne Patin of the Pasteur Institute, concerning the migrations that led to the populating of Micronesia and Polynesia—are treated in an illuminating article by Peter Wood, president of the National Association of Scholars, in the November issue of The New Criterion. The study was “a magnificent accomplishment of genetic research,” but aroused ire from indigenous allies for failing to include as “authors” any indigenous community members who provided DNA for the study. Yet today’s indigenous Hawaiians have no connection to the remains of 7,000 years ago under examination.

In all three examples, we are shown the “power of interest groups to mobilize public sentiment against a scientific investigation.” Wood’s article is titled, ominously, “Archeology’s Burial.” He concludes, “We betray the pursuit of truth for intellectual frivolity and count ourselves wise in our folly.” Just so.