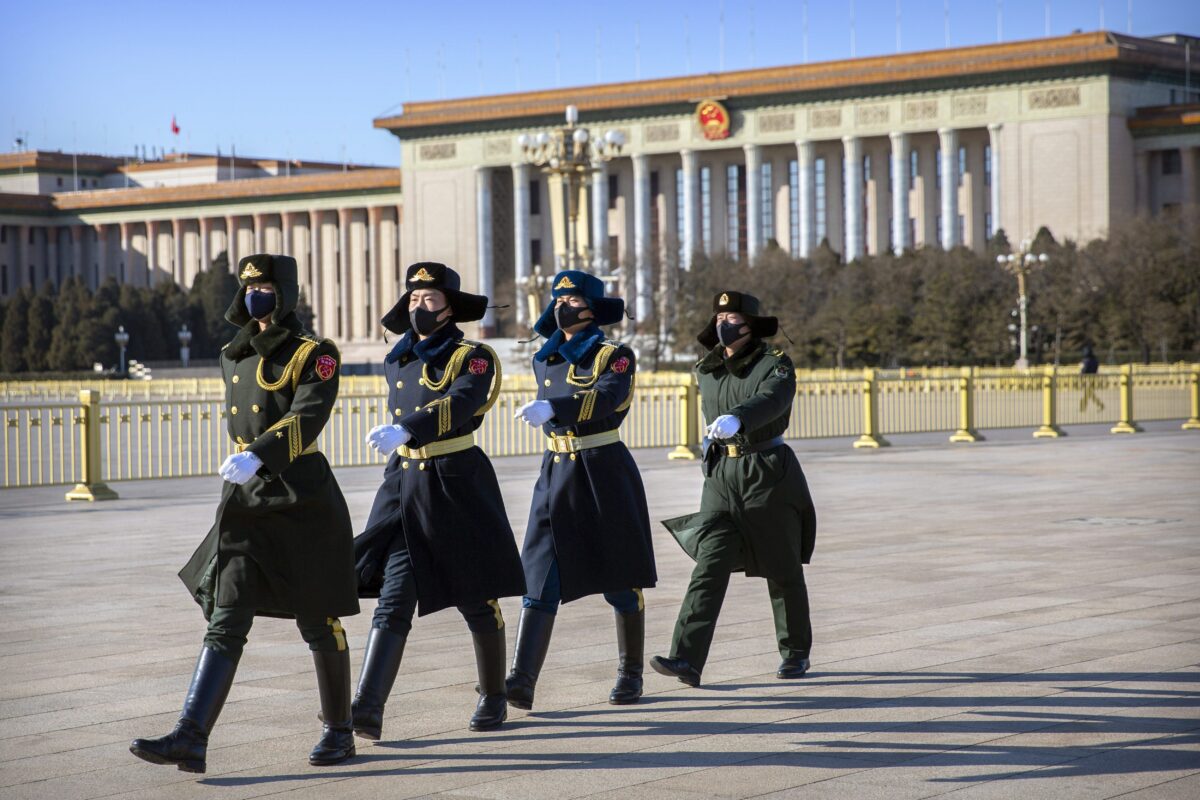 Canada Beware the Steely Claws of the Chinese Regime

The Calgary Zoo is sending Panda bears Er Shun and Da Mao, originally slated to remain through 2024, home to China. I say “home” because Pandas are never sold to zoos. China leases Pandas out in order to control their scarcity and to ensure China is the sole supplier of bamboo, Pandas’ principal source of energy (about 18 kg a day each).

Given the five-fold profit China stood to make on the recent deal to provide Canada with 130 million N95 masks—though failing to deliver most—I hate to think what that bamboo is costing the zoo.

Seems I’m not alone in my anger at the Chinese Communist Party (CCP) for taking advantage of Canada’s vulnerability in a dire situation for which the CCP is largely responsible. A new Angus Reid poll tells us that Canadians’ views of China are in “apparent freefall,” with only 14 percent holding a favourable view of that country. Only 12 percent of us want closer trade ties with China; only 14 percent approve of telecom giant Huawei’s involvement in Canada’s 5G wireless network; and 75 percent prefer that human rights and the rule of law dominate our dealings with Xi Jinping’s regime rather than economic interests. These numbers are a dramatic plunge from 2017, when 48 percent of Canadians held favourable views toward China.

Ordinary Canadians are beginning to comprehend the true nature of the CCP. They understand that our government’s refusal to acknowledge the regime’s ruthless self-interest and sprawling political ambitions as a threat to our national security is making us all victims of Beijing’s “hostage diplomacy.” Many of us can see that the tactics may have changed, but the ideology of communism is as implacable as ever in its existential drive for control—and not just control of its near neighbours, as some wistful western China-watchers would like to believe—but the West itself.

The virus of communism isn’t new, but decades of sympathy with Marxism among “tenured radicals” whose students never learn the truth about communism (they are taught it was “socialism in a hurry”), have radically weakened our cultural antibodies to its pathogens. In the early Cold War with the Soviet Union, when Marxism’s acolytes in the intelligentsia had not yet colonized the universities, the West was able to build up herd immunity to its evils. That disappeared in the next generation.

The West enjoyed certain advantages in the Cold War. Our economy was not dependent on supply chains controlled by Moscow, as we are now by Beijing. We didn’t cooperate with the Soviets in scientific projects, as we do now with the CCP. The Soviets managed to steal some research secrets through espionage, but in bits and pieces. It was nothing like the wholesale dissolution of borders in data theft that China has been effecting for years.

The Soviets did manage to infiltrate the universities, unions, intelligence services, and even presidential circles in the United States, but it happened in spite of official opposition, not with the complicity of national leaders. The Joseph McCarthy saga stands out as a bridge too far in the outing of Soviet fellow travellers, but that didn’t mean penetration wasn’t a problem. Moreover, we were all terrified of the Bomb and believed that there were circumstances in which the Soviets might use it.

China has the Bomb too, but the CCP doesn’t need to use it as a threat when there are so many other ways to conquer their perceived enemy. It helps when the designated enemy is so fearful of appearing racist that their leaders often walk on diplomatic eggs with the CCP.

CCP propaganda has apparently convinced many western governments, including Canada, that the regime’s rise is inevitable and irresistible. Our government seems to fear economic punishment if we criticize harsh CCP actions in Hong Kong, or press too forcefully on the subject of imprisoned Canadian hostages Michael Kovrig and Michael Spavor, or speak up for the persecuted Falun Gong and Ughyurs, or push back against Huawei’s 5G demands.

But economic punishment is unlikely to happen. The United Kingdom, Norway, South Korea, Sweden, and Australia have all had spats with China in the last 10 years and all been threatened, but in each case exports to China continued to rise. Last year, China found a phony pretext to ban imports of our beef and pork to punish Canada for detaining Chinese telecom executive Meng Wanzhou on a U.S. arrest warrant. But lo, when China found itself in a food deficit, the ban was lifted.

In the Angus Reid poll cited above, when Canadians were asked whether they agree or disagree that the “Chinese government has been transparent and honest about the COVID-19 situation in that country,” a wide majority either disagreed or disagreed strongly. They are correct in their view. The evidence is in on the CCP’s lack of transparency, to put it mildly. But our government is not acting in accordance with what they know.

Still, the poll was extremely embarrassing for Trudeau, and seemed like a nudge toward some gesture of self-respect. Last week, Canada’s ambassador to Canada, Dominic Barton, surprisingly projected a tougher tone, calling for a “rigorous review” of the WHO’s handling of the pandemic when the crisis is over. But when asked at his May 13 daily news briefing to elaborate, Trudeau undermined Barton’s message: “It’s totally normal that we be asking questions about how different countries are behaving, including China,” he said. Different countries? But China is the only country whose behaviour has been so calculatedly irresponsible as to cry out for formal investigation. In that one stroke, Trudeau assured the CCP the ambassador’s stern tone was form, not essence.

The Mandarin Chinese word “kowtow” is universally understood as an act of deep respect demonstrated by prostration. It also spells out who is the boss of whom. In refusing to express displeasure with the CCP’s handling of the coronavirus, as in so many other things, our leaders are kowtowing to the Party and acknowledging its hegemony.

Pandas look so cuddly it’s easy to forget they are still bears, with a bear’s steely claws. The details on just how penetrating and how deeply embedded CCP claws are in Canada’s viscera can be found in veteran foreign correspondent and seasoned China hand John Manthorpe’s revelatory 2019 book, “Claws of the Panda: Beijing’s Campaign of Influence and Intimidation in Canada.” Depressing as it is, I urge Canadians to read it.

It doesn’t matter how often or how low our leaders kowtow to appease the Panda. The Panda’s appetite is never satiated. To the greedy CCP, Canada is nothing more than a vast unguarded forest of bamboo, theirs for the taking.

Barbara Kay has been a weekly columnist for the National Post since 2003, and also writes for other publications including thepostmillennial.com, Quillette, and The Dorchester Review. She is the author of three books.