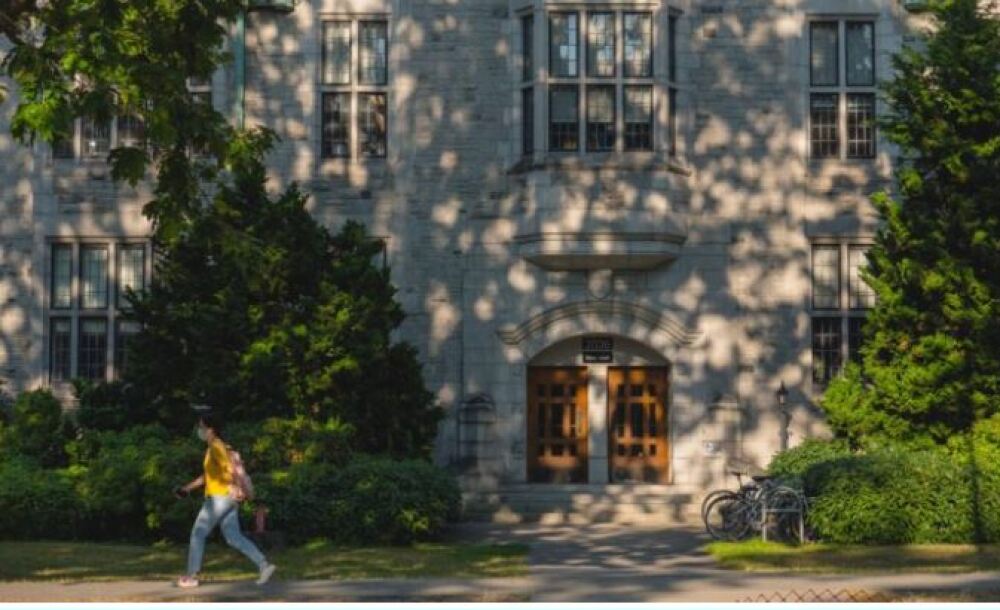 Before the Lindsay Shepherd affair in 2017, the general public was largely unconscious of the extreme campus bullying that can result when campus community members dissent from contemporary ideological orthodoxy, writes Barbara Kay. (AlbertArt/Shutterstock)

The Ottawa-based Macdonald-Laurier Institute used to run a lively series called The Great Canadian Debate. In 2014 I took the affirmative side in one such, whose resolution was “Free speech in Canadian universities is an endangered species.” My opponent was a staunchly leftist York University professor.

He opened with the question: “Does every crackpot, eccentric, provocateur, or bona fide activist have a right to speak on campus?” He claimed that, since fewer than 25 of about 2,000 invited speakers a year across Canada are deplatformed, that is an insignificant price to pay for the racial and gender diversity the modern university can boast of. As for students disappointed at being deprived of exposure to these “provocateurs,” they “can find them on the Internet.”

My opponent dumbed the problem down to “deplatforming.” But that is only one aspect of what we now call cancel culture. Cancel culture evolved from what in the 1980s and 1990s was known as “mobbing.” (This ugly persecutory syndrome has been most articulately parsed in a book and many articles by University of Waterloo sociologue Kenneth Westhues.)

The general public was largely unconscious of the extreme campus bullying that can result when campus community members dissent from contemporary ideological orthodoxy. Then, thanks to a struggle-session recording published in mainstream media, the Lindsay Shepherd affair in 2017 shocked the general public into awareness of the price to be paid for intellectual neutrality in the classroom. Since then, amassed anecdotal evidence throughout the West suggests that cancel-culture tribulations of both Canadian teachers and students whose opinions beat against the progressive current has not merely grown, but metastasized.

In an effort to provide more objective evidence that Canadian universities are suffering the same crisis already documented by other countries, the Macdonald-Laurier Institute has just published a report on this subject, titled “The Viewpoint Diversity Crisis at Canadian Universities: Political Homogeneity, Self-Censorship, and Threats to Academic Freedom.” Authors are Trent University history professor Christopher Dummitt and Zachary Patterson, associate professor at Concordia University’s Institute for Information Systems Engineering.

Based on a Leger survey conducted in March 2022, with the aim of understanding how the general public and professors themselves think about the role of universities and university professors in Canada today, the authors state that their report reinforces international surveys “and backs up the position that Canadian universities are homogenous monocultures where academic freedom is under threat.” The numbers, they conclude, indicate an environment “seriously deficient in viewpoint diversity” at Canadian universities, which have become “politically homogenous institutions.”

It turns out, according to the survey, that my 2014 debate opponent’s views reflect those of about 33 percent of the 88 percent of professors who identify as left-leaning. His far-left tranche believes it is justifiable to curb academic freedom and to “cancel” their colleagues in the interest of social-justice objectives.

They argue that: The victims of higher education cancel culture are “cherry-picked anecdotal examples”; they are “individuals facing consequences for their bad actions”; those concerned about cancel culture “are merely resistant to social and political progress at best, and at worst, defenders of racism, sexism, homophobia, and oppression”; and that even if there is an imbalance of opinion, “professors can be trusted not to bring their politics into the classroom.” In fact, some leftist academics claim that “the neoliberal takeover of higher education” is the more serious problem.

In a question regarding “hostile climate,” left-leaning professors were far less likely, at 14 percent, to report feeling hostility than right-leaning professors, at 40 percent. As to a question regarding concern “about losing your job, having your reputation damaged, facing major adversity or missing out on professional opportunities” if their opinions on a variety of subjects—particularly EDI, (equity, diversity, inclusion), social justice, and gender identity—became known, almost 88 percent of left-leaning professors were either “not very worried” or “not worried at all.” On the right, a full 44 percent were “somewhat” or “very worried” about facing negative consequences.

Gender is especially charged terrain. One participant commented: “Topics related to human sexuality and gender are policed in such a way that it is better to just find other areas to research.” Another: “I used to publish papers on issues of sexuality and gender identity, but I no longer write or speak publicly about them.” In general: “There is a constant need to bite one’s tongue both in the classroom and in research”; and “So much anxiety among my colleagues that even … conservatives pretend to be staunch leftists.”

According to the authors, online campaigns urging a boycott persuaded potential respondents to opt out of survey participation. Facebook comments, several Twitter threads, and an online article directed at academic historians were all “written by left-leaning scholars and they suggested that our survey was a political act by right-leaning scholars.” Ironically, given the subject of the survey, the Facebook thread explicitly encouraged the survey dissidents to contact the research offices and presidents of the authors’ universities “in order to have the survey shut down completely.” Cancel culture? Q.E.D.

The report’s alleged “good news” is the overall widespread support for academic freedom among Canadian professors. Responding to a scenario in which a professor’s research conflicted with “social justice goals,” 68 percent of professors said they would prioritize academic freedom, a higher figure than in the general population!

Hmm. That is indeed a curiously high figure. I would have liked to see a double follow-on question and the affirmative percentage elicited by the second part, namely a) “Has any of your colleagues been targeted for cancellation over their heterodox opinions?” and b) “If yes, did you come forward in that colleague’s defence, citing their right to freedom of speech?” It’s all very well to say you believe in academic freedom. But the single most common refrain from those cancelled is the curtain of omerta that falls over their colleagues, and the resulting anguish they feel in their isolation.

Another intriguing finding was the disparity in comfort with cancel culture between the sexes. Over 56 percent of male professors prioritized academic freedom as compared to only 31 percent of female professors. A possible explanation is that feminism is a Marxism-inspired ideology, whose intellectual gurus are strongly committed to intersectionality and social justice, with no qualms about privileging equity over merit-based admission and advancement.

The report concludes with sensible recommendations, beginning with an Academic Freedom Act, which would insist that, in order to receive funding, higher education institutions would need to abide by fundamental principles that Epoch Times readers will doubtless approve. Perhaps in time this report will inspire action. Alas, it will not happen during our present woke government’s tenure.