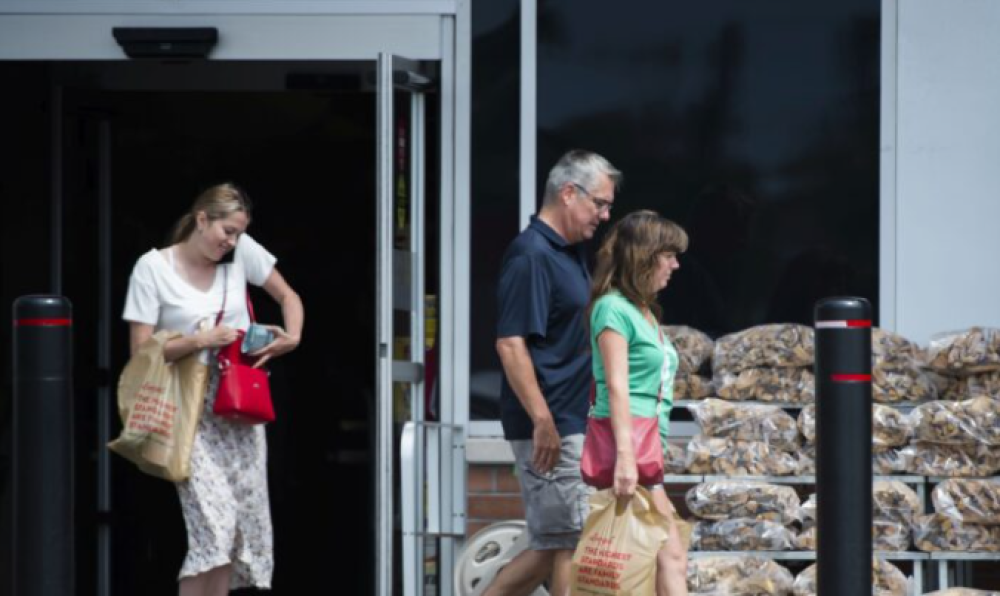 Canada’s ‘Plastic Ban’ Will Have Zero Impact on Ocean Pollution

Eco-warriors neither slumber nor sleep in their pursuit of universal sustainability. Plastic looms large on their enemies list because of its non-biodegradability. Three years ago, Prime Minister Justin Trudeau promised his government would phase out the production and use of hard-to-recycle plastic items, with the goal of zero plastic waste by 1930.

Thus, on June 20, Environment Minister Steven Guilbeault issued “a comprehensive plan to ban harmful single-use plastics and keep them out of the environment,” to become effective in December. On the to-be-banned list of plastic materials: checkout bags; cutlery; food-service ware; ring carriers; stir sticks; and—with disability exemptions—flexible straws, which will be sold from behind the counter, in the apparent belief, as my colleague John Robson wryly observed, “that we’ll be too stupid to discover their existence. As with cigarettes.”

It is true that in spite of decades of nagging about pollution and littering, Canadians are not nearly so conscientious as we’d like to think we are. The Great Canadian Shoreline Cleanup project in 2019 removed more than 163,000 kilograms of plastic waste from nearly 4,000 kilometres of shoreline in Canada. The documented haul included more than 12,000 plastic bottles, 12,480 plastic straws, and almost 17,000 plastic bags. This disgusting litter is aesthetically nasty. But the good news is that it can be cleaned up with relative ease.

The Great Pacific Garbage Patch in the North Pacific Ocean, on the other hand, is a truly serious problem. Greenies would have us believe that since that gargantuan collection of marine debris derives from land-based sources, we Canadians are guilty parties to this eco-crime. But in fact, the patch is mainly composed of nets and gear from fishing. The nets entangle and kill sea animals, not the plastic bags and beer-can rings, which are present, but mostly come from China, thrown in the water from fishing boats. A 2017 study in Nature Communications concluded that 86 percent of the debris is “mismanaged plastic waste” out of Asia, with Africa and South America accounting for virtually all the rest. Our plastic straws mostly find their way to the garbage. Banning them is pure virtue-signalling.

Canadians experiencing guilt about their plastic usage will find relief amounting to moral absolution in the well-annotated fruits of John Tierney’s research into the subject, distilled into a fascinating 2020 City Journal article, “The Perverse Panic over Plastic.” Tierney has become quite an expert in the field of human-generated waste, and his investigative reporting in that area has been, epistemically speaking, a life-altering experience for me.

I used to hold conventional views on the subject of landfills for garbage disposal, for example. They are terrible for the environment, right? Then I read Tierney’s June 30, 1996, feature article for the New York Times Magazine, an in-depth refutation of recycling’s alleged benefits and a robust defence of landfills, titled “Recycling is Garbage.” It’s only a small exaggeration to liken its impact on me to an epiphany.

In it, Tierney asserts, “Recycling may be the most wasteful activity in modern America: a waste of time and money, a waste of human and natural resources.” Then he produces a mountain of evidence to prove he’s right. Readers learn that even as far back as 1996, there was no reason to worry about toxic leakage from landfills, always one of my concerns: “Modern landfills must be lined with clay and plastic, equipped with drainage and gas-collection systems, covered daily with soil and monitored regularly for underground leaks.”

But we’ll run out of space for the landfills, won’t we? No. If big cities like New York can have all their food needs shipped from farm country, why shouldn’t they ship their waste to where land is plentiful and cheap? If gathered in one space, New York’s annual garbage output would occupy 15 square city blocks, 20 stories high. That’s a daunting image. But “if Americans keep generating garbage at current rates for 1,000 years, and if all their garbage is put in a landfill 100 yards deep, by the year 3000, this national garbage heap will fill a square piece of land 35 miles on each side.”

For perspective, this garbage would occupy only five percent of the area needed for the national array of solar panels proposed by environmentalists., or one tenth of one percent of the range land now available for all U.S. grazing. Additionally, as with previous landfills, the trash would all be covered by grass, blending into the nation’s 150,000 square miles of parkland

Don’t you feel better already? Tierney says his piece “set a record for hate mail,” and I can well believe it. Now, back to plastic bags.

There’s nothing wrong with plastic “single-use” bags that are in fact used numerous times by most people. They’re gossamer-thin yet hold many pounds of produce. They are cheap to produce and energy-efficient, using little water or other natural resources in their manufacture and easily transported in mass quantities. They take up a miniscule amount of space in landfills, and unlike decomposing cotton and paper bags, do not emit methane or other greenhouse gases. The pittance of carbon extracted from natural gas used in their manufacture can be safely sequestered in modern landfills. Twelve plastic grocery bags can fit in the space occupied by one paper bag. According to Tierney, you would have to re-use a cotton bag 173 times to offset its manufacturing carbon footprint. But typically, totes are only used about 15 times.

By coincidence, but presciently, since Tierney’s article on plastic was published before the pandemic, he writes that if we really want to be more environment-friendly, we should order our groceries online, a practice that many people began of necessity and will continue. A few trips to the supermarket will vitiate a year’s worth of plastic-bag deprivation, considering the energy used by your car, not to mention in washing those bacteria-ridden tote bags.

Even though plastic bags get a bad rap, plastic is not always environmentally innocent. In the United Kingdom, 11 billion wet wipes that contain plastic are used each year, and they are coagulating into “fatbergs”—one is “the size of two tennis courts”—in the London sewage system. Ugh! Now there’s a ban I could happily support.